In a recent decision in the TCC (Municipio de Mariana v BHP Group plc and BHP Group Ltd [2020] EWHC 2930 (TCC)), Mr Justice Turner struck out as an abuse of process a group damages claim where group and individual claims relating to the same disaster were also proceeding before the Brazilian Courts.  Had it been allowed to proceed, the claim (which involved 235,000 claimants) would have been the largest group claim brought to date before the English Courts.  In giving his judgment, Mr Justice Turner noted that "[t]he claimants' tactical decision to progress closely related damages claims in the Brazilian and English jurisdictions simultaneously is an initiative the consequences of which, if unchecked, would foist upon the English courts the largest white elephant in the history of group actions".  Mr Justice Turner's observations also extended to the huge volume of evidence and submissions which the parties had produced by the time of the hearing which Mr Justice Turner described as having "deteriorated into a forensic arms race".

The claim arose out of the collapse of the Fundão Dam in Brazil in November 2015 which released vast quantities of toxic iron ore residue over the surrounding area, killing 19 people and causing widespread devastation to the area and pollution of local water supplies.  The Dam was operated by Samarco Mineração SA (Samarco), a joint venture between Vale S.A. and BHP Brasil.

Shortly after the disaster, a group claim by several public authorities, including the Federal Government was brought against Samarco, Vale S.A. and BHP Brasil in Brazil.  This claim was settled in 2016 by the defendants setting up an entity (Fundação Renova (Renova)) to implement remedial programmes in the affected area to deal with the environmental impact of the disaster as well as to compensate individuals and small businesses for the losses they had suffered.  By the time of the hearing, Renova was reported to have made payments under the scheme in excess of £1.4bn.  Despite the intention that the Renova Scheme would provide full redress to those affected by the disaster, further group actions and individual claims have since been brought against Samarco and its shareholders in the Brazilian Courts.

In addition to the Brazilian proceedings, companies in the BHP Group have also faced claims in the US and Australian courts as a result of the disaster.

In November 2018, a £5 billion group action in the English High Court was commenced against BHP Group Plc (BHP Plc), an English company, and the three defendants to the Brazilian proceedings (although the English claims against the Brazilian defendants were subsequently discontinued).  BHP Group Ltd (BHP Ltd), an Australian company, was subsequently joined to the English proceedings by the claimants.  BHP Ltd is linked to BHP Plc in a dual listed company arrangement which provides for a unified management structure.  BHP Ltd is the ultimate owner of BHP Brasil.  The claimant group comprised 235,000 individuals and organisations, including municipal governments, utility companies, indigenous tribes and the Catholic Church.  The central substantive issue on liability in the English proceedings was whether BHP Plc and BHP Ltd were liable to the claimants as indirect polluters or otherwise in respect of the consequences of the failure of the Dam.  It was accepted by the claimants that BHP Plc and BHP Ltd would not be subject to claims in Brazil although both companies had agreed to submit to the jurisdiction of the Brazilian courts.  BHP Plc and BHP Ltd applied to strike out the claim on the basis that the English proceedings were pointless since all of the claimants in the English proceedings had access to satisfactory means of redress for the losses they had suffered by means of the remedies available to them in Brazil (e.g. through the Renova Scheme).

BHP Plc and BHP Ltd applied to bring the English proceedings to an end on 4 grounds:

Whilst Mr Justice Turner considered that he had sufficient grounds to strike out the claims against each of the BHP Defendants as an "abuse of process", he nevertheless also made findings in respect of the three remaining grounds of the application in the event that his findings on the first part of the BHP Defendants' application were subsequently overturned on appeal.  Even if he were wrong in finding the English proceedings to be an "abuse of process", the Judge considered that the claims should be stayed in any event under Article 34 of the Recast Regulation and forum non conveniens and/or the Court's case management powers.

In determining whether proceedings amount to an "abuse of process", Mr Justice Turner noted that the Court needs to consider whether the proceedings amount to "a use of the court process for a purpose or in a way which is significantly different from the ordinary and proper use of the court process" (Her Majesty's Attorney General v Barker [2000] 1 F.L.R. 759).  However, before exercising its power to strike out a claim as an "abuse of process", the Court must examine the circumstances of the case scrupulously in order to ensure that "to strike out the claim is a proportionate means of achieving the aim of controlling the process of the court and deciding cases justly." (Summers v Fairclough Homes Limited [2012] 1 W.L.R. 2004).  Mr Justice Turner also noted that the English Courts have shown less reticence in finding that there has been an "abuse of process" in circumstances in which a claimant has already taken (or forgone) the opportunity to bring their claim in other proceedings.  As noted by the Court in Henderson v Henderson (1843) 3 Hare 100 "…there should be finality in litigation and…a party should not be twice vexed in the same matter."  Bearing these points in mind, and in reaching the conclusion that the English proceedings against the BHP Defendants were an "abuse of process", Mr Justice Turner took into account the following factors:

In summary, the Court was satisfied that the claims would be not merely challenging but also irredeemably unmanageable if they were allowed to proceed in England.

In addition to its "abuse of process" strike-out application, BHP Plc applied to stay the claims against it on the basis of Article 34 of the Recast Regulation1.  Under Article 4 of the Recast Regulation, EU companies should be sued in the Member State of their domicile – in the case of BHP Plc, England – even where a more appropriate alternative forum (forum conveniens) for the dispute may exist.  However, Article 34 contains an exception to this general rule [Fig. 1].  Where the conditions set out in Article 34 are satisfied, a Member State court may stay proceedings brought before it where related proceedings are already on-foot in a Non-Member State (Third State).

For the reasons already given by the Court in the context of "abuse of process", and noting that there was no reason why a Brazilian judgment would not be capable of recognition and enforcement in England, Mr Justice Turner held that all three conditions of Article 34 would be satisfied to order a stay of the claims against BHP Plc were the Court's ruling on "abuse of process" to be overturned on appeal.

For more information on Jalla v Shell, please refer to our separate briefing.

As an Australian company, BHP Ltd was not caught by the Recast Regulation and therefore was free to rely on the doctrine of forum non conveniens to argue that the English claims against it should be stayed in favour of the Brazilian courts.  In considering BHP Ltd's application, Mr Justice Turner applied the well-established two stage test set out in Spiliada Maritime Corp v Cansulex [1987] AC 460 [Fig. 2].

In relation to the first stage, Mr Justice Turner found that Brazil was the "natural" forum on the basis that: (i) the tort occurred in Brazil; (ii) the governing law was Brazilian; (iii) the Brazilian court was far more accessible to the majority of parties and witnesses; (iv) the Brazilian judge managing the Brazilian claim was already aware of complexities of the claims; and (v) both BHP Defendants had offered to submit themselves to the jurisdiction of the Brazilian courts.

In relation to the second stage, Mr Justice Turner considered that the circumstances in this case were not such that the interest of justice would prevent him from granting a stay of the proceedings against BHP Ltd.  He noted that: (i) the claimants could equally bring proceedings against the BHP Defendants in Brazil; (ii) the English proceedings were not likely to be concluded more promptly than the Brazilian claims due to the scale and complexity of the litigation (he gave the example of a group litigation currently in the English Courts which was commenced five years ago and was considerably less complex than this claim) and the fact that it would be "hobbled at every turn by parallel developments in Brazil"; (iii) there was not sufficient evidence of impecuniosity as a barrier to justice as legal aid was available in Brazil and applying for compensation through Renova itself carried no costs consequences. Accordingly, Mr Justice Turner concluded that England was forum non conveniens.

Lastly, Mr Justice Turner considered the BHP Defendants' application to stay the proceedings, applying the Court's inherent powers of case management.  For all the reasons already given in his judgment, Mr. Justice Turner said that he would also have granted a stay on this basis; however, were his findings on "abuse of process" and the other two grounds to be overturned on appeal, he doubted, since it was parasitical on his findings on these grounds, that a stay on grounds of case management would be sustainable.

This decision indicates that the English Courts are willing to adopt a robust approach to issues of jurisdiction where overseas claimants who have a valid and effective means of recourse elsewhere seek to rely upon an English anchor defendant to bring mass group action claims before the English Courts.  For proceedings commenced before the end of the transition period, overseas claimants should not assume that as a result of Article 4 of the Recast Regulation, they will have an automatic right to bring their claim before the English Courts merely because it can be linked to a potential English defendant company.  For proceedings commenced after the end of the transition period, Article 4 will not apply in any event.

This decision can be contrasted with the 2019 decision of the Supreme Court in Vedanta, which permitted thousands of Zambian villagers to pursue a legal challenge in the English Courts against a mining company concerning the alleged pollution in Zambia from copper mine waste.  In Vedanta, the Supreme Court was highly influenced by the fact that the claimants were living in poverty, could not obtain legal aid and would be prohibited by Zambian law from entering into conditional fee agreements and therefore there was a risk the claimants would be denied access to justice if the claims did not proceed in England.

What is clear from these two decisions is that on any application to strike out/stay overseas group actions, the English Courts will look closely at the circumstances of each case, in particular the available sources of remedy available to the claimants, before reaching a decision on whether such proceedings should be struck out or stayed.

Stay may be granted where:

1. The Recast Regulation continued to apply to the UK during the Brexit Transition Period. 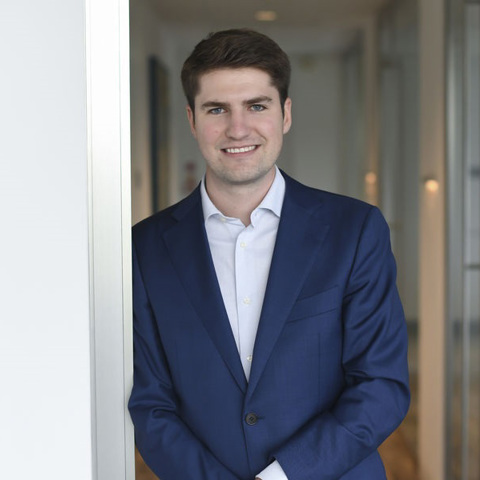