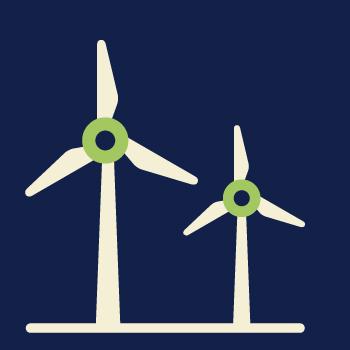 On 2 March 2020, the Department for Business Energy and Industrial Strategy ("BEIS") announced details of the next round of the Contracts for Difference scheme ("CfD"), one of the few remaining low carbon electricity financial support schemes. Details of the proposed amendments to the scheme are set-out in a consultation paper1, which invites views from stakeholders and interested parties until 22 May 2020.

Press coverage has been focused on ramifications for the UK onshore wind sector, which has been in a period of stagnation following the election in 2015 of the Conservative government and its subsequent planning and policy agenda. The consultation effectively reverses the Government's withdrawal of financial support for certain renewable energy technology types. The renewables sector has broadly welcomed the proposals, which confirm that previously excluded "established technologies" such as onshore wind and solar will be eligible to participate in the 2021 CfD rounds.

CfD guarantees a fixed price for eligible generators of renewable energy. These agreed fixed rates are designed to incentivise generators by de-risking the large upfront investment costs of low-carbon energy infrastructure projects. The proposed changes will impact the fourth CfD allocation round ("AR4"), expected to take place in 2021.

The contracts for difference scheme

BEIS proposes to tweak, rather than overhaul, the Pot definitions:

AFTER: Coal-to-biomass, currently part of Pot 1, would no longer be eligible.

AFTER: Offshore wind, currently part of Pot 2, may be moved to a new "Pot 3". Floating offshore wind may be classified as a separate technology from other offshore wind.

For "shovel-ready" onshore wind projects already holding planning permissions, the upcoming changes to CfD may well offer the incentive they need to get development underway. For projects still to obtain planning permission, however, significant hurdles remain. Planning policy brought into effect in 2015 represents a de facto block on onshore wind. In order to obtain planning permission, first, the proposed development site must be in an area identified as suitable for wind energy development in the development plan, and second, it must be demonstrated that the planning impacts identified by the affected local community have been fully addressed and therefore the proposal has their backing; in all other cases, applications should not be considered acceptable.4

A Friends of the Earth investigation in May 2019 found that, of a sample of 20 local plans, more than half did not identify any suitable site for wind development.5 Even where a development can get over this first hurdle, local communities then have a final say, resulting in tensions between developers and those geographically impacted by the deployment of schemes, which can result in complaints over nuisance, noise, visual and biodiversity impacts. The perceived blocks to wind development are borne out by the Government's Renewable Energy Planning Database6, which shows that approximately two thirds of onshore wind projects in England and Wales which enter the planning system have not become become operational, in the majority of cases due to failure to secure planning permission either in the first instance or on appeal.

Recognising the ongoing debate over community concerns (or, less generously, "NIMBYism"7) blocking the Government's road to net zero, the consultation paper discusses the need for developments to be accompanied by an appropriate package of community benefits, which should last the lifetime of the project. The Government also suggests establishing a register of projects and community benefits, in the interests of sharing best practice. The paper lists several developments which exemplifying good practice. The most recent of these, Brenig Wind Farm, involved Chinese developer CGN committing almost £4m over 25 years to a community benefit fund, which will be available for local projects such as community transport or recreational activities. Combined with the increase in awareness of climate change issues in the last 5 years since the restrictive planning policy came into effect, there is some hope that such financial benefits will be enough to counter local objections.

The government's proposals have mostly been received positively, with the hope that they will encourage a resurgence of renewable energy projects, and represent "the UK’s cheapest new energy source – onshore wind – being brought in from the cold".8 Although an increasing number of subsidy-free solar and other renewables projects are being deployed9, this is not without risk, and CfD may offer projects that have been waiting to break ground the incentive they need to do so.

It is also positive to see the Government focusing on emerging technologies, such as floating offshore wind, where projects need to be de-risked in order to be viable, yet have strong potential to deliver returns. A dynamic approach to technology can only help in delivering a diverse and competitive market for renewable energy deployment and the volumes of renewable energy required to meet the net zero target.

Many thanks to JJ Ball for his contribution to this piece.

2 The LCCC is a government-owned private company. The LCCC is counterparty to the contracts awarded in CfD allocation rounds (auctions) and its primary role is to issue the contracts, manage them during the construction and delivery phase and make CfD payments.

3 BEIS Consultation, biomass conversions which are not otherwise subsidised may apply to participate in the Capacity Market.

5 https://policy.friendsoftheearth.uk/reports/onshore-wind-its-delivery-being-hampered-lack-identified-areas-local-plans 12 plans did not identify any suitable area, 5 plans did identify a suitable area, 3 authorities intended to identify suitable areas in forthcoming allocation documents which in FoE's view was insufficient to meet the requirements of the NPPF.

7 'Not in my back yard' - the practice of objecting to something that will affect one or take place in one's locality.

9 Estimated 18GW by 2030 in Great Britain, Aurora Energy Research; cf. the Government's goal to deploy at least 30GW of wind alone by 2030 according to the Offshore Wind Sector Deal.

Cancelling an event due to COVID-19 – what’s the fall out for a consumer-facing business?

COVID-19: closing the deal when the office is closed

Building back better, greener and faster