Early this month, the Court of Appeal handed down an important judgment in Phones 4U Ltd v EE Ltd and Others ("Phones 4U"). The judgment results from an appeal by the defendant mobile network operators of a disclosure order requiring them to request their senior executives to hand over personal devices so that they could be searched by independent IT consultants for documents relevant to the case. The judgment illustrates how the courts will balance the need to ensure disclosure of relevant documents in court proceedings against individuals' rights to privacy, and emphasises the considerable latitude the courts have in crafting orders for disclosure.

Background to the case

The claim was commenced in 2018, following the collapse and entry into administration of the mobile retailer Phones 4U, as a result (it alleges) of the defendant mobile network operators colluding unlawfully to end their contracts with the retailer. Each of the mobile network operators denies engaging in anti-competitive conduct and says there were legitimate commercial reasons for bringing the contracts to an end, as well as pre-existing financial problems at the retailer.

At a case management conference last year, the claimant sought disclosure of relevant documents from the defendants' senior executives' personal devices, on the basis that the alleged unlawful collusion was likely to have been covert and potentially conducted via those devices.

It was common ground that, to the extent that those personal devices had been used by the relevant individuals to send and receive work-related communications, then those work-related communications were within the "control" of the defendants for the purposes of disclosure under CPR 31 (although of course any personal materials on the devices were not).  However, what was not common ground was the extent to which the defendants could be required to request that the individuals deliver up their personal devices in order that they could be searched for any relevant communications.

Following a two-day hearing, Roth J ordered the defendants to write to certain of their senior executives (the "Custodians") to request them to give the defendants' independent IT consultants access to their personal mobile telephones, including personal email accounts, so that those sources could be electronically searched for relevant documents. The defendants appealed the order to the Court of Appeal.

This case involved disclosure under CPR 31, and therefore did not engage the newer rules contained in the Disclosure Pilot Scheme in the Business and Property Courts ("DPS") (under CPR Practice Direction 51U).  However, it is potentially of relevance to cases under the DPS too, as the two regimes share many common concepts.

A party's duty to disclose documents under CPR 31 is limited to documents which are or have been in the party's control. This means the document is or was in the party's physical possession, the party has or has had a right of possession to it or has or has had a right to inspect or take copies of it. The definition of control for the purposes of the DPS (in Appendix 1 to PD 51U) is very similar.

The defendant mobile network operators' two key arguments before the Court of Appeal contended that Roth J had erred in making the order because:

The Court of Appeal decision

In dismissing the appeal, the Court of Appeal held that the court had jurisdiction to direct the defendants to make the request of the Custodians.  This was on the basis that the order related to disclosable documents in the defendants' control, was a direction "as to how disclosure is to be given" (under CPR 31.5(8)) and was reasonable and proportionate in the context of the claim. Overall, the Court of Appeal was satisfied that the order provided a pragmatic and workable solution to the issue at hand.

In reaching its decision, the Court of Appeal also provided useful guidance on a number of other issues, discussed further below.

1. Are work-related documents on employees' personal devices within their employer's "control"?

The short answer, affirmed by the Court of Appeal, is yes. The starting point for disclosure under CPR 31 is that a party's duty to disclose documents is limited to documents which are (or have been) in its "control". It was common ground that under English law the work-related emails and messages on the Custodians' personal devices sought by Phones 4U were in the control of their employers, the defendant mobile network operators (although of course any personal emails and messages on the devices were not).

2. How should a need for disclosure be weighed against an individual's right to privacy?

The Court of Appeal agreed that, because the devices in question were the personal property of the Custodians and likely to contain personal and private information, Roth J's order represented an interference with the Custodians' right of privacy under article 8 of the European Convention on Human Rights. However, the question was then whether that interference was "proportionate" when weighed up against the need for "due and efficient administration of justice".  In holding that Roth J's order was proportionate in this regard, the Court of Appeal stressed that:

3. What happens if voluntary requests are declined?

A Custodian receiving a court-ordered letter from their employer (or former-employer) would be fully within their rights to politely decline to hand over access to their personal device and personal emails to be searched by an IT consultant. So then what? In this case, the court was at pains to be "pragmatic and sensible". By making an order directed to the defendants, requiring them to seek voluntary cooperation from the Custodians, the court was attempting to abridge or "short-circuit" the usual procedure. However, if the requests to some or all of the Custodians were declined then the claimant's remaining options would be to apply for orders against the defendants for specific disclosure (under CPR 31.12) or orders for third-party disclosure against the custodians directly (under CPR 31.17). Both options were available at the outset, but the claimant (and the court) wanted to try to avoid the costly applications and hearings that they might entail.

Practical implications of the decision

It is likely that employees' personal devices will have an increasingly important role in disclosure as the Covid-19 pandemic has forced record numbers of employees to work remotely / from their homes, where they may not have a separate work computer or mobile phone. The Court of Appeal's decision in this case was made against a backdrop of allegations of collusion and deliberate concealment, but its reasoning may well come to be extended to cases where such allegations are not present. The Court of Appeal's statements that the courts have "maximum latitude" to direct disclosure and that disclosure rules are not "intended to create an obstacle course" for parties suggests a trend in favour of practical solutions and away from overly technical or legalistic arguments about disclosure.

It is also notable that, in reaching its decision, the Court of Appeal noted but declined to engage with some thorny issues which may arise in subsequent cases, including: 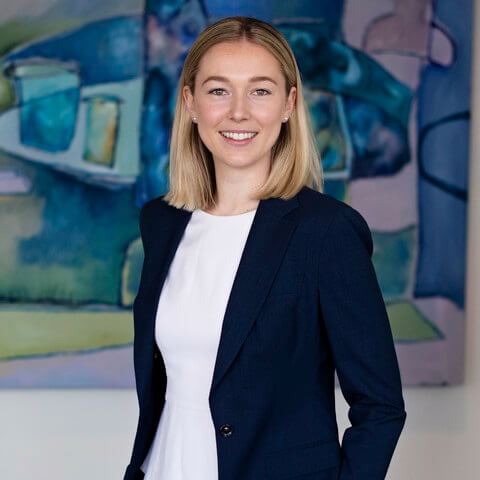