Executive Incentives: What future for LTIPs?

In its recent report on UK Corporate Governance, the Business, Energy and Industrial Strategy Committee made recommendations for reforms that could, if adopted, mark a change in the structure of executive remuneration packages.

Despite the UK's strong system of corporate governance, concerns have grown over the lack of public trust in big business and increasingly high levels of executive pay which do not always relate to improved and sustainable performance. Following last year's well-publicised discovery of high-profile corporate governance failings, the government expressed a commitment to improving behaviour.

This spring, the Business, Energy and Industrial Strategy Committee, appointed by the House of Commons to examine areas of government policy, was tasked with conducting an enquiry into UK corporate governance. In its subsequent report, the Committee does not identify a need for drastic change (it supports the continuation of a "comply or explain" approach to the UK Corporate Governance Code); however, it does highlight areas where it perceives reform is needed. Media attention focussed on the Committee's proposal that, by 2020, at least half of all new appointments to senior and executive management level positions in listed companies should be women. However, there are other recommendations on pay which could have an impact on the structure of executive remuneration.

"Deferred stock options" instead of LTIPs?

The Committee's report recognises that "long term incentive plans" (LTIPs) have been subject to growing criticism. These plans typically award executives free shares in the company after a period of 3 to 5 years dependent on performance and are seen as too complicated and also unpredictable in terms of the value they deliver. Inappropriate performance metrics are blamed for this and for encouraging executives to concentrate on short-term goals. Accordingly, the report recommends that LTIPs are phased out as soon as possible with no new LTIPs agreed from the start of 2018 and existing plans allowed to fall away.

The Committee considers there to be a place for incentive-based pay but believes that this is better served by what it refers to as "deferred stock options" (DSOs). Although the report does not describe these in great detail, it seems that they involve paying part of an executive's remuneration package in annual, nil-cost share option grants which are not, themselves, subject to performance conditions. To avoid over-emphasis on a single vesting date (and the influence that this can have on executive decision making), the Committee recommends that each option vests on a phased basis of 15%-20% of the award each year. In the Committee's view, DSOs have the advantage of simplicity (there are no complicated performance conditions) and give a company more certainty over the number of shares deliverable under them. The benefit provided to participants in a DSO arrangement will be the growth in share price over time. Companies could include mandatory holding periods following vesting and also malus and clawback provisions.

Although some plans have proved controversial, we still believe that a properly structured LTIP with appropriate and well thought-out performance conditions has a role to play in executive remuneration. The link between reward and performance that an LTIP should provide is important to many shareholders and any shift to a DSO arrangement with no performance conditions would require careful explanation.

The link between reward and performance that an LTIP should provide is important to many shareholders and any shift to a DSO arrangement would require careful explanation.

Since 2013, UK listed companies have had to put their executive remuneration policy to a binding shareholder vote every three years. Reports on the remuneration actually paid to executives are subject to an annual vote but this is only advisory in nature. One of the proposals under discussion last year was whether the advisory vote should be upgraded to a binding vote. The Committee's report echoes concerns that a binding vote would create legal and practical issues (having to "undo" remuneration that has already been paid, for example) and concludes that it is not justified by the current scale of opposition to reports and policies. Nevertheless, the Committee recommends that where more than 25% of the votes are cast against the remuneration report, the following year's executive pay awards should be subject to a binding vote. Further, the remuneration committee chair should be expected to resign if the votes on policy and remuneration do not receive the backing of at least 75% of voting shareholders.

..the Committee recommends that where more than 25% of the votes are cast against the remuneration report, the following year's executive pay awards should be subject to a binding vote.

There has been much public debate over whether a company should be required to disclose its CEO’s pay as a multiple of an average employee’s earnings. Some commentators have expressed concern that the nature of a company’s business could give rise to misleading results. The Committee has, however, recommended that the UK Corporate Governance Code is amended to require a company to publish the ratio of its CEO's pay when compared with both its senior executives and its UK employees generally.

Since 6 April 2017, gender pay gap reporting has become mandatory for employers with 250 or more employees. The first reports will be due no later than 4 April 2018 using pay data from April 2017.

A voluntary code for private companies?

Private companies are not subject to the same level of reporting requirements as public companies; however, the Committee believes that large privately-owned companies with a "significant footprint" in society should abide by a corporate governance code. The report recommends that a new code is developed for the largest private companies (the suggested initial threshold is companies with over 2,000 employees, with the threshold potentially being lowered over time). A new body would be established to oversee and report on compliance with the code. The regime would be voluntary initially but if standards were not seen to be raised after a period of three years then it should be replaced with a mandatory regime.

We wait to see how the government responds to this report and whether it chooses to proceed with any of these reforms. Given the Prime Minister’s personal commitment to an improvement in UK corporate governance, we must expect at least some of these to be taken forward if she remains in office following June's general election. The Conservative election manifesto already includes a pledge to introduce legislation making executive pay packages subject to "strict annual votes" by shareholders. It is not clear whether this means an annual binding vote on all remuneration reports or only where there was a significant vote against in the previous year. A Conservative government would also require listed companies to publish the ratio of executive pay to the broader UK workforce pay. Further, companies will have to better explain their pay policies, "particularly complex incentive schemes".

If you are considering the introduction of an LTIP or your existing LTIP is coming up for review then the possibility of a shift to deferred stock options will be relevant to you. If you would like to discuss your incentive arrangements then a member of the Travers Smith Employee Incentives group would be happy to talk to you. 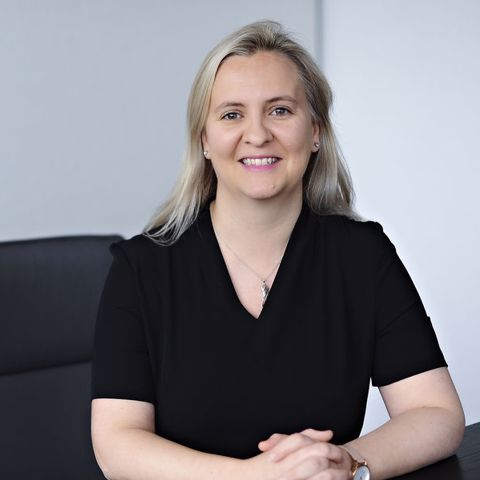 Are recent SME restructuring plans paving the way for a more cost-efficient process?