In a significant ruling, the Supreme Court has held that the Serious Fraud Office ("SFO") does not possess the power to compel a foreign company with no business or presence in the UK to produce documents held outside the UK.

The judgment in R (on the application of KBR, Inc) v Director of the Serious Fraud Office [2021] UKSC 2 is a useful illustration of the court's approach to statutory interpretation, and confirms that the territorial extent of legislative provisions is to be determined by Parliament, and not the judiciary.

Under section 2(3) of the Criminal Justice Act 1987 (the "CJA"), the SFO "may by notice in writing require the person under investigation or any other person to produce… any specified documents which appear to the [SFO] Director to relate to any matter relevant to the investigation or any documents of a specified description which appear to him so to relate…"  Such notices are commonly called "section 2 notices" and are fundamental to the SFO's ability to gather evidence, without the need for intervention by the courts.  Failure to comply with a section 2 notice without reasonable excuse is punishable by criminal sanction.

The SFO initially issued a section 2 notice to Kellogg Brown and Root Ltd ("KBR UK"), a UK entity, in connection with its investigation into alleged corrupt payments to the Unaoil Group.  KBR UK duly provided materials to the SFO, but indicated that, if and to the extent that certain categories of material existed, these were not in its possession or control but would, instead, be held by its ultimate parent, KBR Inc ("KBR US"), in the US.

KBR US did not have a place of business within the UK and had never carried on a business within the UK.  However, instead of proceeding through traditional international co-operation channels to request evidence from overseas using the mutual legal assistance ("MLA") process, the SFO insisted that representatives of KBR US attend a meeting in the UK to discuss the investigation.  At that meeting, the SFO presented a further section 2 notice, this time addressed to KBR US.

KBR US subsequently challenged the legality of that section 2 notice by way of judicial review.  KBR argued, among other things, that the SFO had acted ultra vires, as it did not have the power to require a non-UK company to produce materials held outside of the jurisdiction.

In a somewhat controversial decision, the High Court held that the SFO's powers under section 2(3) of the CJA were intended to have some extra-territorial application - the question was the extent of that application.  The High Court found that the SFO could compel foreign companies to produce documents held overseas when there is a “sufficient connection” between the company and the UK.  On the facts, there was a sufficient connection between KBR US and the UK as the payments made by KBR UK appeared to have been approved by KBR US.

KBR US appealed the decision and was granted a "leapfrog" straight to the Supreme Court.

The Supreme Court unanimously allowed KBR US's appeal.  Its starting point was the presumption that domestic legislation is not generally intended to have extra-territorial effect.  This presumption reflects the requirements of international law (in particular, that states should not infringe each other's sovereignty) and the concept of international comity.  The question was whether that presumption was displaced in relation to section 2(3) of the CJA, either (i) expressly (by the language of the statute); or (ii) impliedly (by the intention of Parliament).

On (i), the Supreme Court found that there was no express wording that indicated that section 2(3) of the CJA should have extra-territorial effect.  On (ii), following a detailed examination of the legislative history, the Supreme Court found that, in light of successive Acts of Parliament developing and refining the machinery for the UK's participation in MLA schemes in international investigations and prosecutions, it was "inherently improbable" that Parliament intended for there to be "a parallel system for obtaining evidence from abroad which could operate on the unilateral demand of the SFO".  This seemed particularly improbable as the safeguards and protections put in place under the MLA schemes were "fundamental to the mutual respect and comity on which the system is founded".  The Supreme Court also held that the High Court had been wrong to imply a "sufficient connection" test into section 2(3) of the CJA, as that would be inconsistent with Parliament's intention and "involve illegitimately re-writing the statute".

The Supreme Court's decision marks a welcome return to the status quo given that, until the first instance decision, practitioners had generally operated on the basis that section 2 notices did not have extra-territorial effect.  In KBR, the SFO had sought to bypass the slower and more cumbersome processes of obtaining documents through the MLA route.  However, it was ultimately kept in check by the Supreme Court.

Nevertheless, it is important to heed the narrow scope of the decision, which focused only on the position of a foreign company with no business or presence in the UK.  Whether or not a section 2 notice would be effective against a foreign company with presence in the UK, but which holds documents overseas, has been left open.  In addition, obiter comments by the Supreme Court suggest that section 2 notices may be used to compel a UK company to bring documents it "holds" overseas into the jurisdiction (though there was no consideration of what "hold" means).

The Supreme Court's ruling comes at a time when, as a result of the UK's departure from the EU, the SFO has lost access to the use of European Investigation Orders, which offered a more streamlined process than that under the MLA route for gathering evidence located in the EU.  The Crime (Overseas Production Orders) Act 2019 has created a new process, whereby the SFO (and other enforcement authorities such as the FCA) may apply for an overseas production order ("OPO") from the English courts to compel a foreign company to provide electronic data stored outside the UK within seven days.  OPOs are, however, only available where there is a designated international co-operation agreement in place between the UK and the relevant jurisdiction.  To date, the UK has signed one such agreement with the US, in relation to a narrow category of data held by communication service providers.

UK companies that are under investigation will, of course, need to bear in mind that the SFO may well expect co-operation (which is a relevant consideration in the SFO's decision to prosecute) to extend to the provision of documents by overseas affiliates.  In such circumstances, whether or not it would be appropriate for an overseas affiliate to agree to do so will need to be carefully weighed against the risks of producing documents on a voluntary, as opposed to a compelled, basis (in light of, for example, any potential data protection and third party confidentiality issues, as well as restrictions under the relevant domestic law). 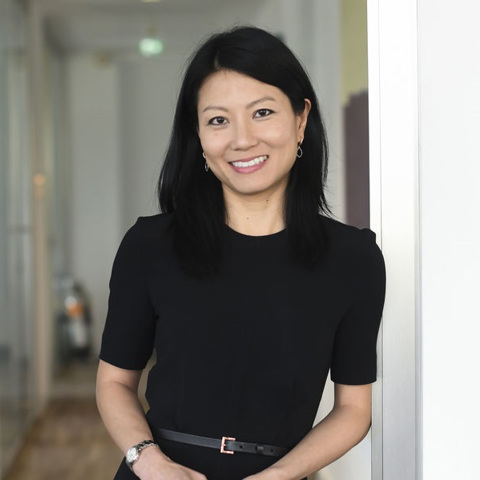