The UK Subsidy Control Bill: what you need to know 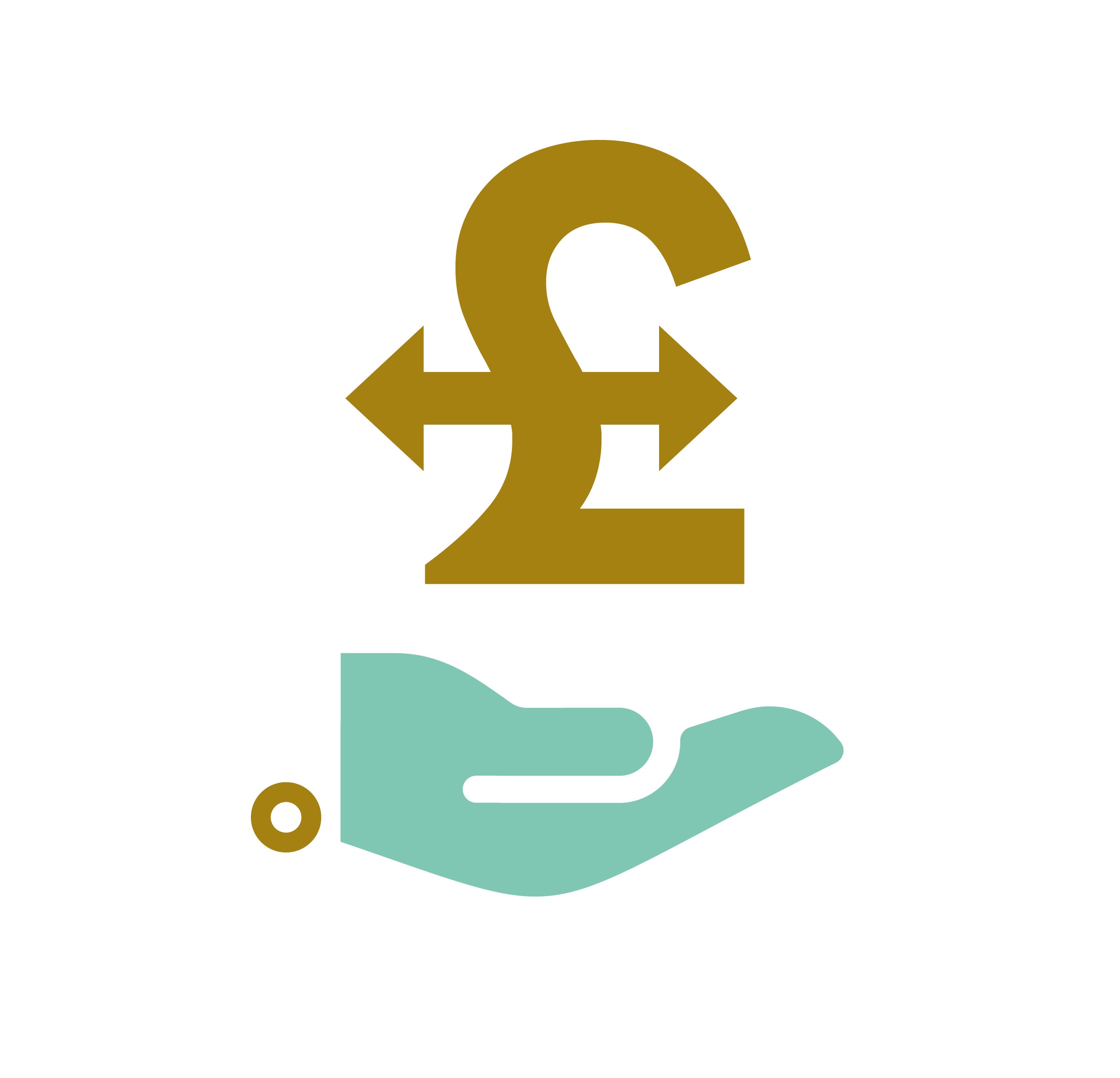 The Subsidy Control Bill introduced to Parliament on 30 June 2021, has been hailed by the UK Government as a major departure from the EU State aid rules.  But just how radical a departure is it and what are the key implications for business?

What's the significance of the Subsidy Control Bill and when will it apply?

Following the end of the Brexit transition period on 31 December 2020, the UK ceased to be subject to the EU's state aid regime. Instead, the UK has been subject to the subsidy control commitments set out in the UK-EU Trade and Cooperation Agreement (TCA), Northern Ireland Protocol, international free trade agreements with third countries and the WTO subsidy rules. Our briefing from earlier this year explains the current position on state aid in the UK in more detail.

What difference will the Bill make to state aid in the UK?

The Subsidy Control Bill sets out the framework for implementing the UK's international commitments on subsidy control. However it also goes further by covering subsidies that have, or are capable of having, an effect on competition or investment within the UK. This is an important safeguard for private sector businesses based in the UK which may be concerned about competitors based elsewhere in the UK benefitting from subsidies (see section 6). It reflects the Government's aim to not only comply with its international subsidy obligations, but also to protect UK domestic competition and investment from distortive effects.

Is it a radical departure from EU state aid rules?

Subsidy control was a key battleground in Brexit negotiations, with the UK promising a new state aid system to protect British industry and free up the ability to help struggling companies. The EU, meanwhile, was keen to ensure that a regime similar to its own state aid rules would continue to apply. The TCA state aid provisions represent something of a compromise, allowing the UK some freedom to design its own system but obliging it to go considerably further than would have been required under WTO rules. The UK Government has heralded the Bill as a "clear departure" from the EU regime, enabling "key domestic priorities, such as levelling up economic growth across the UK and driving our green industrial revolution" but "without facing burdensome red tape".

As explained below, there are indeed some significant differences compared with the EU regime. However, it is important to remember that:

When is the Bill expected to come into force?

The regime is expected to come into force in 2022, subject to Parliamentary approval, and will not apply to subsidies granted before that date.  Further details on implementation and guidance will be set out in due course.

What is a subsidy?

The Bill sets out the framework for assessing the grant of financial assistance by public authorities, or using public resources, where that assistance confers a benefit on an enterprise.

"Subsidy" is broadly defined and appears unlikely to differ substantially from the EU concept of state aid. As such, it is likely to include a variety of different forms of financial assistance provided from public resources, ranging from grants or loans through to guarantees, certain tax breaks and, potentially, disposals of publicly owned assets at below market value.

However, importantly, a benefit is only conferred where the financial assistance is provided on terms that are more favourable than those that might reasonably be expected to have been available on the market to the recipient. For example, a loan provided at a market rate of interest would not fall within the definition of subsidy.

What are public authorities required to do when granting subsidies?

Public authorities must apply the Subsidy Control Principles to all subsidies before granting them (unless the subsidy is exempt – see section 5). A subsidy must not be granted unless it is consistent with those principles. There are also certain categories of subsidy which are prohibited in all cases (see textbox below).

As explained in section 4, certain subsidies must be referred to the Competition and Markets Authority (CMA) for assessment, whilst in certain other cases public authorities will have the option to involve the CMA (but will not be obliged to do so). However, the CMA's assessment will not be binding. This is a significant departure from the EU state aid regime, where (unless exempt), all subsidies required prior approval by the European Commission (without which the subsidy would be illegal).

For reasons of transparency, details of granted subsidies must be included on a central subsidy database.

The Subsidy Control Principles largely reflect those that the UK was previously subject to under the EU state aid regime. The first seven are general principles which apply to all subsidies. A further nine principles are specific to energy and environmental subsidies: this is one of the areas in which the Bill goes further than the TCA requires (although these further principles do not apply to subsidies in relation to nuclear energy). The Bill envisages that public authorities will also be able to refer to detailed guidance on how the Government sees these principles being applied in practice.

The seven general principles are:

The nine energy and environmental principles include:

The Bill also prohibits awards of particular categories of subsidy, including:

What is the role of the Competition and Markets Authority?

That independent body will be a new Subsidy Advice Unit to be set up within the UK Competition & Markets Authority (CMA). The CMA's role will be to produce reports on the subsidies referred, however those reports will not be binding on the public authority. It is ultimately for the public authority to decide whether to grant the subsidy in question, even if the CMA has produced a negative report. However, the public authority will need to factor in the risk of challenge if that were to be the case (see Section 6).

Referral by the public authority to the CMA is mandatory for Subsidies of Particular Interest. A referral is voluntary for Subsidies of Interest. However the scope of what will fall within those categories is to be defined by the Secretary of State by Regulation, and is yet to be set out. The Secretary of State may also direct a public authority to request a report from the CMA where the subsidy is of 'Interest' or where it is concerned about a risk of negative effects on competition or investment within the UK.

The CMA will ordinarily need to provide its report within 30 working days (extendable by agreement or by the Secretary of State if requested by the CMA). In the case of mandatory referrals, the subsidy must not be granted until five working days after the CMA has reported.

The Secretary of State may also make a post-award referral to the CMA after a subsidy has been granted where there has either been a failure to comply with the requirements of the regime or there is a risk of negative effects on competition or investment within the UK.

How is this different from the EU state aid regime?
Are there any safe harbours or exemptions?
Exemptions

To streamline the regime, a limited set of subsidies will be exempt, including:

Further exemptions are provided for, including subsidies for natural disasters, national or global economic emergencies and national security.

Whilst the Bill does not contain any categories of safe harbour, it does introduce a new concept of Streamlined Subsidy Schemes. Although there is as yet little detail on the specifics, this provides the UK Government with the ability to set out classes of subsidy that it considers to be compliant. Any Streamlined Subsidy Scheme will be permitted without a full assessment against the Subsidy Control Principles. It is yet to be seen how this provision will be used in practice, but it could operate in a manner similar to the EU's state "block exemption" regime, which (among other things) covers certain types of aid for SMEs, research and development, training and infrastructure as well as regional aid; according to the European Commission, over 95% of EU state aid measures are granted on the basis of this exemption regime.

How will the subsidy regime be enforced?

The enforcement regime envisaged by the Bill is somewhat different from the position under the EU state aid rules. Under the latter, a business which is unhappy about an alleged subsidy to one of its competitors essentially has two options:

In practice, most have tended to opt for making a complaint. Under the Bill, by contrast, the CMA will have no power to investigate complaints and in most cases, the only option available to aggrieved parties will be to initiate court proceedings. In England, these will normally be heard by the UK Competition Appeal Tribunal (CAT), whilst for the devolved nations, the relevant High Court or Court of Session will have jurisdiction. A possible alternative in some cases might be to lobby the Secretary of State to refer the subsidy to the CMA (see section 4) in the hope that a negative report from the latter will deter the public authority from making the award or persuade it to make changes. However, this is unlikely to be successful where the Government has a political interest in the subsidy going ahead.

The CAT, or relevant court, will have jurisdiction to review subsidy decisions on a judicial review standard. Challenges can be brought by "interested parties" (i.e. a person who is aggrieved by the making of a subsidy decision) with relatively short deadlines (broadly speaking, one month from the details of the subsidy decision being made public). The short appeal deadline will be welcomed by both public authorities and recipients of aid as it means they will quickly have certainty as to whether or not the grant of a subsidy will be challenged. This contrasts with the position under the EU state aid regime, where it is possible for the European Commission to investigate alleged unlawful subsidies for a period of up to 10 years after the aid was granted (as noted above, under the Bill, the CMA will not have a similar investigatory role).

That said, the CAT will have the power to annul subsidy decisions and to make orders requiring the recovery of subsidies by public authorities. The threat of the courts exercising such powers is likely to make public authorities wary of paying insufficient attention to the principles set out in the Bill – and may mean that, where possible, they will prefer to obtain a favourable assessment from the CMA before proceeding (which is also likely to provide a higher degree of comfort to proposed recipients of aid). 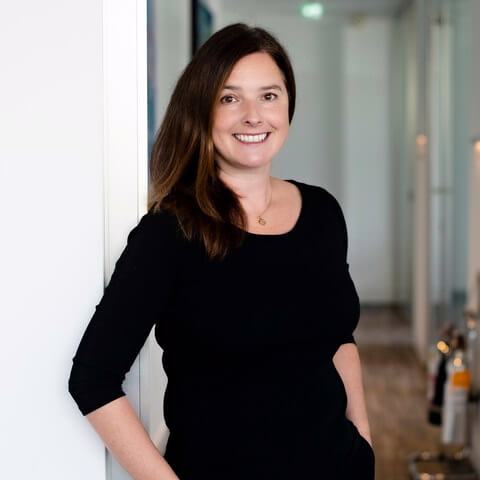 Sugar wars: what do they mean for the UK's post-Brexit state aid and tariff regimes?