A one year placement as GC at Musto opened new horizons for Jeremy Dennison and prompted his move from Travers Smith to a permanent in-house role. Now a GC at private equity firm Livingbridge, he fondly remembers his time at our firm and is pleased to be able to instruct and still work with a number of his former colleagues. 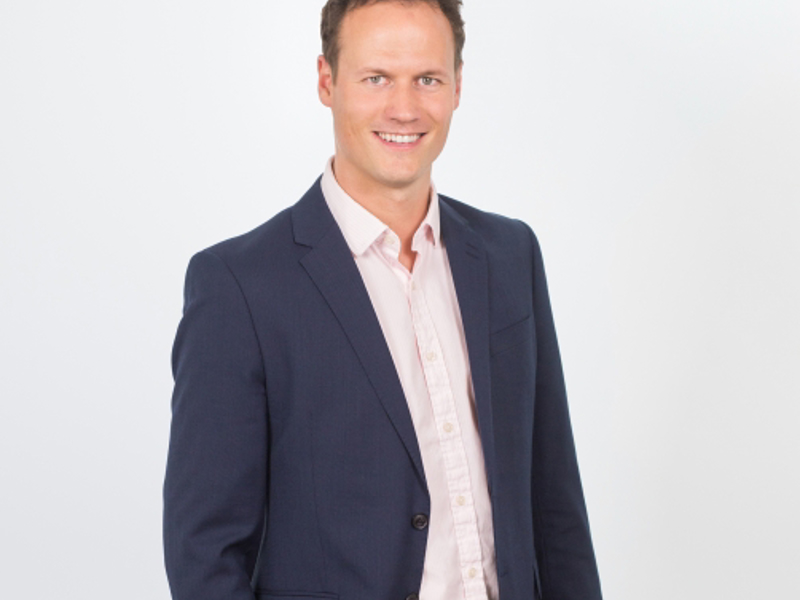 I owe my career as a lawyer to my twin brother. After two years of much fun, a bit of work and no thought whatsoever as to what I might do with my economics degree when I eventually graduated, I came home from Durham University in the summer of 2003 and asked my brother what he was planning to do with his life. He proceeded to explain that he had done an Easter vacation scheme at a City law firm, had been offered a job and now had a sponsor who would pay for him to go to law school, guarantee him a handsomely paid job for two years after that, followed by a pretty good chance of a ridiculously well-paid job on qualification. It was a no-brainer – I had to get one of these magical training contracts!

I set about applying for training contracts and concluded that the quickest and easiest way to find the right firm was to ask some of my more knowledgeable law student friends. The answer was consistent - if you want big international experience apply to the “Magic Circle”, otherwise Macfarlanes and Travers Smith were the mid-sized firms of choice. I was warned that despite Travers Smith’s straightforward application process, it was notoriously difficult to get a job there and none of my university cohort had been successful. Spurred on by a little friendly rivalry, I decided that I would start my application process with Travers Smith and take it from there. The rest, as they say, is history.

My second seat with Aaron Stocks in the Corporate Finance Department passed in a blur. It was a non-stop, 24/7 IPO-athon consisting of AIM IPOs, Main Market IPOs, SFM IPOs, advising issuers, sponsors and everyone else in between. And then, all of a sudden, the world stopped turning. Bear Stearns went bust, there was a run on Northern Rock, Lehman Brothers collapsed and virtually every big bank and insurer on the planet had to be bailed out. Work dried up overnight, people disappeared into the night and gallows humour reigned supreme.

My biggest stroke of luck was to spend my third seat in the Employment Department. It was partly because they were very busy (every cloud…), partly because I had fine mentors in Andrew Lilley, Tim Gilbert and Kathryn Renahan, but mainly because it was where I first met Elizabeth Buckler, a new joiner in the same department, with whom I immediately clicked. She is now my wife and mother to our three beautiful children. Good outcome.

Following an enjoyable final seat with Sam Elworthy in the Commercial Department, I elected to qualify into the Corporate Department and was assigned to sit with Helen Croke, then a newly made up Private Equity Partner, who was famed for her ferocious work ethic. After 18 months, I transitioned back to the Corporate Finance Department and into Neal Watson’s room.

I am sure every lawyer’s story is different, but, for me, the period from three to six years PQE was one to be toughed out, rather than embraced. At three years qualified, I had been doing the job long enough for the novelty to have worn off, but not so long that I could legitimately call myself a trusted adviser to any client. It wasn’t until I did a one year placement as GC of Musto, a private equity-backed outdoor clothing and lifestyle brand, that I truly appreciated the value a lawyer can bring to a client when armed with an intimate and detailed knowledge of that client’s business. I kept that in mind when I returned to Travers Smith and joined the newly-formed Management Advisory Group, where I sought to hone my skills by advising C-suite executives on some of the largest and most newsworthy European private equity deals, alongside Adam Orr and Chris Hale.

I was having a terrific time back at Travers, but ever since my return from Musto, I had been conscious that, at some point, I would need to decide whether to pin my ears back for partnership in private practice or opt for an alternative in-house career path. I was still mulling the question over in the autumn of 2017 when, serendipitously, I learned that Livingbridge, a successful and rapidly growing mid-market private equity house, was looking to recruit its first GC. I couldn’t have dreamt up a better role, so I leapt at the opportunity. I am pleased to report that, 18 months into the job, it is everything I hoped for and more.

I work across the Livingbridge platform, providing advice to the new investment team on deals, the value strategy team on portfolio company matters and exits, the investor relations team on new fund raises and the business and its partners on legal matters generally. It is a hugely varied and rewarding role and one I am certain I would not have got, but for the world class training and experience I gained during my time at Travers Smith. The cherry on the cake is that I still get to work with and instruct a number of the talented lawyers at Travers Smith. I am confident that, wherever my career takes me, my relationship with the firm and its people, past, present and future, will continue to go from strength to strength. I am sure the firm will too, as it has done for over 200 years. I am proud to have played even the tiniest “walk-on” part in the Travers Smith story so far.