A two-week Christmas vacation scheme at Travers Smith provided Katy Hyams with an offer of a training contract and a fulfilling career in the firm's Financial Services Department. 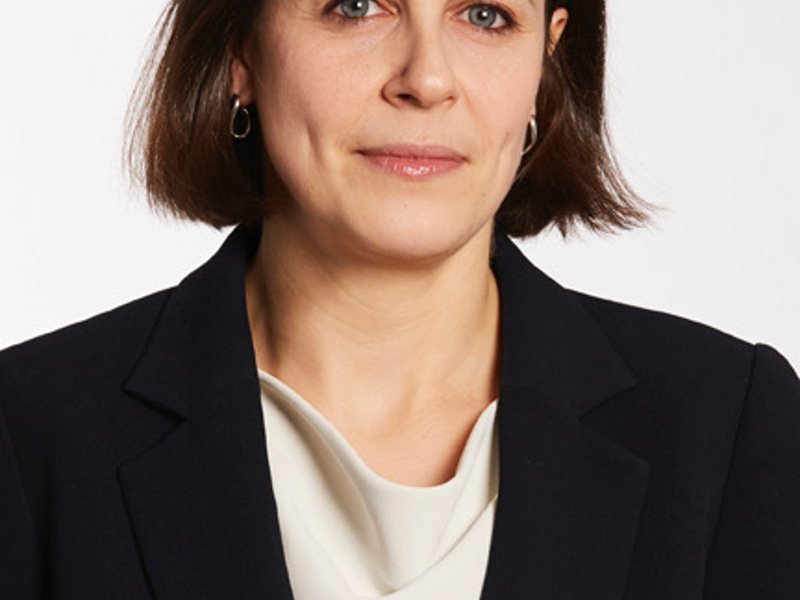 Being a lawyer was not exactly a lifelong passion of mine. However, as a modern languages undergraduate with a limited imagination and a committed devotee of Ally McBeal, I thought it would be a good enough option whilst I decided what I actually wanted to do when I grew up.

So, as I entered my fourth and final year at university, and the threat of real life descended, I decided to look around for some work experience at law firms.

Travers Smith was one of the few firms that offered Christmas vacation schemes and, critically, the only one that actually offered me an interview, which translated into an offer of a place on the scheme. I thoroughly enjoyed the two weeks and recall being genuinely surprised and impressed with the collegiate environment and supportive atmosphere that was so evident throughout the firm. I was therefore delighted to be offered a training contract to commence in September 2006.

I found my calling within the Financial Services Department and qualified in September 2008, just as the entire global financial system was beginning to implode and the financial crisis was taking hold. It is fair to say it was an interesting time to be a lawyer in the City, not least, one specialising in financial services legislation. The wealth of work that resulted from this time offered me unparalleled opportunity and experience I could never have anticipated I would have as such a junior lawyer. Over the next six years I was sustained by the raft of European and global financial legislation that was introduced to remediate the systemic problems uncovered by the crisis through the endless joys of MiFID, MAR and best of all AIFMD.

Knowing nothing about commodity derivatives, metal markets or trading and clearing, a move in June 2014 to the in-house legal team at the London Metal Exchange (LME) was an obvious step.

I was looking forward to a new role which I anticipated would divert my practice from the continual onslaught of European legislation. Imagine then, my sheer delight, when I arrived on my first day to find a printed and neatly bound copy of MiFID II and MiFIR waiting for me on my new desk. My instructions at least were simple, and I was left a note that said, “read this and tells us what it says”. For those who have not had the pleasure of acquainting themselves with these particular pieces of legislation, they form the largest pan-European legislative files governing financial markets, running to a total of 1.7 million paragraphs.

As the only regulatory lawyer in the business, I was feeling a little overwhelmed. However, it was at this time I realised just how well I had been prepared by my time at Travers Smith. The legal training, senior guidance and detailed instruction meant I felt confident enough to advise credibly on this legislation. There were times when I could practically hear Margaret Chamberlain’s sage words of advice offering me guidance on how to tackle this challenge.

The MiFID project was followed immediately by the Brexit project and I continue to lead LME Group’s preparatory programme for the UK’s exit from the EU. This has proven to be a hugely insightful project and has allowed me to work closely with UK and EU regulators and policy makers as well as the many City and international financial institutions that make up our membership. From a lawyer’s perspective if nothing else, Brexit has proved itself to be a fascinating, demanding and continually surprising challenge. The nature of this work lead to a transition out of the legal team into the regulatory team and in January 2019 I was promoted to the Head of Regulatory Policy; a role which will allow huge opportunity as the UK looks to reimagine the regulatory framework applicable in a post-Brexit UK.

Outside of my day job, I have had the chance to re-engage with Travers Smith in recent months, in relation to the work it is doing on diversity and inclusion. A fledgling concept when I left, it has been nothing short of inspirational to watch the transformation that has taken place. I was particularly delighted to see that Travers Smith was ranked in 25th place in the 2019 Stonewall workplace equality index. Working with some of those involved in the firm's CSR Programme, I am looking to apply to the LME, the lessons that Travers Smith learnt during this process, as we further advance our own work on diversity and inclusion.