Despite forming only 15% of his professional career, Travers Smith has played an important part in Stuart Morton's career journey. 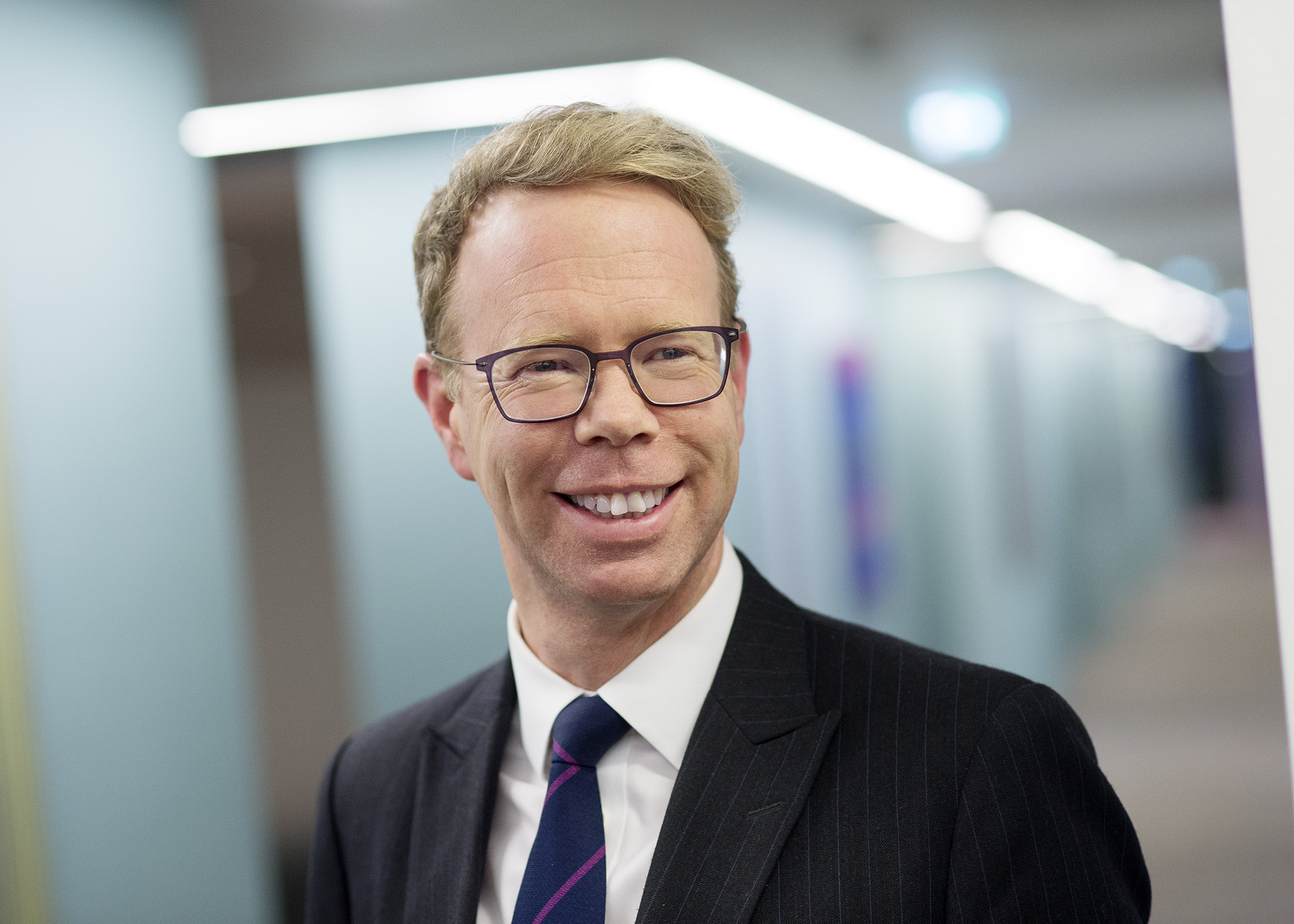 My earliest Travers Smith memories go back to the late 80s – during the milk round at Oxford. In those days the firm's recruitment slogan for attracting trainees was "we only take a few, but we take the best".

It was an admirably catchy phrase - but I’m afraid I am the living proof that it was a flawed recruitment strategy! This was such a different era. I was one of the first intake of so-called trainee solicitors as opposed to articled clerks.

As well as my first experience of all-nighters in an investment bank bunker acting on a hostile takeover, there were also more bucolic afternoons - spent with a mild hangover colouring in plans (this was before colour photocopiers were the norm) and making my way through a packet of Marlboro Lights – at my desk! If ever there is reason to dig out the deeds for the Broadway Shopping Centre in Hammersmith, there is some exquisite hatching and shading executed with a slightly wobbly hand. This was a time when women could not wear trousers, you felt super cool if you borrowed one of the firm’s two brick mobile phones from Accounts, and there was a serious conversation about whether it was a waste of fee-earners’ time to have computers on their desks. There were ups and downs - including the one very awkward occasion when the deeds for a partner’s best friend’s house went to shredding instead of to the Land Registry….

But life at Travers was happy and, were it for the fact that I was not a terribly gifted lawyer, these were golden years. I still look back with fondness on the firm and its extraordinary culture: everyone from General Office to the Senior Partner pulled together in the same direction, recognising that no single person's job was doable without the support of others. It was a remarkable feat and the common courtesy of this approach I have carried throughout the rest of my professional life. The zeitgeist is such that we are all now looking to re-express our values and our purpose. But even 30 years ago, whilst Travers Smith may not have written it down anywhere, I think we all had a clear idea of being engaged in a common enterprise.

Life after Travers Smith
Travers Smith only formed 15% of my professional career. Since then I have forged my way as a head hunter and I lead the Legal and Professional Services Practice at Odgers Berndtson, the UK's largest head hunter with more than 60 offices in 30 countries. My day job these days is to conduct executive searches for law firms - in particular the c-suite of professional business services leaders - for General Counsel in listed and substantial private businesses, for regulators, for the most senior legal appointments in government and for professional membership bodies such as the Law Society and the Institute of Directors. My work is unusually broad and gives me the viewpoint across every facet of the profession - its clients, its fee-earners, its support infrastructure and its challenges. I also perceive the headwinds of regulatory change, of disrupters looking to have a slice of the action and of political instability.

Law firm clients are under pressure. The General Counsel typically now shoulders the burden not only of legal work but also of the secretariat, of compliance and often a host of other issues that come their way. At the Board table they are expected to synthesise a view which covers not only the law but takes into account economics, geopolitics, regulatory change and stakeholder intervention. Their bandwidth needs to be extraordinary. They need to navigate the new reality of ambiguity and uncertainty - in a world where the politically unlikely and undesirable seems to happen and where the need to horizon scan becomes a skill in itself. This in turn raises challenges for firms like Travers Smith – to equip General Counsel to succeed.

I, for one, am grateful to Travers Smith for the start it gave me in my career – and I have a specific reason for this. Back in the early 90s I was quite literally the "only gay in the [Travers] village", outed by a fellow trainee in week one. So, I had no choice right from the beginning but to get on with it - and for my four years in the firm no one else stuck their head above the parapet. However, not once, looking back, did I feel that I was prejudiced against. Not once did I feel excluded from social activity or at the back of the queue for work. Not once was I ever made to feel uncomfortable. I think this is a remarkable achievement, particularly for the times, but I also applaud the fantastic work that has been done in recent years to establish the firm so positively in the Stonewall index.

And I have, in my own way, had the chance to give back to the firm. David was kind enough to consult four years ago when the question “whither HR?” arose after Karen McLoughlin's decades of loyal service. It was my pleasure to recruit Moira Slape as HR Director to the firm and to exercise my professional skill to find the right person to fit Travers Smith's amazing culture, to appreciate its unique place in the market and to help it forge a happy, successful and inclusive future for its people. Vivat Travers!