Whilst the Chancellor acknowledged in his Budget speech that the price of government support for the economy during the pandemic would be for the highest-earning households to contribute more, the changes announced on Budget Day to the rules on personal taxation were not as radical as many had expected.

The recommendations put forward by the Office of Tax Simplification in November 2020 for the reform of the capital gains tax regime had led to media speculation that headline rates of CGT would be aligned with income tax rates, spurring on M&A activity as shareholders and business owners hurried to complete transactions before Budget Day. As it turned out, no change in rates was announced and existing reliefs, notably Business Asset Disposal Relief (formerly known as entrepreneurs' relief) remain untouched for now. Whether this is a temporary reprieve or an indicator that the Treasury has accepted the arguments in favour of differentiating between income and capital gains remains to be seen.

The Chancellor also declined to make any far-reaching changes to taxes on wealth at this Budget, either by imposing a new wealth tax or by reforming the rules on inheritance tax along the lines proposed by the All-party Parliamentary Group on Inheritance and Inter-generational Fairness in 2020, or the OTS' Simplification report of June 2019. Coupled with the lack of change to CGT rates and an extension of the stamp duty holiday for the purchase of residential properties, this is perhaps aimed at boosting the confidence of the older and wealthier elements of the population to lead the way in spending the UK out of the current crisis (at the price of a (well-trailed) frozen Lifetime Allowance on pensions – see below).

Constrained by 2019 manifesto pledges not to raise headline rates of income tax, national insurance or VAT, the Chancellor's preferred option was to increase tax revenues through a long-term freeze on allowances and thresholds. This includes keeping the threshold at which individuals pay basic and higher rate tax frozen until 2026 (expected to raise around £8bn per year), holding the CGT annual exemption at £12,300 and keeping IHT nil rate bands at their current levels over the same period. Also worth noting was the freezing of the standard Lifetime Allowance for tax-relieved pension savings, which will be held at £1,073,100 - rather than being raised in line with the Consumer Price Index – until April 2026, raising around £300m a year by 2025-26. Read our briefing on capital gains tax.

Changes to headline rates of corporation tax were big news on Budget Day, but for individuals, the reintroduction of a small profits rate of corporation tax of 19% and a tapered corporation tax relief for companies earning profits between £50k and £250k may provide incentives for sole traders to incorporate their businesses (as well as a disappointing but unavoidable return of the complexity of small companies rules and of rate tapering). With the introduction of the off-payroll working rules to the private sector in April 2021, though, it is clear that the Treasury is aiming to limit the scope for intermediary companies to be used as a means of avoiding tax where an employment relationship exists. More broadly, it is interesting to note that in spite of statements made by the Chancellor in the course of the pandemic and the recent High Court decision on the status of Uber drivers, there was no move beyond this to align the tax and NIC position of the self-employed and workers with employees. Read our briefings on corporation tax changes and new off-payroll working rules.

One other key theme of the Budget was the further expansion of rules designed to prevent the marketing of aggressive tax avoidance schemes. It is clear from the HMRC consultation documents which preceded these announcements that individual taxpayers are now most often the users of these arrangements, and HMRC's concern at the way on which the schemes are marketed and the impact on taxpayers who use them is evident. The aim of the measures is to make it more challenging for the marketers of the schemes to evade the consequences of their actions and HMRC hopes that this, when coupled with better education and information for taxpayers, will lead to permanent changes in behaviour in the longer term. Read our briefing on anti-tax avoidance.

On a more positive note, the call for evidence on the potential expansion of the Enterprise Management Incentive (EMI) Scheme, which has historically proved an attractive incentive to employees of young and high-growth businesses, should prompt an interesting discussion on how the EMI Scheme could benefit a wider range of businesses (including those in later stages of growth and those which do not meet the stringent independence requirements of the current EMI rules). Circling neatly back to the lack of change in CGT rates, perhaps this is another indicator that the government recognizes the potential for investment by both management teams and third parties to drive growth as companies emerge from the current crisis into the "new normal". Read our briefing on Call for Evidence of Enterprise Management Incentives.

New Off-Payroll Working Rules to go ahead as planned

Changes to the "hybrid" anti-avoidance rules 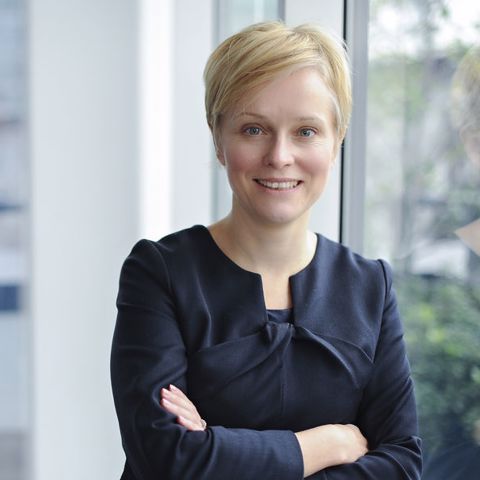