The BBC sought to defend the case by arguing that Mr Vine was paid more because he had a higher profile and more experience. It also claimed the Points of View host needed to have a "glint in the eye", which it argued differentiated the two roles. However, the tribunal concluded that the BBC had "not shown the difference in pay was because of a material factor which did not involve subjecting the claimant to sex discrimination".

The tribunal also said that the BBC did not "have a transparent and consistent process for evaluating and determining pay for its on-air talent" and that the broadcaster had failed to produce any records of how pay levels for the two presenters were determined.

We are seeing an increase in equal pay claims by people in white collar jobs and cases like this will likely increase awareness of this type of claim. Employers should therefore ensure they have objective processes for setting rates of pay, which are clearly documented.

Employers concerned about potential pay issues may also wish to conduct an equal pay audit, to identify any pay discrepancies across the organisation and the reasons for them. We have been working with a number of clients on pay review exercises – please speak to your normal Employment Department contact if you would like more information.

The Government has launched a review of changes to the off payroll working rules which are due to take effect from 6 April 2020. According to Jesse Norman MP, Financial Secretary to the Treasury, the purpose of the review is simply to ensure that implementation in April is as smooth as possible. This ends speculation that the off payroll reforms might be delayed or cancelled altogether.

Under the reforms, large and medium-sized businesses will need to review the way they engage and tax contractors and consultants who supply their services via a personal services company.

With the effective date of 6 April 2020 looming, businesses need to ensure they are ready. We have assisted many clients in planning for the new regime – if you require advice, please get in touch with a member of our team.

This ends speculation that the off payroll reforms might be delayed or cancelled altogether… businesses need to ensure they are ready.

Brexit - what next for employment law?

With the UK set to leave the EU on 31 January 2020, what will the impact be on UK employment law?

In the longer term, there may be some scope for reform, particularly in areas derived from EU law which are considered unduly burdensome on employers. Possible candidates for reform might be the 48-hour limit on working time, the rules on the accrual and calculation of holiday pay and the rules which offer equal pay and working conditions for agency workers.  However, the Government has not given any indication at this stage that such reform is on the cards.

Brexit - what next for immigration?

Under the new regime, there would be no difference in treatment for EU and non-EU nationals. In practice, this means employers will need a sponsor licence to employ EU nationals from January 2021. There will be three categories of work visas in the new regime:

An independent report is also due to be published this month, which will make recommendations to the Government on details such as the salary and skills thresholds for employer sponsored skilled worker visas.

In the meantime, EU nationals (and their family members) in the UK as at the date of Brexit will be required to register under the government’s new EU Settlement Scheme in order to be able to continue working in the UK. The deadline for applying under the revised Withdrawal Agreement is 30 June 2021 - if the Withdrawal Agreement is not ratified, an earlier deadline of 31 December 2020 will apply. Either way, transitional arrangements will apply for EU nationals arriving in the UK between the date of Brexit and 31 December 2020.

The Government plans to increase the immigration health surcharge (IHS) which all migrants and their dependants must pay if they require a visa of more than six months. The IHS is intended to contribute towards the costs of the NHS. It is currently set at £400 per migrant per year and the Government has indicated its intention to increase this to £625 per migrant per year. This will significantly increase the costs for sponsored work visas, particularly for migrants with dependants. The IHS currently applies to non-EU migrants but will be extended to EU migrants under the new regime which applies from January 2021 (see above). The IHS is payable by the employee but many employers offer to cover this as part of the visa application fees. It is not clear when the increase will take effect but Employment Update will report developments.

The employee in this case worked as a media specialist in marketing at Royal Mail.  During her probationary period, she blew the whistle to her line manager about suspected breaches of both the company's policies and Ofcom's rules.  Her line manager convinced her to retract the allegations and admit she had made a mistake.  He then alleged that her performance was inadequate and set up intensive weekly review meetings, ultimately placing her on a formal performance improvement plan with unrealistic targets.

The employee went off sick with stress.  Her case was referred to another senior manager, who did not see the original whistleblowing disclosures and was unable to meet with the employee due to her sickness absence. The employee's line manager presented trumped up evidence of the employee's poor performance and covered up the whistleblowing disclosures, describing them as a simple misunderstanding. On that basis, the senior manager reviewing the case decided to dismiss the employee for poor performance.  The employee brought an unfair dismissal claim, claiming that she had been dismissed for blowing the whistle.

Employees are protected from suffering discrimination based on their beliefs but how far does the protection go?

The employee in this case worked as a consultant tax expert at a not-for-profit thinktank. Her contract was not renewed after she posted a series of tweets questioning government plans to let people declare their own gender. She brought a discrimination claim arguing that she had been discriminated against based on her belief that there are only two biological sexes and it is not possible to change from one sex to another, even if someone holds a gender recognition certificate.

However, the employee has lost her case in the Employment Tribunal. According to the Tribunal, while her belief was genuine and sufficiently coherent to be potentially capable of protection, it necessarily involved "misgendering" and was therefore incompatible with human dignity and the fundamental rights of others. Accordingly, the employee's belief could not be protected under the Equality Act 2010.

This case shows how wide the protection against discrimination on the grounds of an employee's beliefs potentially goes. However, it also shows that there are limits – the protection will not extend to beliefs which are incompatible with human dignity or the fundamental rights of others. Despite this, employers must tread carefully in this area. Disciplining someone for expressing their views could amount to discrimination on the grounds of religion or belief and it is not always clear when beliefs will be considered "incompatible with human dignity or the fundamental rights of others". It is usually safer to distinguish between the beliefs, on one hand, and how they are expressed, on the other. Employers are usually justified in disciplining an employee where the manner of expressing their beliefs is offensive, and employers should be clear where this is the reason for disciplinary action. Given the complexities in this area, the decision in this case is very likely to be appealed.

From January 2020, some employers will be required to implement new requirements to report on employee engagement:

From January 2020, some employers will be required to implement new requirements to report on employee engagement …

From 6 April 2020, the requirements for employment contracts and statements of terms and conditions are changing. Employers will be required to provide a written statement of terms and conditions for all workers (eg casuals, freelancers and some contractors and consultants), not just employees. The statement will also need to be provided on or before the first day of work. Currently, a statement of terms only needs to be provided to employees (and not workers) and within two months of employment starting (rather than by day one). In addition, there are also some changes to the particulars required (eg the statement will need to contain additional terms about training, paid leave and benefits). Employers should therefore review their template employment contracts before April 2020 to ensure any necessary changes are made.

As part of the Queen's Speech on 19 December 2019, the Government announced its plan to introduce an Employment Bill. The Bill will introduce a number of changes to employment law including:

Since the last Employment Update, our work has included: 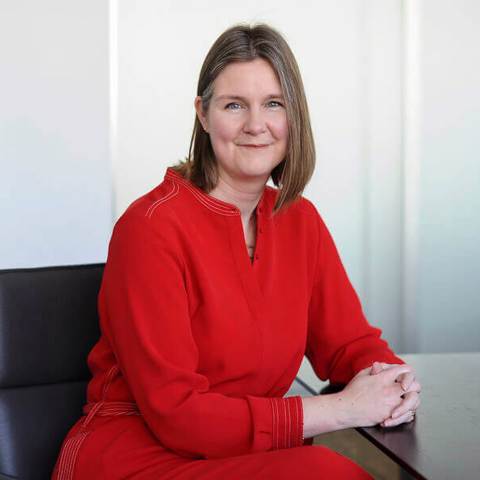