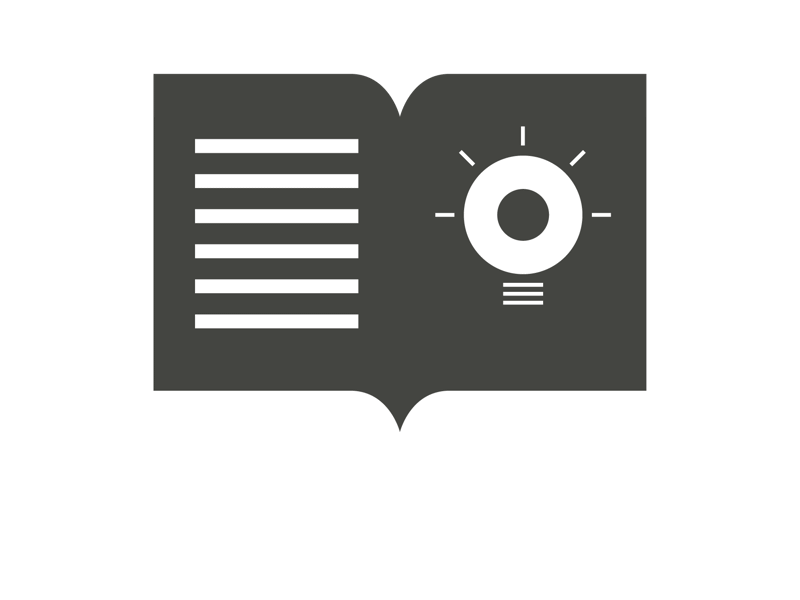 Whistleblowing and 'cash for curtains'

The Electoral Commission has launched an inquiry into the funding of renovations to the Prime Minister's Downing Street flat. The inquiry comes after former adviser, Dominic Cummings, "blew the whistle" on the issue in a blog post.

Whistleblowing reports of this nature are on the rise, with UK whistleblowing charity, Protect, reporting a 37% increase during the period March to September 2020 compared with the same period the previous year. Employers could also be facing a further increase in whistleblowing as workers start to return to work in the coming weeks and months. What practical steps can employers take to prepare for and deal with whistleblowing complaints, and avoid them hitting the press?

As a starting point, employers are strongly advised to have a whistleblowing policy and ensure this is up-to-date. While most employers are not legally required to have a policy, this can help encourage a culture of openness, assure staff that their concerns will be addressed and confirm the protections in place for whistleblowers. In addition, certain firms in the financial services sector are required to have whistleblowing processes. A new EU Whistleblower Protection Directive (to be implemented in December 2021) will require employers in all sectors operating in the EU with 50 or more employees to establish internal whistleblowing channels and procedures (although the directive is unlikely to be implemented in the UK now that the UK is no longer part of the EU).

An increasing number of employers are also taking a proactive approach to whistleblowing and actively encouraging a "speak up" culture. As well as allowing employers to address concerns at an early stage, this also helps prevent employees taking their concerns to third parties, the press or online. It is also an important element of diversity and inclusion, as some organisations have seen historic #MeToo and #BlackLivesMatter issues come to light, which were not raised at the time due to fear of repercussions, and employers want to ensure any such issues are raised future.

A key part of this is training staff to remind them what sorts of issues can be raised, who to raise them with, how the employer will investigate and respond to concerns, and the protections whistleblowers have. We have been running a number of sessions with clients' staff and managers on these points. Please get in touch with your usual Employment contact if you would like more information.

Employers are required to check that all employees have the right to work in the UK before they start work. For employees on visas, the check must be repeated on the expiry of the visa. During the pandemic, temporary changes were made to the right to work requirements to allow checks to be done virtually using scanned copies of documents with verification completed over a video call with the individual. However, these temporary changes will now end on 20 June 2021. The Home Office had previously said the temporary changes would end on 16 May 2021 but has now deferred this to 20 June 2021, in line with the Government's roadmap out of lockdown.

From 21 June 2021, when carrying out right to work checks for new recruits or employees whose visas are expiring, the employer must check the individual's original documents in the presence of the individual. Alternatively, where available, employers can do an online check via the Home Office online right to work check portal and complete verification via a video call with the individual, but this option is only available for certain employees (those with a biometric residence permit or card, EU nationals granted status under the EU Settlement Scheme or those granted status under the points-based immigration system – not employees with a British passport).

Employers who have done an adjusted check during the pandemic in line with the Home Office COVID-19 adjusted guidance do not need to carry out a retrospective check once the rules change on 21 June 2021. The Home Office had previously indicated that a retrospective check would be required but this is no longer necessary under its revised guidance.

The deadline for applications under the EU Settlement Scheme is fast approaching. All EU nationals and their family members who were living in the UK by 31 December 2020 must apply for status under the EU Settlement Scheme by 30 June 2021 in order to continue living and working in the UK beyond that date. This applies to both EU nationals and anyone on an EU dependent visa or EEA family permit.

Applicants with at least five years' UK residence will be granted "settled status", while those with less than five years' residence will be granted "pre-settled" status to enable them to complete the five years required to qualify for settled status. Employers should encourage their employees who are EU nationals or family members of EU nationals to apply now if they have not done so already.

The Supreme Court has recently ruled on how National Minimum Wage (NMW) applies to workers who perform overnight "sleep-in" shifts. The case involved two care workers who were required to stay at the workplace overnight. One worked in private accommodation, the other in a residential care home. Both were paid a fixed allowance for the overnight shift. It was expected that both would sleep for most of the shift but could be called on to assist during the night, although in practice this happened infrequently. The workers claimed that they were being underpaid as they were entitled to the NMW for the entire sleep-in shift. Their employers argued that they were only entitled to the NMW for the time that they were awake and actually working. Their cases made it all the way to the Supreme Court.

The Supreme Court ruled that the care workers were not entitled to NMW for the time spent asleep and were only entitled to NMW for time that they were awake and actually working. This was the case regardless of how frequently the care workers were called on during the night. The Supreme Court drew a distinction between working and merely being available for work (which does not attract the NMW).

This case has been welcomed by the care sector, which could have been facing potential claims for many years' worth of backpay. The case confirms that workers who are required to sleep at, or near, their workplace and who may be called on during the night are not entitled to the NMW for the entire nightshift. They will only be entitled to NMW for the time they are awake and actually working. However, it is worth noting that the NMW position may be different for workers who are expected to be awake for most of the night but are allowed to sleep during breaks or downtime. In addition, different rules apply to the NMW, on one hand, and rest breaks and limits on working time, on the other. Activities that do not count as working time for NMW purposes may still count as working time for other purposes. This could mean, for example, that workers who are receiving the right pay are still working beyond the limits on working time or not receiving their correct rest breaks. Employers should seek advice on both areas in these circumstances.

Refusal to attend work during the pandemic

The employee in this case worked as a laser operator in a large factory, which remained open during the first national lockdown. On 29 March 2020, the employee messaged his manager saying he would stay off work until the lockdown eased because he had a young baby and another child with an underlying health condition. He was dismissed a month later. He claimed that he had been unfairly dismissed for refusing to attend work because of safety concerns relating to COVID-19.

The Employment Tribunal rejected his claim. It ruled that, while the employee had general concerns about COVID-19, he did not have particular safety concerns about the workplace. It was a large factory and the employer had put in place various safety measures, including staggered start and finish times, social distancing and additional hygiene measures. The employee had not raised any particular safety concerns with the employer prior to the text message and had, on one occasion, breached the guidance on self-isolation, which the Tribunal found difficult to reconcile with genuine safety concerns.

This is an example of the types of cases starting to make their way through the Employment Tribunals in the wake of the pandemic. Employees have a right not to be dismissed or disadvantaged for refusing to attend work where they have a reasonable belief in a serious and imminent danger to them or someone else. However, the case also shows it will be much harder for an employee to establish a reasonable belief in a serious or imminent danger where the employer has taken appropriate safety precautions against the risk of COVID-19 infection. Employers should, therefore, ensure they follow the Government COVID secure guidance closely. Employers should also carefully consider any particular safety concerns raised by employees, as the appropriate safety measures will depend on the workplace, the work undertaken and the employee's personal circumstances.

The Government has updated its guidance on furlough to reflect the extension of the Coronavirus Job Retention Scheme (CJRS) until 30 September 2021.

Under the CJRS, employers are able to put workers on furlough (paid leave) provided the worker receives at least 80% of their regular wages for any hours not worked up to a maximum of £2,500 per month (prorated for any hours worked). The CJRS was due to close on 30 April 2021 but has been extended until 30 September 2021.

The revised guidance confirms that:

For more details of the CJRS and how the extension will work, please see our note Furlough extension – how does it work?.

Employees have a right not to suffer a detriment for leaving or refusing to return to the workplace in circumstances of danger which the employee reasonably believes to be serious and imminent. A draft Order has been laid before Parliament which would extend this protection to all workers (not just employees). This would include casuals, zero-hours workers and some contractors and consultants. The Order is awaiting Parliamentary approval but is expected to come into force on 31 May 2021.

Compensation for successful discrimination and harassment claims is made up of two elements – the employee's financial loss caused by the discrimination or harassment, and injury to the employee's feelings. The so-called "Vento bands" have been created to guide Tribunals what to award for the injury to feelings element. On 6 April 2021, the Vento bands were increased, and the current bands are now as follows:

A Government advisory board is currently seeking advice from businesses, trade unions and charities on making flexible working the default position in the post-pandemic world. Options being considered include expanding the existing statutory right to request flexible working and introducing "non-contractual flexibility" (which would allow employees to choose where and when they work rather than specifying this in their contracts). A survey from the Institute of Directors has also shown that more than 60% of businesses intend to adopt a hybrid office/remote working model after restrictions have eased. We are helping a number of clients with their hybrid working policies – please get in touch if you would like a copy of our checklist of things to think about when drafting your policy.

A group of organisations, including campaigners, trade unions and economists, is calling on the Government to scrap shared parental leave and replace it with a "use it or lose it" period of non-transferrable paid leave for both parents. This is designed to address the low take up of shared parental leave and encourage men to take more time off around the birth of a child. Employment Update will report developments.

Since the last Employment Update, our work has included: