The decision in Franses v the Cavendish Hotel [2017] EWHC 1670 has attracted a lot of concern as to whether a landlord's motive is relevant to its ability to utilise section 30(1)(f) ("Ground (f)") of the Landlord and Tenant Act 1954 (the "LTA 1954"). Tenants and their representatives are concerned that Ground (f) is being used openly to defeat the purpose of the LTA: 1954 to protect tenants' business tenancies.

What were the facts in this case?

The tenant occupied ground and lower ground units at 80 Jermyn Street, St James’, London W1, which it used as a retail art gallery. The landlord occupied the rest of the building as a high-end hotel.

The tenant requested a new tenancy which the landlord opposed under Ground (f) on the basis that, on termination of the existing tenancy, it intended to carry out works to ready the premises for conversion into two retail units. At first instance the judge dismissed the tenant’s claim for a new tenancy so the tenant appealed. At the Court of Appeal, the tenant's claim succeeded in part. The judge decided that the landlord's underlying motive did not undermine its genuine and settled intention to carry out its works.

Has this case changed the law?

In fact, the law has not changed since the decision in Fisher v Taylors Furnishing Stores [1956] 2WLR 985 in which Parker LJ said: "It matters not to what use the landlord ultimately intends to put the building – he may intend to let it when the work is done to a third party. He may intend ultimately to occupy itself for his own business; or he may not have made up his mind at all."

This decision was approved by the House of Lords in Betty's Cafes Limited v Phillips Furnishing Stores Limited [1958] 2WLR 513; [1959] A.C.20. In Betty's Cafes, the landlord purchased the reversion less than 5 years before the end of the lease. It wished to occupy premises itself but could not benefit from the 5 year requirement within section 30(1)(g) of the 1954 Act. It also intended to carry out development works and relied on Ground (f) for terminating the tenancy. The House of Lords found that the landlord's desire to obtain possession of the premises with the end result of occupying them was irrelevant as to whether it had satisfied Ground (f).

Section 30(1)(f) requires that: "On the termination of the current tenancy the landlord intends to demolish or reconstruct the premises comprised in the holding or a substantial part of those premises or to carry out substantial works of construction on the holding or part thereof and that he could not reasonably do so without obtaining possession of the holding."

How has this been interpreted by the courts?

There are numerous authorities on this sub-section of the 1954 Act. All are fact sensitive. Some general propositions can be drawn from these relating to the meaning of the sub-section:

It matters not to what use the landlord ultimately intends to put the building.

Actions such as the landlord's admission that it simply wants to remove a tenant enjoying security of tenure, as in Betty's Café and Franses or that the proposed works would create something which was not economically viable or usable, as in Franses and Dolgellau Golf Club v Hett [1988] 2EGLR 75 CA, do not affect whether a landlord is found to have an intention to carry out works. 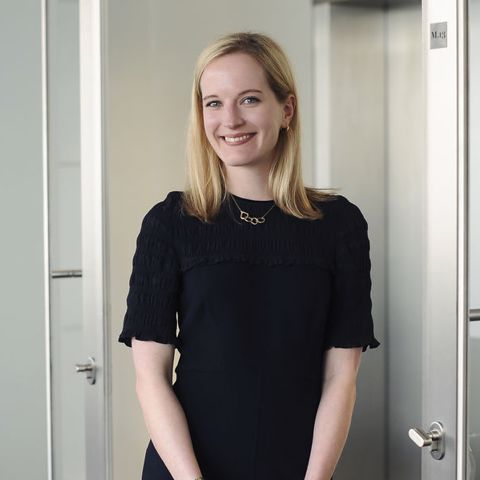