Investment in the pipeline: Combined Heat and Power Plants

The provision of heating from combined heat and power ("CHP") plants through a network of underground and internal heating pipelines has become a fairly common aspect of the utilities infrastructure in modern residential and mixed-use development schemes. They are also an increasingly popular investment asset class in their own right, attracting a diverse range of investors into the infrastructure sector. What are the key benefits (and shortfalls) of these systems and the legal issues within the contractual matrices underpinning these projects?

What are CHP systems?

Power plants emit heat during electricity generation. This heat is usually wasted and released into the atmosphere. In a CHP plant, this wasted heat is captured and used to heat water or steam, which is then transmitted to the end users via a primary network of underground pipes (which transmits the heat around the development) and a secondary network (which transmits the heating to each unit). In each unit there is a heat exchanger, known as a heat interface unit ("HIU"), which acts as the end point for the network, beyond which the individual end user connects its radiators. The responsibility for providing the heating to the end users usually lies with an energy services company ("ESCO"), pursuant to heat supply agreements entered into with each end user.

Power plants emit heat during electricity generation. This heat is usually wasted and released into the atmosphere. In a CHP plant, this wasted heat is captured and used to heat water or steam, which is then transmitted to the end users via a network of pipes.

Pros and cons of CHP systems

CHP systems scale up very effectively and can serve an increasing number of households, require less space than other systems, and can be effectively managed. Consequently, district heating systems are common in Europe, but less popular in the UK. The primary merit of CHP systems is taking advantage of lower heating costs when international fuel prices are high. The shortcomings are reduced competitiveness with low international fuel prices and high distribution costs in suburban and rural areas with less concentrated heat demands - the system only really makes sense in fairly densely developed areas.

Another factor is that installing these systems requires high initial cost: constructing pipeline networks, connections and plant, and buying expensive equipment such as boilers, heat absorbers, chillers, heat pumps, heat accumulators and HIUs. This makes the system very hard to retrofit but possible to incorporate into new builds, particularly where there are several developments taking place in the same location and/or where there is a nearby power station.

There are several key issues to be negotiated in most transactions, including:

The installation of the apparatus is often very expensive. If the ESCO pays, it will have calculated that its investment will come good once the development is occupied by a certain number of end users. If, however, the scheme is unsuccessful then its risk will not pay off. It is therefore not uncommon for the developer to agree to pay for the initial installation and then for the ESCO to reimburse these costs as the development is built out and occupied

The ESCO is usually responsible for maintaining and repairing the system, and sometimes for providing an alternative temporary power supply if the system breaks down. Various issues stem from these obligations, including:

- What if the tenants damage the system?

- If the CHP system fails and the ESCO has to supply alternative power, it will need a licence from the developer to locate often diesel-powered generators on site for however long it takes to repair the original CHP.

- The extent to which the ESCO is liable to compensate the tenants for a failure to supply tenants by way of service credits, which may be a capped sum. In reality, tenants do not have an option to source heating or hot water elsewhere as they have no gas supplies. A complete failure of the system, system leaks or a system which yields heating and hot water at more than the market rate, can lead to sales problems and reputational damage for the developer.

- Often the developer will require lift and shift rights to ensure that it can relocate the apparatus in the event of any potential redevelopment, the costs of which will typically be borne by the developer in full.

The question of status of legal ownership in the apparatus itself also underpins the financial viability of these schemes for developers and investors, with legal ownership dictating the analysis around certain tax treatment (such as the availability of capital allowances). The ability to transfer ownership to a third party is also enhanced by the asset-owning entity retaining an interest in land which can be transferred or "conveyed" in the land-law sense. The outcome of this question will depend on the facts in each case but often it is agreed that the apparatus becomes a tenant's fixture once installed.

District heating pipes do not currently benefit from the same type of statutory regime which protects the traditional utilities (such as electricity, gas, telecoms and water). Easements and wayleaves have historically been the norm for granting the necessary legal rights in land for the installation, maintenance and repair of apparatus for those utilities (with the statutory protections offering a fallback position), but the lack of statutory protection for district heating, coupled with the increased interest in this asset class from institutional investors (including pension funds, private equity funds and financial institutions), has seen a shift in demand towards more robust proprietary interests in the land in which the apparatus is installed. It is now not uncommon for developers to grant 30-40- year leases of the relevant underground area to the asset- owning entities, which are then registered at HM Land Registry. This offers investors a registered legal interest in land which can be charged to financiers, who can in turn protect this security by registration at the Land Registry.

What legal structure is put in place when a CHP system is installed? 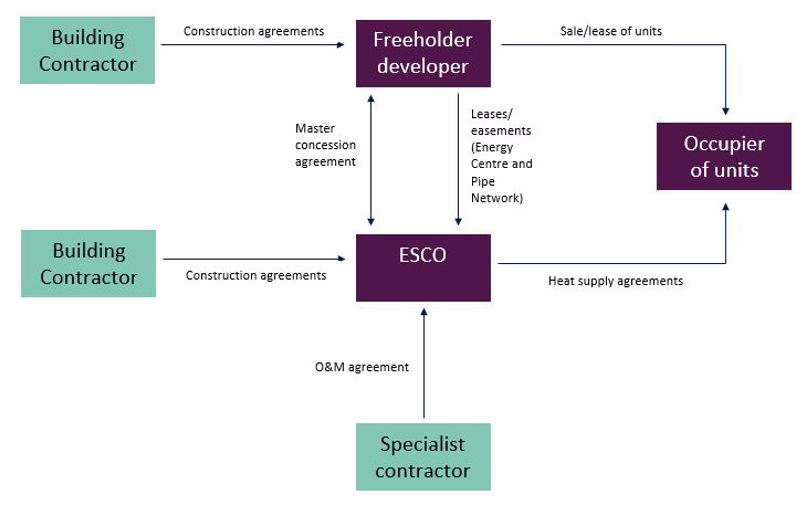 Documentation in a CHP scheme includes:

The use of CHP systems and the installation of district heating systems is growing in popularity for developers and end-users but also for investors as an investment class. It is a relatively new system in the UK, so the physical plant and network, and the contractual arrangements that regulate the relationships, are still evolving and need careful consideration at the outset of any development proposal.

This article was first published in the Estates Gazette on 30 August 2017. 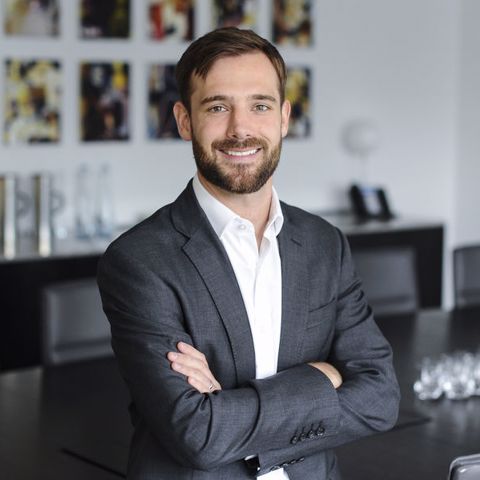