English courts are seeing an increasing number of claims brought against UK companies who are said to be responsible for harm to claimants who live outside of the UK, even though the company was not directly involved in the wrongful conduct alleged.

There are two main areas of caselaw developing: the "parent company liability" line of caselaw (where the leading cases are Vedanta and Okpabi) and the "value chain" line of caselaw (where the leading cases are Maran, Kalma and more recently, Josiya).1 These claims are not confined to the UK. While certain aspects of the UK legal system (e.g. the costs regime2), and the number of publicly listed multinationals in the UK, create a relatively favourable environment for these claims to be brought, we do see similar claims brought elsewhere, including in Europe, Canada and the US.

In the recent US case, Nestle USA Inc. v John Doe et al 593 U. S. ____ (2021) (the "Nestle Decision"), the US Supreme Court considered whether corporations in the US could be held liable under the Alien Torts Statute for "aiding and abetting" modern slavery overseas. The issues before the Court will be familiar to those who are acquainted with the UK's own "value chain" line of caselaw, whereby a foreign claimant seeks compensation from a UK-business (generally a multinational corporation) for the failure to prevent harm caused by a third-party.

The case concerned the alleged trafficking and enslavement of six Malian individuals on cocoa farms in the Côte D'Ivoire (the "Respondents"). Nestle, Cargill and other corporate entities (the "Petitioners") did not own or operate the farms, but they did purchase cocoa from the farms in which these Respondents were allegedly enslaved, and they did supply training, fertiliser, tools and cash in exchange for the exclusive right to purchase cocoa. The Respondents sued the Petitioners, seeking to apply the Alien Torts Statute (the "ATS"), on the basis that they had "aided and abetted" modern slavery practices.

"The district courts shall have original jurisdiction of any civil action by an alien for a tort only, committed in violation of the law of nations or a treaty of the United States."

The ATS is seen by many civil society groups and activists as a potential route to hold corporations to account for breaches of international law. Accordingly, many cases have been brought under the ATS over the past 40 years and the US Supreme Court has been asked on several occasions to consider the scope of the ATS. There were two key parts to the Nestle Decision:

"Because making "operational decisions" is an activity common to most corporations, generic allegations of this sort do not draw a sufficient connection between the cause of action respondents seek – aiding and abetting forced labour overseas – and domestic conduct"

The majority further held that the Courts cannot create a new cause of action – this role lies with Congress, not the Judiciary. In the leading Opinion, Thomas J considered that there would be foreign policy concerns associated with creating a cause of action to enforce international law. Thomas J considered that the only "international" torts that could apply under the ATS related to three historical torts that existed at the time the ATS was passed (i.e. violation of safe conduct, infringement of the rights of ambassadors and piracy). Thomas J considered that, in the absence of Congressional intervention, no new causes of action could be brought under the ATS. In support of this point, he pointed to the amendments made to enforcement against human trafficking in the Trafficking Victims Protection Reauthorisation Acts of 2003 and 2008, as examples of a Congress-driven approach to modern slavery, and noted that Congress may decide to create a cause of action against one category of defendants, and not another, and that this approach will evolve over time after careful thought and consideration on the part of Congress (as opposed to the Judiciary).

Within the US there are other existing avenues for redress in relation to enforcement against modern slavery, though these do not necessarily provide an avenue for suit in all respects. In particular, the 2008 reauthorisation of the Trafficking Victims Protection Action allows for claims to be brought against those who have indirectly benefited from human trafficking (for example. financially).

At the State level, many States in the US have enacted modern slavery legislation including, in some jurisdictions (e.g. Florida), legislation that allows for criminal and civil claims to be brought against corporates that have benefitted from forced labour or human trafficking. Indeed, the UK's Modern Slavery Act is largely based on the California Transparency in Supply Chains Act, one of the first pieces of legislation in the world to specifically target large retailers and manufacturers.

Although the Supreme Court has held that there is a high threshold for bringing a claim under the ATS, the Supreme Court has made it clear that corporates can be pursued under the ATS. Five of the Justices concluded that corporates are not, as a general proposition, immune from suit under the ATS, with Gorsuch J going so far as to say that the law generally places corporations and individuals on equal footing when it comes to assigning rights and duties. Though this may not be of much comfort to the Respondents in the Nestle Decision, it is of significance in the broader context of corporate liability.

The statements in the Nestle Decision regarding corporate liability indicate that corporates, even in the US, may be liable for similar conduct under other statutes. This, together with the growing trend in the UK and Europe of holding corporates accountable for human rights violations in their supply chains, require those in management to play close attention to risk factors in their supply chains.

How does the US approach compare to other jurisdictions?

While "parent company liability" and "value chain" claims are in their relative infancy in the UK, given that the UK Supreme Court has now twice declined to strike out "parent company liability" claims4, we expect to see more of these claims coming before English Courts in the future. For example, the English courts have demonstrated in recent years an increasing willingness to allow novel and ambitious international tort claims to progress to trial, overcoming early stage procedural challenges to their viability.

Whether this procedural flexibility will ultimately lead to these claims succeeding is, however, moot. As we recently explored in an article on this topic in our Disputes Resolution Yearbook, in both Maran and Kalma the Court of Appeal expressed scepticism (albeit in obiter) in relation to similar claims where the harm to the claimants was caused not by the defendant, but by a third-party (as was the case in the Nestle Decision). Similarly, we note that the claimants in Kalma sought (and failed) to impose a form of accessory liability (i.e. a substantively similar concept to the "aiding and abetting" cause of action in the Nestle Decision) on the UK-domiciled defendant for the actions of a third-party (the Sierra Leone Police). So while some procedural barriers to these claims may have fallen in the UK, claims brought in the UK may still face significant legal hurdles. (Although we note that in the recent Josiya claim, the High Court declined to strike out a novel value chain claim against two UK-domiciled tobacco companies. For more on this, see our recent article.)

UK-domiciled businesses should, however, also keep an eye on ongoing regulatory developments, both in the UK and internationally. The UK already has in place a corporate reporting regime under the Modern Slavery Act 2015, and the UK Government has announced an intention to expand it following pressures from NGOs, consumers and business leaders. In addition, civil society groups are campaigning for the UK Government to introduce a form of mandatory human rights and environmental due diligence across their global value chains ("mHRDD"), similar to the EU's proposed mandatory value chain regime (described below). A mHRDD regime is directed towards holding businesses accountable for human rights and environmental impacts further along their "value chain", usually in emerging markets. This would potentially broaden the scope of the current UK Modern Slavery Act corporate reporting regime, which focuses mainly on an organisation's upstream suppliers. The proposed mHRDD would require businesses to (i) carry out supply chain or value chain due diligence and (ii) identify and assess human rights infringements and/or environmental risks flowing from their operations.

Within the EU, Member States are starting to introduce mHRDD regimes to apply to European businesses throughout their global supply chains. For example, France's "Duty of Vigilance" law, passed in 2017, is already starting to see civil claims being brought against businesses for failing to put in place measures to prevent deforestation in Brazil. Further, the European Commission is currently considering whether to introduce an EU-wide mHRDD regime, potentially with a transnational effect. For more on the development of the EU's proposed mHRDD regime, please refer to our recent briefing on the subject.

[2] By way of a brief recap, the UK has a "loser pays" costs regime where the unsuccessful party is liable to contribute to the legal costs of the successful party. The UK's Qualified One Way Costs Shifting" regime means that in personal injury claims, successful Defendants are unable to recover their own costs. This can lead to substantial downside costs liability associated with this type of litigation. For more on this see our guide to commercial litigation in the UK. 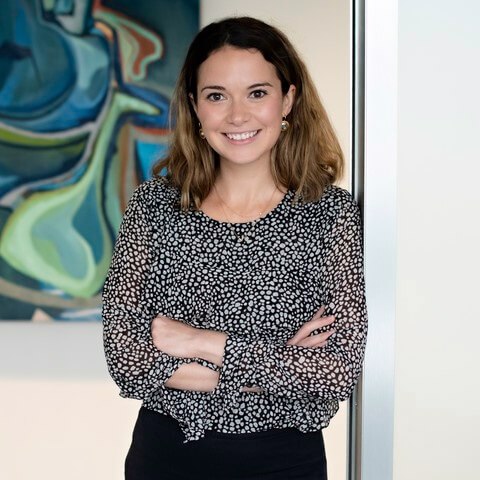