Pensions and Lifetime Savings Association: Drunk on virtue? Myths about diversity and inclusion in the pensions sector

The Pensions Regulator has recently gone on record with its views on diversity and inclusion (D&I) for the first time. As trustee boards are set to face increasing levels of scrutiny for a perceived lack of diversity, Daniel Gerring, Partner, Head of Pensions and Alex White, Associate at Travers Smith, explore why all pension scheme stakeholders can benefit from a change in approach towards D&I.

In an article for The Spectator in June 2018, the author Lionel Shriver launched a scathing attack on Penguin Random House for announcing a pledge that its authors and staff would be more representative of the UK population by 2025, a move which Shriver described as “drunk on virtue”. Suggesting that the initiative would make literary excellence secondary to box-ticking, she saw the publisher’s diversity programme as fundamentally incompatible with its commercial purpose: “Good luck with that business model”.

The publisher responded in equally uncompromising terms, reiterating that “we publish… on talent first and foremost”, and adding: “we… firmly believe that giving a platform to more diverse voices will lead to a greater richness of creativity and writing rather than stifling them”.

Similar arguments can be (and, in our experience, often are) made in a pensions context. But for the first time, the Pensions Regulator has acknowledged the relationship between D&I and good governance on trustee boards. In February 2020, it pointed to “clear evidence that diverse groups make better decisions” and announced its intention to launch an industry working group with the objective of promoting the recruitment and retention of diverse trustees. The Regulator added that there is “also scope for us to look at the steps trustees are taking to improve diversity through our supervision and enforcement activity”.  To complement the Regulator’s increasingly active focus on D&I, the PLSA has launched its Diversity & Inclusion: Made Simple Guide written in partnership with Travers Smith which addresses many of the D&I issues scheme boards will now be expected to consider.

But what does D&I have to do with pension schemes? And how does any of this affect members? In this article we tackle some of the arguments surrounding D&I in the pensions industry.

What do you mean by diversity?

Diversity is variety, and for a board to be diverse it must include individuals with a range of diverse characteristics. Some of these characteristics are visible upon meeting someone, but others, such as sexual orientation and religious belief, may not be.

Inclusion goes hand in hand with diversity because it is needed to capture the real benefits of having a diverse group of people, but it is often more difficult. Inclusion requires the effective involvement of diverse people on an ongoing basis in a way which enables everyone to feel included and able to perform to their full potential.

It's just another form of discrimination, isn't it?

When implemented correctly, D&I focuses on a fair process, not outcomes. To suggest that somebody should automatically be recruited just because they are from a marginalised group is to misunderstand the purpose of these initiatives; D&I is about acknowledging that these groups might not have the same opportunities as majority groups and taking steps to level the playing field.

However, meritocracy should not be confused with D&I either, because recruiting on merit alone at the point of application often ignores any inherent privileges or the comparative absence of challenges a candidate has had prior to that point. D&I is about considering a candidate’s raw skillset and how this might complement or bring new perspectives to the boardroom table; the rest of the role can be taught through training and complemented with investment, actuarial and legal advice.

OK, but what's the point?

Research indicates that diverse groups are better at assessing relevant evidence, logic and reasoning, and justifying their decisions. They are proven to be more innovative and efficient. David Fairs of the Pensions Regulator has recently acknowledged the “strong correlation between gender diverse trustee boards and those boards which score highest against our measure of quality governance”.

Diverse trustee boards are, quite simply, better at discharging their legal duties and providing the best possible outcomes for scheme members.

The figures suggest otherwise. More than 80% of scheme trustees are male, and a quarter of schemes have all-male boards. Half of trustee board chairs are over 70 years old, and 7% of trustees are over 70. Just 3% are under 40.  We do not have sufficient data on other diverse groups, such as those from the LGBTQ+ community, but our experience suggests that representation here is likewise poor.

By contrast, more than 30% of board members of FTSE100 companies are female,  and only 19% of chief executives are over 60.

I meant we're diverse because we think differently

Caroline Escott has previously noted in Viewpoint (Issue 1, 2019) that 78% of scheme trustees have been educated to degree-level in the same subjects: business and management.

A trustee board comprised of people who have been educated in the same way or have similar backgrounds is very unlikely to be diverse in the way that it thinks, and it is far more likely to reach decisions through positive feedback loops than it is to scrutinise ideas, challenge the status quo and come up with innovative solutions.

Diversity can make decision-making uncomfortable because it should result in ‘creative conflict’. It is far easier to work in an environment where people are the same as us, because we are drawn to the familiar. But how does that affect member outcomes? Diversity challenges people, it gives them the opportunity to listen to different perspectives, and it leads to better decision-making. D&I is inextricably linked with good governance.

Members are concerned about investment returns

A common misconception about D&I is that it is incompatible with organisational success. The implication is that promoting diverse candidates means compromising on quality which will, in turn, be detrimental to member outcomes. This is a fallacy.

In fact, the business case for D&I is compelling. Homogenous boards, even those with a wealth of professional experience, can still be rife with behavioural biases, such as groupthink, which can have a significant impact on investment returns. Diverse boards are better at offsetting these biases, because they benefit from different perspectives and greater scrutiny of their decision-making process.

Research in this area has found a strong correlation between, for example, ethnically diverse teams and profitability on simulated financial markets; and gender diversity and value creation. The evidence shows that embracing D&I is far more likely to drive improved investment returns than it is to compromise on them.

We can't be diverse - we already struggle to fill vacancies

Lots of boards worry about the difficulty they have in persuading diverse candidates to step forward. As Fairs has noted, “the current lack of diversity and lack of role models for different characteristics must be a barrier and influence those who would [otherwise] be prepared to put themselves forward”.

The solution to this can be as simple as looking at the recruitment process a little differently. Trustee boards should consider the language used in their member-nominated trustee (MNT) materials, emphasising the opportunity to make a valuable contribution to the scheme as well as developing new skills. Selection, instead of or in addition to election, of MNTs may also help boards become more diverse. Employers can also play a role in encouraging diverse candidates to volunteer by taking steps to ensure the role of trustee is compatible with any other commitments the candidate may have. Where employers and trustees are keen to be more proactive, they may consider if active selection (rather than election) of suitable candidates would be appropriate.

This article offers a very brief introduction to some of the issues associated with D&I in a pensions context. For more details about the benefits of D&I, more evidence behind the statements made here and some hints and tips about active recruitment, retention and promotion of talent to trustee boards, see the PLSA’s Diversity & Inclusion: Made Simple Guide.

This article was first published in Pensions and Lifetime Savings Association. 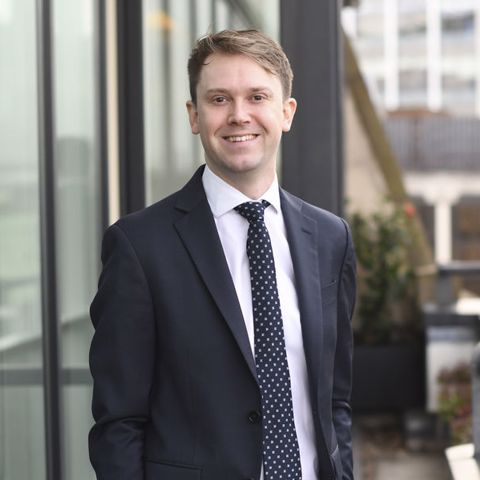 10 actions for getting to grips with pensions dashboards