The Arbitration Act 1996 (the "Act") provides a framework for arbitration proceedings seated in England and Wales or Northern Ireland. It has played a key role in cementing London's status as a leading seat for commercial arbitrations.

In November 2021, the Law Commission announced that it would conduct a review of the Act, with a view to ensuring it is as clear, modern and efficient as possible.  The Law Commission has now published its consultation paper, which contains its provisional reform proposals.

This article summarises some of the key issues and proposals for reform arising from the consultation paper.

Express confidentiality provisions were deliberately omitted from the Act in 1996.  Instead, the confidentiality of arbitrations under the Act is a matter to be considered on a case-by-case basis.  In some instances, a term of confidentiality may be expressly agreed by the parties, or implied as a term of the arbitration agreement.  In others, there may be a presumption of transparency, particularly in cases involving matters of public interest.

The Law Commission considered the merits of codifying a default presumption that arbitrations are confidential, subject to certain specified exceptions.  However, its provisional conclusion is that the Act should not seek to codify the law of confidentiality, which would be better left for development by the courts.

Independence of arbitrators and disclosure

The provisional view of the Law Commission was that there is limited additional benefit to imposing a statutory obligation of independence, given that arbitrators are already subject to a statutory duty of impartiality (under s 33 of the Act).  There are also practical difficulties in imposing such an obligation, given that in many industries professionals are well known to each other (and may well have worked together previously).  In those circumstances, the most important thing is for an arbitrator to remain impartial.

So that parties can have confidence in that impartiality, the case law imposes an obligation on arbitrators to disclose any connections they may have to the parties to the proceedings.  The Law Commission's preliminary view was that the common law position should be codified in the Act, so as to impose a statutory duty to disclose any circumstances which might reasonably give rise to justifiable doubts as to their impartiality.

The Law Commission has provisionally proposed that protections from discrimination also be extended to the arbitrator's "protected characteristics"[1].  This would be achieved by amending the Act so that:

An exception would apply where an arbitration would require an arbitrator to have that protected characteristic as a proportionate means of achieving a legitimate aim.  An example might be a requirement that an arbitrator has a nationality different from the parties.

A key objective of the Act is to enable arbitral proceedings to be dealt with in an efficient and proportionate manner.  One way to help meet that objective would be to allow arbitrators to deal with unmeritorious claims by way of summary determinations, allowing parties to avoid wasting time and costs on hearing claims which are clearly unmeritorious.  However, there is no express provision in the Act enabling arbitrators to adopt a summary procedure, meaning that some arbitrators are reluctant to do so.

Accordingly, the Law Commission has provisionally proposed that the Act should explicitly provide that an arbitral tribunal may adopt a summary procedure to dispose of a claim or defence, unless the parties have specifically agreed to opt out of such a procedure.

The Law Commission has proposed two possible thresholds for such a procedure: either that the issue to be summarily disposed of is "manifestly without merit" (a phrase used in some arbitral rules), or that it has "no real prospect of success" (a threshold applied for summary judgment by the courts under CPR 24).  The Law Commission has sought the views of consultees on their preferred formulation.

Interim measures by court in support of arbitral proceedings

Section 44(2) of the Act currently provides that the courts have the power to make certain orders in support of arbitral proceedings.  The Law Commission considered whether any amendments may be required to clarify the scope of this power in certain areas, for example by:

The Law Commission has sought comment on those proposals.

The Law Commission has also proposed limited amendments regarding the procedure for challenging the jurisdiction of arbitral tribunals before the courts.  Those include a proposal that such challenges be heard by way of an appeal (instead of by rehearing as under the current framework), and confirming that an arbitrator may make an award of costs in consequence of an award ruling that it has no substantive jurisdiction (a power the Law Commission considers that a tribunal already has, but sees merit in putting beyond doubt).

The Law Commission also provisionally concluded that there is no requirement for a reform to the provisions providing for an appeal on a point of law.  It has concluded that the current legislative framework strikes a reasonable compromise between the need to ensure the finality of arbitral awards, and the need to provide an avenue by which errors of law may be corrected.

The Law Commission also provisionally proposed that the immunity of arbitrators be strengthened, by reversing case law which holds them potentially liable for the costs of court applications impugning an arbitrator (for example in the case of an application to the courts to remove an arbitrator).

The Law Commission's consultation paper indicates that it is aiming to take a cautious and pragmatic approach to reform of the Act.  The proposals reflect a broad view that the current framework is generally working well, and that although limited reforms in key areas may be desirable, wholesale reform is unnecessary.

The Law Commission has asked that responses to the consultation paper be provided by 15 December 2022.

[1] Under the proposal, "protected characteristics" would be those identified at section 4 of the Equality Act 2010, including age, disability, gender reassignment, marriage and civil partnership, pregnancy and maternity, race, religion or belief, sex, and sexual orientation. 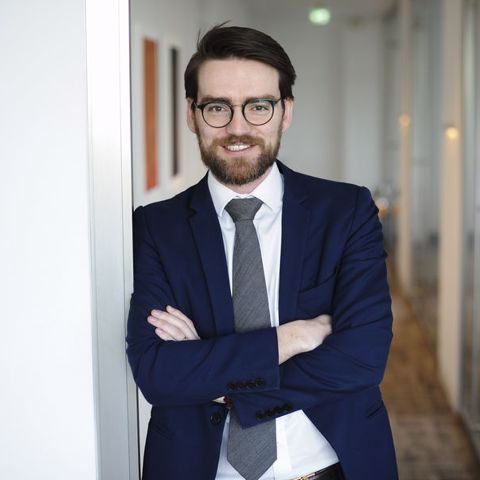