Travers Smith LLP is pleased to announce the appointment of partner Daniel Gerring to LGBTQI charity GiveOut's Board of Trustees. Daniel has been appointed alongside Aisha Shaibu, the founder of the organisation Moonlight Experiences and an activist for integration, diversity and equality.

Daniel Gerring is a partner and head of the firm's Pensions Practice. He is also a founding member of the firm's Diversity & Inclusion Board. Daniel has been an activist for LGBTQI rights for many years and sits on a number of charity boards, including as Chair of Trustees of Just Like Us, the LGBT+ charity for young people, and as a Trustee of Refugees at Home and City YMCA, London. Daniel brings significant expertise to GiveOut on international law, governance and organisational change in both the corporate and charity sectors. He is also a member of the Network Group for the All Party Parliamentary Group on Global LGBT+ Rights and a Leadership Fellow of St George’s House, Windsor Castle.

Aisha Shaibu works to increase the representation of LGBTQI people of colour in travel and society and works closely with UK Black Pride bringing a wealth of experience in diversity, community engagement work and movement knowledge. Aisha's organisation Moonlight Experiences immerses travellers into the authentic side of queer communities whilst empowering marginalised voices and harnessing the economic power of LGBTQI tourism to support queer artists and venues. Recognised by the Mayor of London for impact, Aisha's activism extends to increasing the representation of black and POC queers in travel and society through the work she does with UK Black Pride.

Daniel Gerring commented: “It is an enormous privilege to be joining the awesome team at GiveOut. Activists fighting for LGBTQI human rights around the world deserve our strong support and GiveOut is a great platform through which to do this.”

Aisha Shaibu commented: "I feel so honoured to be part of GiveOut. It's truly a unique opportunity to join an organisation that doesn't only support our LGBTQI community globally, but one that truly makes a significant impact.”

Elliot Vaughn, GiveOut’s founder and the Chair of its Board of Trustees said of the new Board members: "We are so excited to welcome Aisha and Daniel - they both bring important new skills and perspectives to our Board and we hugely look forward to having them help to shape, govern and grow GiveOut over the coming years."

GiveOut (@GiveOut_Org) is a UK-based charity working to grow giving to support the global struggle for LGBTQI human rights, ensuring that activists and their organisations have more of the resources they need to defend their communities and campaign for equality. The organisation enables individuals and businesses to give in one place to support LGBTQI human rights activism worldwide, pooling these donations and distributing them as grants to activist-led organisations around the world.

The appointment of Daniel and Aisha to the Board of Trustees comes in the year that GiveOut will announce its third and largest portfolio of grants so far, pooling donations from individuals and businesses to support LGBTQI human rights groups worldwide as they adapt to the COVID-19 crisis and work towards building a more equal future. 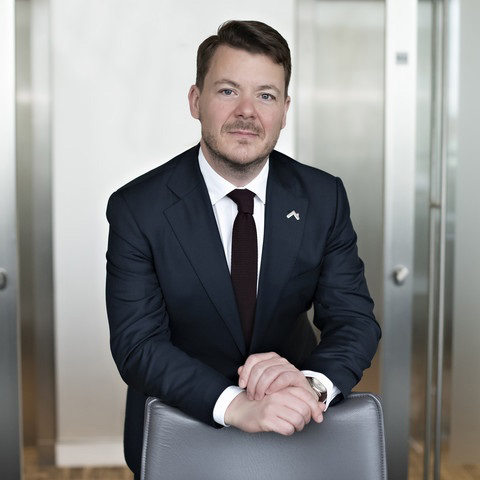