When will a confidentiality obligation owed to a third party trump a disclosure obligation in English proceedings?

The recent judgment of the High Court in Palladian Partners & Ors v The Republic of Argentina & Anor [2022] EWHC 2059 (Comm) provides an interesting insight into the factors that will be weighed by the court in determining whether a confidentiality obligation owed to a third party should obviate the need for a party to provide inspection of relevant documents in English litigation.

The first defendant, the Republic of Argentina, applied for an order, pursuant to paragraphs 14 and 18.1 of CPR Practice Direction 51U, to withhold from inspection documents provided to it by the International Monetary Fund (IMF). Argentina contended that production of the documents would breach its confidentiality obligations to the IMF, arising from Article 9, Section 5 of the IMF's articles of agreement, by which Argentina, as a member of the IMF, is bound. Argentina relied on a letter from the IMF, written for the purpose of use in the application, which stated that the IMF would regard production of the documents in the English proceedings as a breach of Argentina's obligations. The application was heard approximately three months prior to a five-week trial.

In total, Argentina sought to withhold inspection of 1,179 documents, on account of its confidentiality obligations to the IMF. The documents were originally held in the email accounts of Mr Sergio Chodos, Argentina's then representative at the IMF. Argentina did not oppose inspection on grounds of relevance; it accepted that, as regards relevance, the test for disclosure and inspection under the CPR was satisfied.

The underlying claim relates to securities issued by Argentina, in which the right to payment was linked to the growth of Argentina's GDP. The claimants allege that the rebasing of Argentina's GDP in Q4 of 2013 adversely impacted their prospects of receiving payment under the securities, and was either contractually invalid or constituted a breach of contract by Argentina. In defending the claim, Argentina relies on its interactions with the IMF, to explain the rebasing decision.

In determining Argentina's application, the judge, Mr Justice Foxton, did not dispute that Argentina owed obligations of confidentiality to the IMF in respect of the documents concerned. However, he observed that it was clear from the authorities that the existence of a confidentiality obligation to a third party does not present a complete bar to an order for inspection. Rather, it is a relevant factor to be weighed by the court, in balancing the consequences of producing the documents against the imperative of disposing fairly of the proceedings in which the documents are sought. It is for the party seeking to withhold inspection to persuade the court it is appropriate to do so.

The judge noted, drawing on Bank Mellat v HM Treasury [2019] EWCA Civ 499, that confidentiality issues are commonly addressed in English litigation through arrangements such as confidentiality rings, or agreements to avoid explicit references to the content of confidential documents in open court. On this application, no such arrangements were proposed by any party, such that the court was faced with a "binary choice of inspection or non-inspection", three months before trial.

First, If Argentina had retained its own copies of at least a subset of the documents, this would have negated the need to request the documents from the IMF, such that Article 9, Section 5 of the IMF's articles of association would not have been engaged. The relevant confidentiality obligation would, in those circumstances, not have arisen (the confidentiality of the documents to Argentina was not a bar to disclosure in circumstances where Argentina was party to the litigation). The judge accepted that this point only applied to a subset of the material. Nevertheless, he concluded it was a significant factor.

Second, the documents sought related to a limited period, eight or more years ago. As such, they concerned historical matters.

Third, there was no evidence that Argentina would be sanctioned for complying with an order of the court to permit inspection. The judge held that "the mere existence of legal obligations of confidentiality will often carry little weight without some evidence before the court that is a real risk of an adverse sanction following from production or inspection". Argentina raised the possibility of expulsion from the IMF as a potential sanction, pursuant to Article 26, Section 2 of the IMF's articles of association, but the judge regarded this as "highly improbable", noting that no evidence had been produced as to the circumstances in which that procedure might be invoked. The position was significantly different from that in Bank Mellat v HM Treasury, in which the claimant asserted that it was bound by confidentiality obligations under Iranian law in relation to customer data, and that if it were ordered to produce documents in breach of that obligation, criminal penalties, including imprisonment of the bank's officials, might be imposed.

Fourth, no detailed reasoning had been provided as to why the documents, or certain of them, were confidential to the IMF. The letter from the IMF resisted production on grounds of principle, rather than on grounds that might permit a "nuanced appraisal" of the consequences of inspection.

In considering the consequences of non-inspection from the claimants' perspective, the judge concluded that the claimants may be prejudiced if inspection of the documents were to be withheld. The documents, which included communications between Argentina and the IMF, were plainly of potential relevance to the underlying litigation, particularly in circumstances where Argentina was relying on its interactions with the IMF in defence of the claim. The potential relevance of the documents was compounded by an absence of documents from other sources relating to the rebasing decision. The judge noted that "contemporaneous documents are the best and most reliable form of evidence and they are frequently essential to testing the accuracy of witness recollection".

The judge also agreed with the claimants' contention that it would be unfair for the claimants to be denied access to relevant documents that were accessible to members of Argentina's legal team, including those engaged in the proofing of its witnesses.

Argentina relied on the IMF's contention that information in documents which had been provided for inspection, the so-called "Rule K-1 Reports", contained all or much of the information in the withheld documents. This submission was rejected. It was not satisfactory to expect the court to treat the IMF's view as a sufficient evidential basis for a conclusion that the documents were of limited or marginal relevance. For such an argument to "have legs", it would need to have been supported by a witness statement from a solicitor qualified in this jurisdiction and familiar with the English disclosure regime, who had reviewed the relevant documents. In addition, the judge observed that if the K-1 reports did contain the substance of the material information in the withheld documents, then it was difficult to see what substantive loss of confidentiality would flow from those documents being produced.

Further, Argentina's arguments that it would not be proportionate to permit inspection were dismissed; a €650 million claim set down for a five-week trial was not a "promising context" for proportionality-based arguments.

Overall, the judge concluded that the balancing exercise he was required to conduct militated in favour of rejecting Argentina's application and instead making an order that the documents concerned be disclosed and provided for inspection without delay. 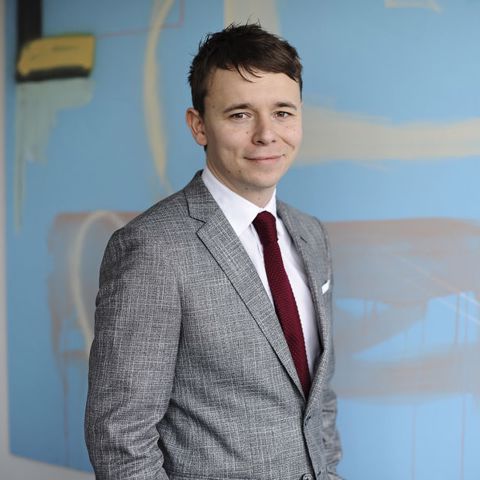