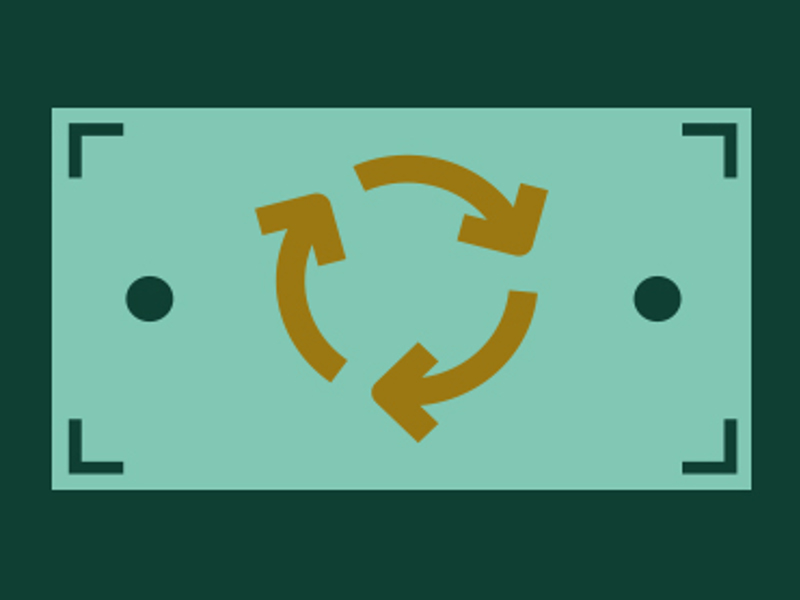 With COP27 starting earlier this week, all eyes remain on what progress governments and international organisations are able to make to meet climate critical finance targets. Climate finance is a major issue at COP27, as it has been since developed countries initially agreed to mobilise $100 billion per year at COP15 in 2009 by 2020 (later extended to 2025). However, this annual target has never been met. This global climate finance gap is seen as an increasingly important barrier to overcome, as more vulnerable developing countries are finding it difficult to mitigate and adapt against the worst aspects of the climate crisis without this financial support. In light of the negative outlook gripping the global economy, whether leaders can commit to finally meeting the financial targets at COP27 is a big question.

What is climate finance?

The term 'climate finance' refers to funding which is used either to cut emissions ("mitigation") or to help people adapt to climate change ("adaptation"). Climate finance is designed to enable developed countries to provide developing countries with financial support, given their greater responsibility for contributing to climate change historically and, generally speaking, have greater capacity to deal with the consequences of it. Ironically, the countries most in need of finances to commit to climate change are those who will and are already suffering the most severe consequences of it.

The initial commitment came from the 1992 UN Framework Convention on Climate Change ("UNFCCC") being that "developed" countries should "provide new and additional financial resources to meet the agreed full costs incurred by developing country parties."

At COP15 in Copenhagen, various countries agreed to mobilise $100 billion a year by 2020 to "address the needs of developing countries," with a formal decision supporting this goal made at COP16 in 2010. At COP21, the Paris Agreement built upon this target in tasking nations with setting "a new collective quantified goal from a floor of $100 billion per year, taking into account the needs and priorities of developing countries" to take effect from 2025.

Despite this pledge, the target has never been met. In advance of COP27, the UNFCC's Standing Committee on Finance published its report on progress towards achieving the goal of mobilizing jointly $100 billion per year to address the needs of developing countries in the context of meaningful mitigation actions and transparency of implementation. The report ultimately concluded that climate finance needs to increase by greater than 20% (in comparison to 2020) if the target is to be met next year.

In particular, Carbon Brief called out the US in falling $32 billion short of its ‘fair share’ of the $100 billion climate-finance goal in a briefing earlier this week (with the UK falling short by $1.4bn). Their analysis compared national shares of historical emissions with the proportion of contributions to the overall goal of mobilising a $100 billion by 2025.

The Intergovernmental Panel on Climate Change has stated that climate-related investment in developing countries needs to increase by up to eight times until 2030 if the Paris Agreement's warning limits are to be met.

It has been suggested that the failure to meet this pledge could potentially undermine the trust which is needed between developing and developed countries at a time when co-operation is essential if climate targets are to be met.

Though the picture seems bleak, the trajectory is the right one, though progressing too slowly. The UNFCCC's Standing Committee on Finance reported in early November that climate finance flows to developing countries from developed countries, or through climate funds or multilateral development banks, increased from 6% to 17% between 2019 and 2020, with climate mitigation financing growing in particular. For the asset management community, it will be interesting to note the emphasis on taking climate risk and negative outcomes into account in decision-making for all finance flows and not just those with a deliberate climate emphasis. Asset managers are expected to have a particular role to play in making finance consistent with a pathway towards low greenhouse gas emissions and climate-resilient development). It is also becoming clearer that alignment with the goals of the Paris Agreement means a front-loading of investment between now and 2030; funds spent on climate change mitigation measures in 2030 cannot have the same impact as the same amounts spent in 2023, when it is clear that the pace of climate change is intensifying year on year.

Climate finance is one of the key issues of COP27 and will be central to progress at the conference. Not only will existing pledges (such as the $100 billion mentioned above) need to be revisited, but new goals for 2025 will need to be set, as promised in the Glasgow Climate Pact. There is also an ever-growing focus on additional adjacent areas, such as loss and damage, which was intensely discussed at COP26 despite no commitments making it into the final text. This specific form of climate finance focuses on specific funding to tackle irreversible impacts of climate change, which might include rebuilding critical infrastructure after severe weather events, such as the recent flooding in Pakistan. Despite hesitancy from larger nations, space has been added to the COP27 agenda to talk about matters relating to "funding arrangements responding to loss and damage associated with the adverse effects of climate change, including a focus on addressing loss and damage."

Particularly vulnerable nations, such as low-lying island states, have demanded action on loss and damage at COP27. Mia Mottley, the Prime Minister of Barbados, has called for a "global mechanism" for loss and damage funding in her Bridgetown Agenda. Wealthier nations have often been hesitant to provide this funding due to fears of uncapped future liability.

Whilst the focus of COP27 will be on meeting existing commitments and new pledges on climate finance, there is understandably impatience to ensure that climate finance goes beyond words and translates into effective climate action.

At present, roughly 71% of public funding to developing nations is provided in the form of loans rather than direct grants. It has been stressed that there needs to be a move away from these loans to grant-based finance, so as not to increase the debt burden on low-income countries. According to the IMF, 60% of low-income countries are in (or at high risk of) debt distress and climate finance in the form of loans only adds to this debt. This is especially prevalent in small island states (some of the countries most exposed to the extreme risk of climate change) who are paying at last eighteen times more in loan repayments than they receive in climate finance.

Jan Kowlazig, a senior policy advisor at Oxfam, explained that loans are of less use to poorer countries as the "society may not be able to generate enough revenue that can be recycled back to a lender without increasing debt levels of that country." So-called "Debt-for-Climate" swaps have been suggested as one way in which to simultaneously address the debt crisis whilst boosting climate spending, as the creditor provides a partial forgiveness of debt and the money is used domestically to fund-climate related projects. These swaps have been used in environmental conservation since the 1980s following the creation of "debt-for-nature" swaps.

There is a growing recognition, due to the amounts required to meet climate goals, that the private sector has a key role to play in mobilising climate finance. John Kerry, the U.S. Climate Envoy, is a strong advocate of the private sector, stating that "no government in the world has enough money to solve the climate crisis."

Investment by the private sector can be encouraged through the use of grants, low-interest loans or loan guarantees to mitigate the risk of projects and push them forward. For example, the US Senate recently passed the "Inflation Reduction Act", which allocates $370 billion to climate action and is expected to reduce US emissions to about 40% below 2005 levels by 2030, with the act providing this investment through a mix of tax incentives, grants and loan guarantees.

Private investment was also boosted at COP26 by the launch of the Glasgow Financial Alliance for Net Zero ("GFANZ"), a coalition of more than 550 private firms who committed to accelerating the decarbonization of the economy.

However, concerns have been raised around the use of the private sector funds in tackling climate change. The private sector traditionally invests for return and is unlikely to invest into countries which are considered "unstable" or into projects where there is little return on investment. Therefore, despite increasing calls for finance to focus on adaptation and loss and damage, private sector investment is more likely to be provided to mitigation projects such as large energy and infrastructure projects as these are deemed to be the most profitable. It will be interesting to see whether the exponential growth in demand for sustainable investments and an increasing availability of impact funds will allow some of this private capital to be diverted to areas it is not currently reaching.

Concerns have also been raised that private initiatives might not meet the necessary standards required, or could be considered to be greenwashing. For instance, the UN-appointed High-Level Expert Group stated in their recent report that "leadership campaigns like Race to Zero and sector alliances like [GFANZ] must reinforce high‑quality voluntary efforts and consolidate best practices" with non-state actors generally needing to "prioritise urgent and deep reduction of emissions across their value chain."

On 8 November, a report by the Independent High-Level Expert Group on Climate Finance co-chaired by Lord Stern, the renowned climate economist, said that rather than the $1 trillion in external finance previously said to be needed annually by 2030, the true amount taking into account mitigation, adaptation and loss and damage is over $2 trillion a year.

While these numbers are significant, it was estimated last year by one insurance provider, Swiss Re, that under the current trajectory "rising temperatures could reduce global GDP by as much as 14% or $23 trillion by 2050 compared to a world without climate change". Statistics like these should focus the minds of governments and private firms alike. However high the costs in monetary terms, however, the cost of inaction for millions of people will undoubtedly be higher. COP27 represents another opportunity for countries to work together to make significant commitments to climate finance. 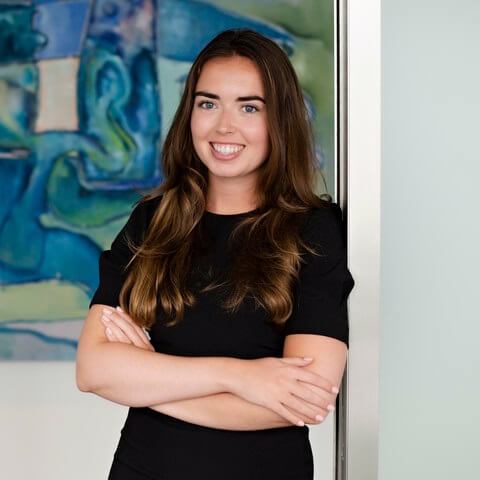