Heads and tails: no slipping through the eco-net

The process of applying for planning consent increasingly requires ever more detailed statements and assessments before an application is determined. This often involves onerous commitments by developers in order to satisfy pre-commencement conditions. Many of these relate to ecological protection and improvements.

Hot on the heels of legislation enacted in 2018 designed to rein-in the imposition of pre-commencement conditions attached to planning consents, there is an emerging trend of local planning authorities imposing obligations relating to ecological matters that must be satisfied prior to commencement of development, sometimes at considerable cost to the developer.

These conditions include those relating to Suitable Alternative Natural Green Space (“SANGS”), already enshrined in the Conservation of Habitats and Species Regulations 2010 (the “Regulations”) and those relating to Biodiversity Net Gain (“BNG”) and Conservation Covenants (“CC”) which is contained within the Environment Bill 2019 (the “Environment Bill”) which is designed to govern the principles for environmental sustainability and protection in a post-Brexit world.  The Environment Bill passed its second reading in the House of Commons on 28 October, but will need to be reintroduced by the new government after the election, so there will be a delay in seeing these, or amended versions, of these principles on the statute books.

Under the Regulations, local planning authorities must not grant consent for development adjacent or close to designated protected sites (such as RAMSAR sites or Specially Protected Areas designated under EU legislation) where the development is likely to have a significant detrimental effect on such protected areas. The provision of SANGS provides mitigation for the effect of an increase in residential population in areas adjacent to protected sites. The SANGS are not designed to replicate the protected area, but to provide green space freely available for recreational uses, particularly dog walking, which would otherwise impact on the protected site.

As described in a previous briefing, case law has made it clear that SANGS must be provided at an early stage in the development process. This allows time for the acquisition and preparation of the SANGS land to make it ready for recreational use prior to occupation, but also allows the local planning authority to ensure that it fulfills the requirements of the Regulations, that no development is permitted to come forward unless the requisite amount of SANGS is clearly and realistically deliverable, and that the development cannot be occupied until the SANGS has been delivered ready for use.

From the developer’s point of view, this means that suitable land must be acquired and the money made available for preparatory works before commencement of development. The local planning authority cannot permit any contingency or conditionality in the delivery of SANGS. The developer must have acquired the land, or bought into an existing council or privately owned SANGS, before it can commence development. Where the development is very small, the developer can generally make a financial contribution towards SANGS.

SANGS land must be provided within a range of between 0.5km and 1km from the related development.  This has resulted in the emergence of a market for undeveloped land near to protected sites, attracting a premium on the cost of such land where it is suitable for SANGS purposes.  This premium is enhanced where such land is adjacent to, or can be connected with, an existing SANGS as this is a more attractive option both for the council and for potential users. The acquisition of SANGS has become a significant additional cost and cause of delay for developers affected by these requirements, and one to which developers must commit significant resources at an early stage of the development.

Once SANGS have been established, they are often transferred to an appropriate body, such as the Lands Trust, to maintain them in perpetuity. This gives the local planning authority the assurance they need that the required mitigation will remain in place.

The Environment Bill (in its current form) introduces a mandatory requirement for developers to deliver not just a replacement for, or mitigation of, biodiversity impacts, but a 10% increase in biodiversity post-development than existed pre-development. This off-site compensatory net gain is to be maintained for a period of at least 30 years.

From a developer’s point of view, it allows certain habitats to be turned into developed land, subject to the BNG mitigation requirement. There are exemptions – ancient woodland, and certain other habitats such as blanket bog and limestone pavements, which are relatively rare and irreplaceable, cannot be compensated for and cannot therefore be developed.

The Environment Bill proposes that the BNG requirement will be a planning condition. It will require substantial site assessment procedures both in terms of assessing the existing biodiversity and working out what a 10% enhancement of this might mean, as well as the identification of land nearby which is suitable to host the net gain. The Environment Bill proposes the use of a Biodiversity Metric available online from Natural England. There are issues with this system, as it cannot yet operate on a species-level assessment which, given the numerous “newt-gate” hitches to development in the recent past is, or should be, one of the key reasons for introducing the BNG mechanism.

If the 10% target is not achieved, a revision of the proposed design may be required and the potential for off-site compensation may be considered. This indicates the scale and complexity of pre-application work required of a developer, on top of the existing environmental impact assessments already required. If mitigation is not possible, at all or at less than the 10% target, a cash contribution will be required to acquire “biodiversity units” within the local area. This could well result in a market in biodiversity, as is emerging for SANGS. It is not clear how such a tariff will be translated into the form of a planning condition. This does not take into account the practical, and thorny, issue of whether these compensatory/replacement approaches to biodiversity will actually be effective.

Development which falls outside this regime includes that undertaken through the Nationally Significant Infrastructure Project regime, development on urban brownfield sites with genuine viability issues, and development under permitted development rights and householder extensions.  There will be a two-year transitional period from the date when the Environment Bill becomes law, during which the BNG obligations will come into effect.

The Environment Bill also provides for the introduction of voluntary agreements that will bind the land between “responsible bodies” (which includes the Secretary of State, local authorities, or other suitable public bodies and charities) and landowners. These will be similar to s.106 agreements, and will allow habitats to be created to compensate for biodiversity loss, and maintained long term. Such conservation covenants (“CC”) must be for conservation purposes and must be intended by the parties to be for the public good. They are registrable as local land charges, so successors in title to the land will inherit the burden of them. They will be enforceable by the usual contractual powers.

A CC can restrict what is done on the land and impose obligations in respect of the land which is subject to such a covenant, but can include provision for public access to the land. The default duration is in perpetuity, or the remainder of the term under a long lease, but can be agreed for a shorter period. This ensures that BNG is not just short term. The obligations in the CC can be released, discharged or modified by agreement, which leaves a potential loophole that might be exploited in ways which reduce the effectiveness and longevity of the CC.

The overall focus above has been on the front-loading of the commitments towards satisfying obligations relating to BNG and SANGS, and in this current policy environment, it seems likely that these responsibilities would increasingly lie with the developer in any new version of the Environment Bill.

These obligations are also clearly intended to survive for a long time into the future. Traditionally, obligations such as on-site landscaping planning conditions, tend to last for the first five years post first occupation. However, SANGS and BNG provisions will last for much longer: in the case of BNG, the Environment Bill proposes that the 10% gain should survive at least thirty years, and the default time period for a CC is in perpetuity. In the case of SANGS, land is conveyed to charitable trusts, such as the Lands Trust, to manage as SANGS in perpetuity.

As drafted, the Environment Bill also requires councils to produce their own spatial nature recovery strategies and local habitat maps to identify existing protected and ecologically rich areas and land suitable for biodiversity enhancement. In addition, there are other proposals strengthening the protection of land designated as Areas of Outstanding Natural Beauty by giving the bodies responsible for them the status of statutory consultees in the planning process.

The establishment of a CC will have the effect of sterilising the land for future development and is indicative of the seriousness with which environmental protection is being taken. From a developer’s point of view, these obligations may be costly up front, but once they are delivered and handed over to the appropriate body for management, they are off their books, in the way that adopted highways or public open space are handed over to the relevant statutory body.

However, CC, at least, are not set in stone and the Environment Bill provides for their discharge or modification, which may, for example, apply if they fail to meet their BNG objectives. Assessing such failure is likely to be a tricky business. This might be a point that could be clarified in any future versions of the Environment Bill.

Whilst the CC approach will be able to secure the BNG requirement, it raises several questions. Can this approach also be used to secure SANGS where the SANGS land is privately owned?  And, perhaps importantly at a time when land is an increasingly scarce and valuable commodity, could all or part of a piece of land serve a dual purpose as SANGS and to secure BNG, or are these mutually exclusive uses in all or, perhaps, only some areas, depending on the nature of the biodiversity gained? Will land set aside for BNG acquire other forms of protection, for example, like Sites of Special Scientific Interest which will survive beyond the 30 or so years agreed in an individual CC?

These measures are to be welcomed, but could attract material premiums on the value of SANGS or BNG suitable land, and create a brisk trade in biodiversity credits. Much of the efficacy of these measures will rest on the assessment of baseline and net gain biodiversity, investment in the CC land (at the developer's cost), and in effective policing to ensure that these efforts are not undermined.

This longer-term and more holistic and interconnected thinking has the prospect of public confidence in the effectiveness of, and commitment to, environmental protection measures. It is likely to be a live matter for the electorate who are concerned with the erosion of Green Belt and other designated spaces by housing developments.  If these measures survive reintroduction, they offer hope to those interested in the protection of the environment and biodiversity. 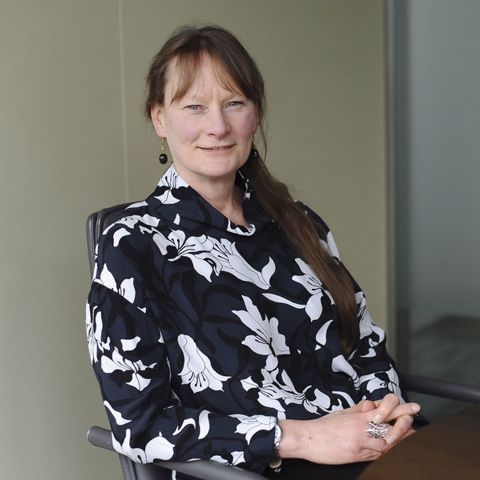