The rise in gilt yields following Kwasi Kwarteng's "mini-budget" announced on 23 September 2022 led to the Bank of England stepping in to stabilise the market - primarily to protect UK defined benefit (DB) pension schemes from the impact of the volatility which arose immediately afterwards. Here we outline what happened and some of the potential longer-term impact for schemes pursuing liability-driven investment (LDI) strategies.

In order to be able to pay benefits to members as they fall due, DB scheme trustees need to ensure that the scheme has sufficient and appropriate assets to cover these liabilities over the life of the scheme. The funding level of a DB scheme is a broad measure of the extent to which a scheme's assets will be able to meet its liabilities to members at a given point. However, funding levels are susceptible to fluctuations in the value of a scheme's liabilities as a result of adverse changes in interest and inflation rate expectations (and, while outside the scope of this note, the longevity of its members). LDI strategies have formed part of a trustee's toolkit in managing such risks.

It is important to note that each scheme is different and has its own rules, so there is no "one size fits all" approach to managing risk. LDI strategies will depend on factors such as the size and complexity of the scheme. Trustees are also required to take into account the employer’s legal obligation and financial ability to support its DB scheme now and in the future – the "employer covenant" – when setting the scheme's investment strategy.

What is LDI? How and why do schemes use it?

LDI strategies hedge the risks associated with funding level volatilities by investing in a way which seeks to match a scheme's assets to its liabilities to a significant extent. They can introduce leveraging and look to mitigate the risk of a deficit developing or worsening whilst allowing investment in "growth" assets such as listed equities and illiquid investments (often in private markets). LDI solutions exist for DB schemes of all types and sizes. Larger schemes can have their own segregated mandates, while smaller schemes may participate in a "pooled" fund with multiple pension scheme investors.

Within LDI strategies, gilts are typically used as matching assets because they can be fairly well matched to liabilities for maturity or index-linking. Although schemes can invest in physical gilts, most pension schemes need to strike a balance between investing in matching assets and the need to buy growth assets aimed at reducing any funding deficit. LDI funds therefore introduce leverage into a scheme's matching assets portfolio, enabling schemes to gain exposure to matching assets through the use of derivatives and similar transactions. For example, schemes can fund gilt purchases using repurchase agreements (repos), using gilts as collateral. Or they can gain exposure to gilts without the need for up-front capital, through total-return swaps. They may also have exposure to assets with non-matching payment profiles but convert these into matching assets through the use of interest rate, currency and inflation swaps.

This reliance on gilts means that LDI portfolios are highly exposed to movements in gilt yields. When gilt prices fall, schemes will generally have to increase the margin posted to their derivative and repo counterparties to reflect the resulting increase in its credit exposure to such counterparties.  Usually, the counterparties' credit support documentation requires any margin on derivatives contracts to be posted in the form of cash, although if the derivatives contracts are not cleared through a central counterparty, gilts may also be acceptable collateral.

From a scheme funding point of view, increasing gilt yields can be beneficial. Future scheme liabilities are given a present value at a discount rate which is benchmarked to the yield on gilts. This allows a scheme to calculate how much money is required today in order to satisfy its future payments. So, when gilt yields increase, as they have in recent months, the liabilities of a scheme fall and (all other things being equal) the funding position improves (although the value of any gilt assets will also fall). However, when gilt yields fall, the discount rate also reduces, and today's assets will need to experience higher growth in order to meet the same liabilities. Some schemes partially hedge against the risk of falling yields using interest rate swaps under which the scheme is the floating rate payer. When the reference rate falls, the value of the swap to the scheme increases, offsetting the increase in scheme liabilities as a result of the lower discount rate. Similarly, some schemes use swaps in order to offset inflation risk.

Gilt yields increased sharply following the mini-budget. For many schemes, this resulted in a combination of the value of their positions under derivatives and repo contracts moving against them, so schemes were required to post additional variation margin (collateral) in short order and at levels higher than anticipated. Any existing gilt collateral supporting derivatives contracts was also rapidly losing value, resulting in further collateral calls.

Schemes maintain collateral "buffers" to meet margin calls, although this needs to be balanced against minimising the "investment drag"; that is, the investment opportunity cost of keeping aside assets as collateral. These buffers are often largely comprised of gilts which are usually highly liquid and can be converted into cash, which is commonly required by counterparties as collateral. Collateral buffers are maintained at levels based on historical data. However, value-at-risk (VaR) models based on yield data over the last two decades would not have predicted the sudden and steep changes that were seen at the end of September. Gilts were falling in value just as schemes urgently needed to sell them in order to raise cash.

This selling pressure led to further downwards pressure on the price of gilts. As schemes were required to act quickly, those unable to post the required cash variation margin were required to unwind certain hedges in order to avoid defaults under their derivatives and repo contracts. This may have led to the crystallisation of losses in respect of transactions where a scheme was out-of-the money as well as the loss of some or all of the funding hedge.

Interventions by the Bank of England

The Bank of England (BoE) acknowledged that the speed and scale of the movement in gilt yields was unprecedented and, in many cases, far outpaced schemes' ability to access more capital. On 28 September 2022, the BoE intervened with an asset purchase scheme, buying long-dated gilts to stabilise pricing in an attempt to restore order to the market. This brought down gilt yields immediately and steeply, but also meant that the discount rate used to value scheme liabilities reduced, increasing scheme liabilities and potentially undoing some of the recent improvements in scheme funding levels. Auctions for the BoE gilt scheme took place each weekday until 14 October and, although it was only accessible to participants in the BoE existing open market facilities such as banks, this funding became available to pension schemes through their intermediaries.

On 10 October, the BoE announced further measures aimed at easing the liquidity pressure. It launched a Temporary Expanded Collateral Repo Facility (TECRF). Under the TECRF, the Bank accepts collateral eligible under the Sterling Monetary Framework (SMF), including index linked gilts, and a broader range of collateral than normally eligible under the SMF, such as corporate bond collateral. Again, while only open to existing participants in the BoE's open market repos such as banks and broker-dealers, pension schemes can benefit through their intermediaries. The TECRF remains open until 10 November 2022.

On 12 October 2022, the Pensions Regulator (tPR) issued a statement aimed at pension scheme trustees and advisors stating that the risk of gilt yields rising was well understood by scheme trustees, advisers and LDI managers, and that these risks are generally managed by keeping aside sufficient liquid assets to be sold to raise cash to meet collateral calls. However, the unprecedented nature of the rapid movement in gilt yields meant that some schemes were at risk of losing hedge protection if they failed to meet collateral calls. In many cases VaR models that showed collateral buffers to be sufficient proved incorrect.

The tPR statement also sets out its expectations of trustees, which include engagement with investment advisers and the review of operational processes and the scheme's position as regards liquidity, liability hedging, funding and risk.

The Financial Conduct Authority (FCA) is responsible for the supervision of LDI managers of pooled LDI funds. The House of Lords Industry and Regulators Committee and Economic Affairs Committee wrote to the FCA on 17 October, seeking to understand the FCA's role in monitoring of LDI activity. Similarly to the position taken by tPR, the FCA's response said that LDI Managers were "alive to" the developing risks of market volatility and that the FCA had "probed large managers on the speed with which they could call money from underlying pensions funds in the event of stress" with the result that, by the end of the summer, buffers were in place to deal with sharp moves in the value of UK gilts, but the issue was the unprecedented speed and scale with which this happened.

The Bank of England

The BoE wrote to the Treasury Committee on 5 October 2022, pointing out that (along with tPR and the FCA), it will be monitoring LDI funds' action to ensure they are better prepared for future stresses given the current volatility in the market and to build in appropriate levels of resilience. On 12 October, the BoE's Financial Policy Committee reiterated this, stating that although the BoE does not regulate pension schemes, it will be working domestically with tPR and the FCA to ensure strengthened standards are put in place. At an international level, the BoE also noted the Financial Stability Board's work on systemic risk in the non-bank financial system and stated that it is "crucial that this work results in effective policy outcomes to improve the resilience of non-bank financial institutions globally to sharp reductions in asset prices and liquidity."

On 7 November, the BoE published a speech by Sarah Breeden, Executive Director for Financial Stability Strategy and Risk, in which she outlines the BoE's views on the risks posed by non-bank leverage in the financial system, with specific focus on the effect of the sale of gilts by pension schemes following the mini-budget.

On 24 October 2022, the parliamentary Work and Pensions Committee (WPC) opened an inquiry into DB pension schemes with LDIs and published a call for evidence. As well as seeking evidence on the impact of the rise in gilt yields on DB schemes and pension savers more broadly, the WPC has specifically asked for evidence on the following issues:

The call for evidence remains open until 15 November 2022.

What are DB schemes doing to address these risks?

With the mini-budget and subsequent market dislocation only weeks behind us, it is still too early to say what the long-term impacts are for DB schemes and the LDI market. With Prime Minister Rishi Sunak and Chancellor Jeremy Hunt now in place markets have stabilised, providing some reprieve for market participants. However, we will need to observe closely the outcome of the WPC hearing and tPR's and other regulators' analysis to understand fully whether significant changes lie ahead. For the moment, DB schemes are looking at the following:

Use of Bank of England repo facilities

At Travers Smith we have a market-leading, cross-disciplinary Pensions Sector practice which advises pension trustees and their sponsors on all aspects of pensions investment, covenant, de-risking and end-game planning. If you would like to discuss any of the issues raised above, please do get in touch with any member of the Travers Smith Pensions Sector Group. 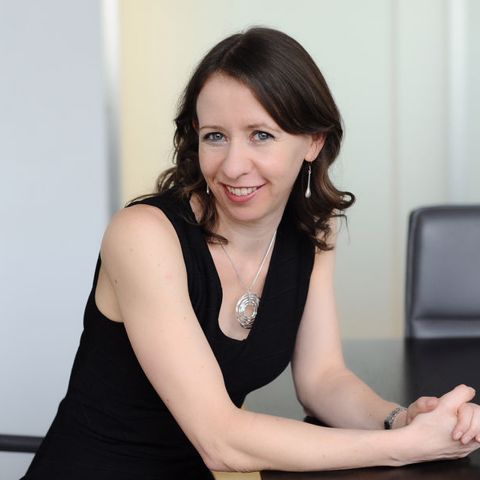 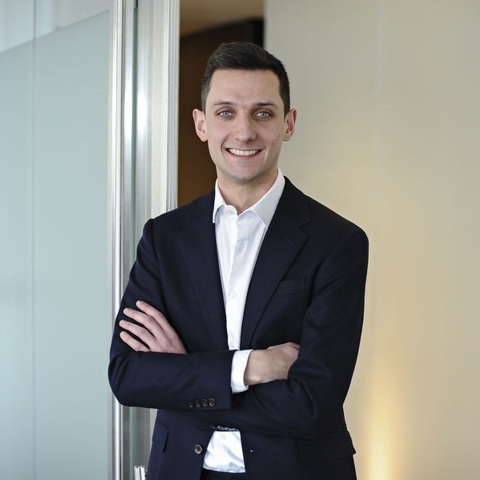 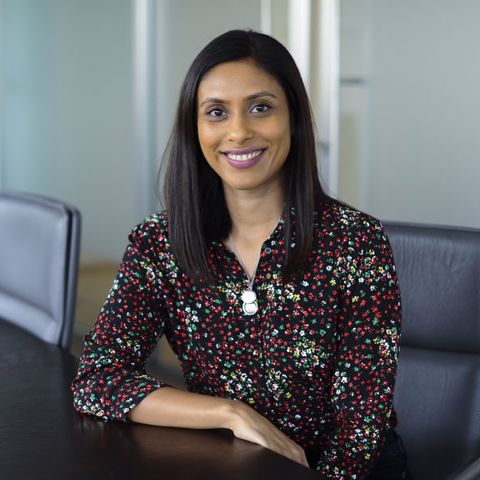 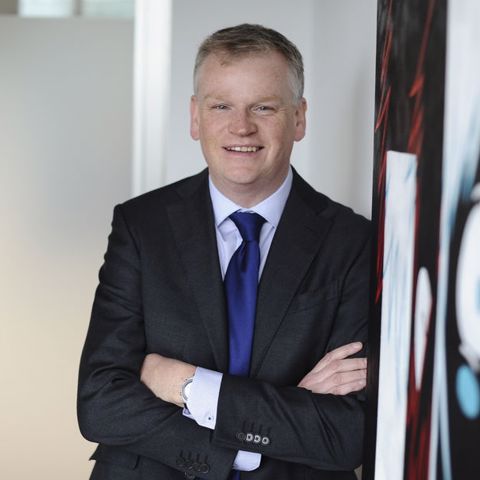