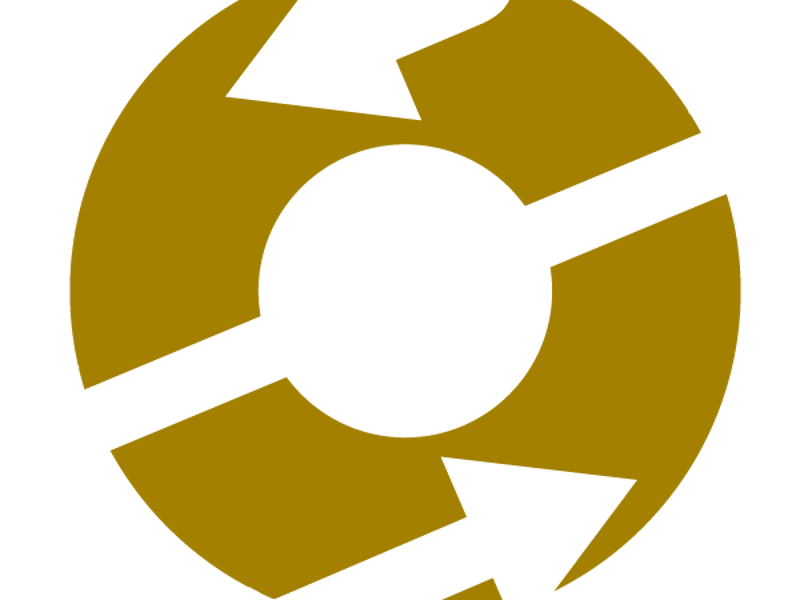 In the years leading up to Brexit, both the UK and the European Union had been busy developing sustainability policy and legislation. Now the UK has left the EU, it remains committed to being at the forefront of the sustainable finance agenda.

When the UK retained EU laws as part of its domestic rulebook at the end of the Brexit transition period, two sustainable finance rulesets were omitted.

The EU’s Sustainable Finance Disclosure Regulation (SFDR) and  Taxonomy Regulation were not fully operational at the time of the UK’s departure and so were not included in the transitioned rules.

However, the decision not to adopt these measures was certainly not indicative of the UK’s future appetite. Instead, the UK has continued to set ambitious policy targets across all areas of sustainable finance.

“Some of the campaigning around Brexit gave a perception that the UK had been bound by environmental rules it didn’t like. But in some areas, such as climate change, it was the UK that had been leading,”

In the weeks leading up to the end of the transition period, Prime Minister Boris Johnson was keen to emphasise that the country remained committed to leading on environmental policy.

In December 2020, he outlined plans to cut greenhouse gas emissions by 68 per cent from 1990 levels, aiming to achieve this by the end of 2029. The commitment is part of the UK’s broader efforts to reach its target of net-zero emissions by 2050.

The strong message we are hearing from our clients is these issues go to the heart of the business model, and strategy should be the starting point

Simon Witney, senior consultant at Travers Smith, explains that such targets show the appetite of the government to maintain its reputation as a leader on environmental matters, adding the UK has pledged to at least match the ambition of the EU’s sustainable finance action plan.

“It is closely aligned with the EU in terms of outcomes,” he says. “It seems likely the UK will implement its own version of the SFDR at some point.”

Witney adds that, while the SFDR became effective on March 10, 2021, a UK version of the regulation will take longer, with any domestic implementation likely to be more principles based.

“I would hope the UK version of these regulations will at least be consistent with the EU rules. What our clients don’t want is two different rulebooks with different requirements,” he says.

With the EU’s Taxonomy Regulation, the UK has already agreed to retain the framework of the taxonomy, including the environmental objectives. Despite this, some modifications are being planned amid concerns that some elements are not suited to the UK market. 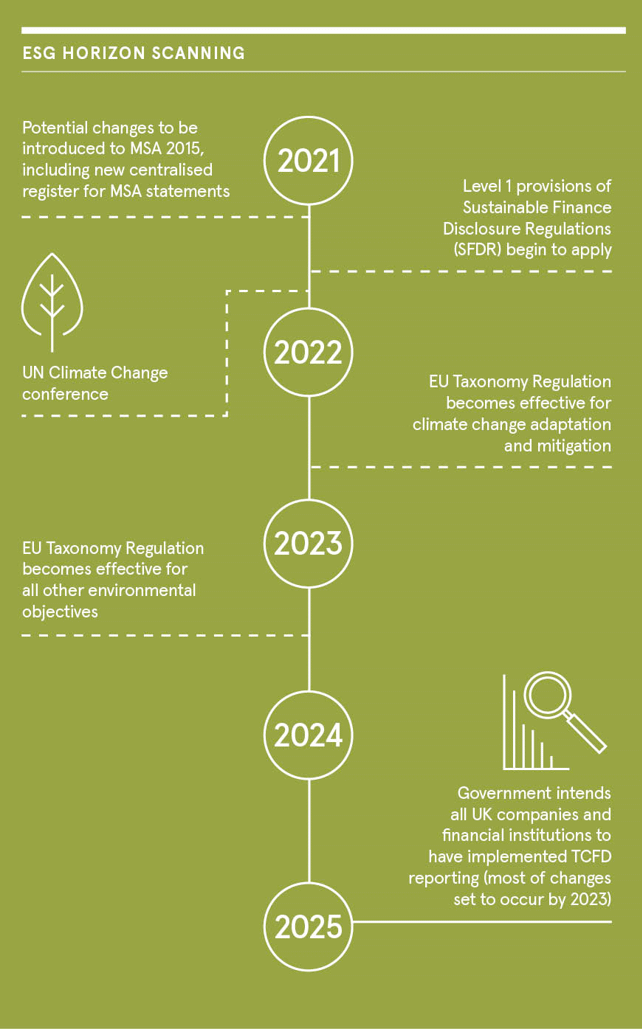 The UK’s reputation as a leader in environmental policy is well established. It was the first major developed economy to legislate towards achieving net-zero emissions by 2050. It has also committed to ensuring companies report on climate risks using guidelines from the Task Force on Climate-Related Financial Disclosures (TCFD), by 2025.

“The UK is making good progress in relation to climate change-related disclosures,” says Witney. “It will be the first country in the world to make TCFD mandatory across much of the economy.”

With the UK hosting the 26th United Nations Climate Change Conference in Glasgow in November 2021, climate is likely to dominate the media agenda in the run up and beyond. But businesses and investors will need to navigate a much broader set of regulatory and policy changes across the sustainable finance landscape.

“The sustainable finance agenda is incredibly wide-ranging, spanning environmental and social issues to business ethics, bribery and corruption,” says Bryden. “Over the coming years, I hope to see a convergence of many of the voluntary and mandatory reporting standards. This will be good for the market and promote a more consistent disclosure of, and ability to assess, a business’ sustainability risks, performance and credentials.”

He explains that the proliferation of standards in recent years has been a headache for organisations to digest, sometimes leading to different teams complying with different rules, albeit with the same objective.

“What you don’t want is for everybody to need expensive advice, and for the only people who benefit from these competing standards and frameworks to be the ESG (environmental, social and governance) professionals.”

In the coming three years, organisations will be expected to traverse a congested timetable of changes to regulations, requirements and implementation dates.

Asset managers doing business in the EU, for example, have had to be aware of the SFDR since March 10, 2021; this is being followed by the EU Taxonomy Regulation, which comes into effect on January 1, 2022 for climate change and a year later for all other environmental objectives.

Larger UK companies will need to take steps to implement TCFD reporting by 2023, in accordance with UK government proposals outlined in November 2020, with all companies expected to be compliant by 2025.

At the same time, the government has also introduced measures to force companies to have greater visibility of their supply chains. In an update to the existing Modern Slavery Act 2015, the government is looking to introduce a new reporting service in 2021, where companies are being urged to publish their modern slavery policies.

There are other updates too. These include the next steps for TCFD reporting for pension funds and on ethnicity pay-gap reporting, following consultations..

Rachel Woodburn, head of knowledge and learning at Travers Smith, says organisations shouldn’t look at compliance with the regulations as a tick-box exercise.

“We often look at things through a regulatory lens because we are lawyers, but the strong message we are hearing from our clients is these issues go to the heart of the business model, and strategy should be the starting point,” she says.

It is easy to get caught up in mandatory regulatory regimes, but the most successful businesses will take a step back and define a clear strategy for meeting the expectations of investors and the wider community as well as regulators, and only then make sure they are aligned with regulation.

Register your interest in our sustainability-focused briefings and webinars

IP, sustainability and the perils of "greenwashing"

Regulating AI – which approach will prevail?