The UK's National Security and Investment Bill: what you need to know

The UK Government has recently published draft legislation designed to strengthen its powers to scrutinise transactions on grounds of national security. This briefing summarises the key points to be aware of in relation to the National Security and Investment Bill ("the NSI Bill").

Background to the NSI Bill

The Government has been looking at strengthening its powers to scrutinise transactions on grounds of national security for some time.  Subject to one major exception (discussed below), the NSI Bill is broadly consistent with the approach outlined by the Government in earlier consultations, as outlined in more detail here.

As compared with the current regime, these earlier proposals envisaged a significant widening of the sectors subject to national security scrutiny beyond defence and certain advanced technology businesses to encompass critical infrastructure and a broader range of advanced technology (e.g. nano-technology and discovery and development of new materials).   Merging parties would have been encouraged – but not compelled – to notify the government of transactions which might raise national security concerns.  The Government envisaged being able to respond within 15-30 working days, with a further 30-75 working days if the transaction were to be "called in" for more detailed scrutiny (which would only be the case if there were substantive national security concerns).

Key provisions in the NSI Bill

The NSI Bill is broadly consistent with the earlier proposals, but a key change in approach is the decision to make a subset of the sectors potentially covered by the new regime subject to mandatory notification (see textbox below for full list). Failure to notify will render the transaction void and civil and criminal penalties may be imposed.

This will mean that transactions which may fall within the mandatory regime will have to be structured so that completion cannot take place until clearance has been obtained. Parties to transactions falling outside the mandatory regime will need to weigh up the risks of not notifying i.e. that the transaction could be "called in" for more detailed scrutiny (and ultimately, if found to raise national security concerns, ordered to be unwound).

Working out which transactions will be caught

There will not be any financial thresholds and the concept of a "Trigger Event" is widely defined;  even acquisitions of bare assets (e.g. a transfer of IP) could be caught (although not by the mandatory regime, which as currently drafted applies only to acquisitions of businesses).  A further limitation on the mandatory regime is that share acquisitions of less than 15% will be out of scope.  Given the wide range of transactions which could be caught, the focus for jurisdictional purposes will be primarily on the underlying business or asset in which the interest is being acquired (and whether it falls within the list of activities the Government is concerned about – see above), rather than the nature or extent of that interest.

UK INVESTORS ARE NOT EXEMPT

At the stage of establishing jurisdiction, the regime is effectively blind to the nationality of the investor i.e. unlike FDI regimes in some other countries, there is no concept of a foreign investor – the focus is on activities relevant to national security.  In one sense, this is unhelpful because it means acquisitions by say, UK investors are just as likely to be caught as acquisitions by say, Russian or Chinese investors.  However, when it comes to considering whether the transaction should be called in for detailed scrutiny and if so, what if any remedies should be imposed, the nationality of the investor is likely to assume far greater importance (and the level of concern will be higher where the investor is based in a state considered to be hostile to the UK).

The Government is anticipating 1,000-1,830 notifications to be made each year (this is a very significant increase on its previous estimate of 200). It is expecting to call in a further 75-90 non-notified deals per year.  Of this total, the Government expects only around 10 deals per year to require remedies (this is significantly lower than its previous estimate of 50 deals per year). The expected timings for processing notifications remain the same as under the earlier proposals (see above).

WHO WILL DEAL WITH NOTIFICATIONS?

Notifications will be dealt with by a special unit within the Department for Business, Energy and Industrial Strategy (BEIS), as opposed to the UK's independent merger regulator, the Competition and Markets Authority.  About 100 staff will be allocated to this unit, which raises concerns about whether they will in fact be able to process cases efficiently, given the high number of notifications.  On the positive side, however, it implies that the Government believes that the vast majority of cases will not require detailed scrutiny.

Points to note for current or upcoming transactions

It is worth bearing in mind the following points, particularly as regards current or upcoming transactions: 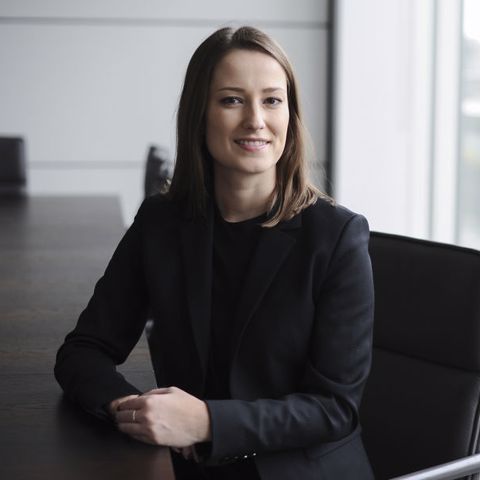 Brexit and immigration: what do you need to do to prepare?