Tell us more about your jobs. What's it like being LGBT+ at your firm?

M: I was promoted to Partner last year. My specialism is financial services. It can be complicated, but I really get a buzz breaking down that complexity and helping my clients develop practical solutions. Outside of my legal work, I'm passionate about improving diversity and widening access to the legal profession, whether that's from a LGBT+, BAME or social mobility perspective.

A: I was also made a Partner last year. I lead teams of very talented lawyers helping businesses and funds solve their pensions problems. Pensions law can be complicated but it's also fascinating. I help out with pro bono legal advice to LGBT+ organisations and a legal advice clinic, too.

M: We are both "out" at work and, along with support from our internal LGBT+ staff network, help lead a range of LGBT+ initiatives, such as our Rainbow Laces campaign (to encourage our allies to "lace up for equality") and running awareness raising sessions for staff and clients.

A: As leaders at the firm, I think it's our responsibility to be authentic and open about all aspects of our identities. Hopefully this helps show to others that we are an inclusive business which genuinely embraces "difference". Role models can be really important in helping people feel comfortable in being out and authentic at work.

M: I've never considered myself a "role model", and I don't really feel comfortable with that label. I have worked with some fantastic leaders and allies who have helped me realise that I'm probably a role model whether I like it or not!

A: I agree that the term can feel a bit awkward, but I also think that as role models we can use our influence to help develop a more inclusive workplace more generally. At Travers Smith, we've made huge strides over the past few years. From ranking as one of the lowest scoring law firms in Stonewall's list of Top Employers in 2014, we've since risen to 12th place in the 2020 list. Role models and inclusive leaders have played a huge part in helping make that change.

What is LGBT history month and what will you be doing to mark it?

M: It's a month to celebrate LGBT+ communities and our lives, to acknowledge what's been achieved and what more there is still to do. Like many workplaces, at Travers Smith we're running various events. Last year we endowed an LGBTQ doctoral bursary and we're lucky to have its first holder to come and talk about her research on disclosure of being LGBTQ+ in the workplace. We're also holding an event in partnership with myGwork for LGBT+ graduates to learn more about careers in law.

A: For me, LGBT History Month is about recognising the past and claiming our place in society for the future. It's a great time to learn about the achievements of brave people who pushed the boundaries of LGBT+ acceptance. Research indicates that nearly 60% of LGBT graduates go back into the closet when entering the jobs market, so it is crucial that we are visible in celebrating the achievements of the LGBT+ pioneers and role models.

Why does LGBT History Month matter?

M: In the UK LGBT+ rights have made a lot of progress in a short time. There are laws on same-sex marriage, civil partnership, and discrimination. But we need to do more. For example, surrogacy and gender identity laws remain problematic. We've recently rolled out an LGBT+ inclusive surrogacy leave policy, and also developed a suite of trans related policies, including ones relating to people wishing to transition at work. Despite this progress, there is more work to be done in terms of attitudes in wider society. For example, the government's own evidence paints a worrying picture: transphobic hate crimes are up 37% in a year, homophobic and biphobic hate crimes up 25%.

A: For me, it's a reminder that hard-won rights can easily be lost again. Look at the campaigns to roll back inclusive education in this country or the challenges to same-sex marriage in Bermuda in 2018. History is littered with examples of discriminatory politics taking hold and leading directly to the persecution of LGBT+ people and other minorities. History month is a time to reflect that we must not, by action or inaction, create the conditions to enable this again.

M: That point about inaction is important. I think Andy and I would both acknowledge that we're speaking from positions of privilege. History shows that many of the LGBT+ figures who actively changed the world were not. Marsha P Johnson, Joe Orton, Bayard Rustin … I could go on. This motivates me to be more of an activist where I can.

Could we do more do educate people about LGBT+ history?

A: Absolutely. I feel quite strongly about this. Our shared histories are part of who we are as LGBT+ people. They can help us make sense of our personal identities, give us strength in our struggles today by appreciating the barriers and trauma overcome by others in the past, and make us understand that we need never feel alone.

M: I'd add that educating non-LGBT+ people about our history is equally important if we're going combat prejudice in wider society.

A: We both grew up in the education system while section 28 (a discriminatory law banning the "promotion" of homosexuality in schools) was in full force. Thankfully it's now gone, but I think it's hard to understate the damage it caused to a whole generation of LGBT+ people.

M: We have to keep talking about things like that – across generations and identities - so that we don’t lose sight of our collective past. I think social media and podcasts like can be really valuable here.

A: LGBT+ people have always been there, but have often been erased or marginalised conventional narratives. Thanks to writers like Dustin Lance Black (When We Rise) and Matthew Lopez (The Inheritance) we're starting to see some progress, and there is some great literature out there, but I think there is so much more to be said.

What more could organisations and individuals do to further advance LGBT+ inclusion?

M: I'd say that people need to be more confident in calling out every day unacceptable behaviour where it's safe to do so. This doesn't mean going out looking for drama or having a self-induced meltdown about an offensive tweet you saw. It's about standing up assertively for people who maybe don't have as powerful a voice as you. LGBT+ people are entitled to be safe, secure and respected.

A: Business also has a really important role to play in help promote LGBT+ inclusion. Not only through their own influence, but also by working in partnership with LGBT+ charities and activists. Daniel Gerring, the head of our pensions group and also the first openly gay partner at the firm, has really led the way on this front. Amongst many other things, he helped set up a great mentoring scheme in partnership with Just Like Us to help support LGBT+ graduates as they enter the workplace for the first time. We've also been doing some interesting work with the charity GiveOut to support activists and their organisations working around the world to improve the lives of LGBTQI people.

M: It is important that organisations don't just focus on LGBT+ inclusion for this one month. Our initiatives are, I think, genuinely unique as they are embedded in our culture and ways of working throughout the year. They also take an intersectional approach to inclusion. For example, we've run some fantastic projects over the past few years focussing on the interplay between race, faith, gender and sexual orientation.

A: What I think is also unique is that they emphasise the responsibility of the majority – and not minority or under-represented groups – in creating an inclusive workplace. We also work really hard to make sure we take into account the distinct and diverse experiences of people from within the LGBT+ community to help ensure we are being as inclusive as possible.

This article was first published online by Attitude magazine. 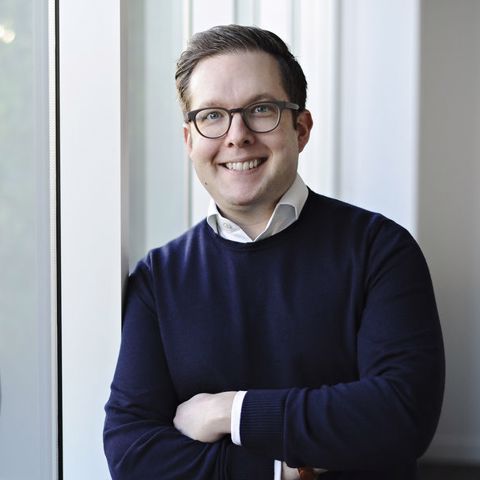