AIFMD II: The Council of the European Union provides its view

The Council of the European Union has issued its general approach (General Approach) on the European Commission's proposals to amend the existing Alternative Investment Fund Managers Directive (AIFMD II).

The General Approach takes the form of a revised version of the draft directive issued by the European Commission in November 2021 which proposed a number of changes to the Alternative Investment Fund Managers Directive (AIFMD), largely in respect of delegation, loan origination, liquidity risk management, data reporting and depositaries.  For more information on the European Commission's original proposals on AIFMD II, please see our November 2021 briefing.

This follows the report from the European Parliament on AIFMD II proposals (ECON Report) which we discussed in our May 2022 briefing.  Although many of the proposed amendments in the General Approach are similar to those set out by the European Parliament in the ECON Report, there are still some areas of divergence.  Therefore there is still scope for negotiation and further amendments as part of the trilogue process and an opportunity for industry associations and other industry participants to engage further in developing the final text.  In particular, given the developments in respect of European Long-Term Asset Funds, it is possible that there will be a push to include some ESG and sustainability requirements.  There is some speculation that this could be in the form of a "green AIF" (which would be a further development in the ever evolving EU financial sustainability landscape) or other innovations in the context of existing AIFMD requirements.   Whether this occurs remains to be seen and firms and industry associations will need to monitor the passage of AIFMD II through the EU institutions.

It seems likely that there will be some momentum from the current Czech presidency to proceed as quickly as possible but the process may not be completed by the end of the current presidency.  The deadline for comments from MEPs is 27 June 2022 and the European Parliament is likely to want to sign off on its proposals by the end of October which leaves little time for the trilogue process which may therefore slip into 2023.  This would point towards AIFMD II coming into force in 2025.

Some of the main changes proposed in the General Approach are discussed below.  Some of these changes are also applicable to the proposals in respect of the UCITS Directive.

Consistent with the ECON Report, the General Approach takes the position that delegation should be subject to additional reporting (with Annex IV reporting obligations extended accordingly) but not otherwise subject to substantive restrictions.  The General Approach is prescriptive on the information that would need to be provided.  This information includes the percentage of assets subject to delegation, but the draft helpfully clarifies that this should not in itself be regarded as an evidential indicator for determining the adequacy of substance or risk management, or the effectiveness of oversight or control arrangements, at the level of the AIFM.

The General Approach broadly reflects the proposals in the ECON Report that marketing carried on by distributors who are acting on their own behalf and not on behalf of the AIFM would not be considered a delegation and therefore would not be subject to the AIFMD II delegation requirements.  However, this goes further than the ECON Report and suggests that this would be the case irrespective of any distribution agreement between the AIFM and the relevant distributor(s).

The original AIFMD II text proposed extending the scope of permitted activities for AIFMs to include benchmark administration and credit-servicing as additional "top-up permissions".

The General Approach suggests that Member States be given the ability to prohibit AIFs from servicing credits to consumers within their territory.  AIFMs would also be unable to administer benchmarks which are used in their managed AIFs.

Further, the General Approach clarifies that AIFMs be permitted to carry out any other "ancillary service" for third parties which represents a continuation of the services already undertaken by the AIFM in respect of the AIFs they manage and which does not create unmanageable conflicts of interest.  This largely reflects the equivalent proposals in the ECON Report.

This is potentially relevant for a wider range of funds, not just those undertaking, for example, direct lending strategies.

The General Approach includes a new, specific definition of "loan origination": "granting loan by an AIF as the original lender" largely reflecting the proposed definition in the ECON Report.   It appears, supported by intelligence from industry associations, that a fund which originates a single (e.g.  opportunistic) loan could therefore be caught, even if loan origination is not its predominant investment focus.

As a general principle and largely reflecting the position in the ECON Report, the General Approach suggests prohibiting AIFMs from managing "originate-to-distribute" AIFs i.e. AIFs whose investment strategy is to originate loans or gain exposure to loans through special purpose vehicles (SPVs) with the sole purpose of transferring those loans or exposures to third parties.  The General Approach also extends the scope of persons to whom an AIF would not be permitted to grant loans including certain entities within the same group as the AIF.  Member States would also have the ability to prohibit certain loans to consumers.

The original requirement for an AIF to be closed-ended if it originates loans exceeding 60% of its net asset value is replaced with a general requirement for the AIF to be closed-ended unless its liquidity risk management system is compatible with its investment strategy and redemption policy – further details on this are to be developed in regulatory technical standards.  This is not quite in the same terms as the proposal in the ECON Report, but seems to be seeking to achieve a similar result.

The draft rules on concentration/exposure limits have been largely retained with a restriction on lending to a single borrower which is a financial undertaking, an AIF or a UCITS where the loan is in excess of 20% of the AIF’s capital – which now includes both loans originated by the managed AIF and by certain SPVs on behalf of the AIF.  A new definition of capital is also proposed: "aggregate capital contributions and uncalled committed capital, calculated on the basis of amounts investible after deduction of all fees, charges and expenses that are directly or indirectly borne by investors". This potentially broader definition echoes similar amendments made in the ECON Report and could have the effect of potentially increasing the amount that an AIF would be permitted to lend.

A new limitation on leverage is also proposed with leverage of a loan-originating AIF limited to no more than 150% of the net asset value of the AIF.  This is measured on the commitment method, which may provide some comfort given that this methodology factors in certain netting and hedging positions in relation to derivatives.  This limit would include loans originated by the managed AIF and by certain SPVs on behalf of the AIF.

As regards risk retention, unlike the ECON Report, the minimum retention requirement of 5% for loans originated by or on behalf of the AIF and sold on the secondary market is retained.  However, this would only apply for a period of two years (or until maturity if shorter).  There would also be some exemptions to reflect specific situations such as EU sanctions or breach of investment restrictions outside the control of the AIFM.

There is an acknowledgement in the General Approach that private equity or real estate funds making shareholder loans should not be subject to the full regime for loan origination funds and provides for certain derogations.  However, it is proposed that some of these derogations will be in the discretion of Member States and not fully harmonised.

Finally, the General Approach proposes 5-year transitional arrangements for AIFMs managing loan-originating AIFs which were constituted before the adoption of AIFMD II.  There is also deemed compliance for pre-existing loan-originating AIFs which do not raise additional capital.  This will be particularly welcome for funds with long-term investment strategies which will need time to adapt to any new requirements.

Finally, the ability for competent authorities to require AIFMs to use certain liquidity management tools in certain circumstances has also been removed.

As regards Article 23 investor pre-contractual disclosures, the frequency of some new proposed reporting requirements is reduced from quarterly to annually.

As noted above, Article 24 reporting also includes additional, detailed information on delegation in order to provide supervisors with an overview of EU delegation activities.  However, in general, the amendments suggested in the General Approach do not appear to include some of the less welcome proposals in the ECON Report such as the suggestion to require reporting on "other relevant economic and accounting information".

As regards depositaries, the General Approach does not seek to create a depositary passport, but instead sets out a limited framework for the provision of depositary services on a cross-border basis for concentrated markets with few providers.

If you would like further information or assistance in understanding the General Approach or the AIFMD II proposals more generally, please speak to your usual Travers Smith contact or any of the individuals below. 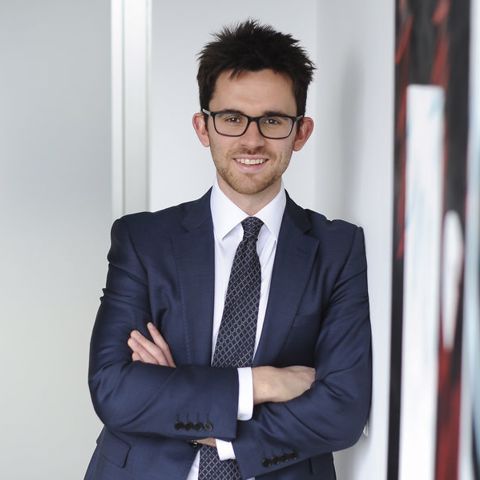