Brexit: in the courts again

Courts in the UK and elsewhere continue to hear a wide range of cases relating to Brexit. Although many of these challenges have been unsuccessful, some of these cases have usefully clarified points of law which may prove important, such as the well-publicised Wightman case, which established that Article 50 can be unilaterally revoked by the UK.

From a commercial perspective, the most significant case so far has been the decision in EMA v Canary Wharf, which decided that Brexit was not a good enough reason for a tenant to terminate its lease obligations. For more on this, see our briefing here.

The following is a roundup of the other Brexit-related cases over the past 12 months. The first group of cases appear to be more politically motivated than others, and their relative lack of success indicates the courts' general reluctance to be drawn into issues which are considered to be essentially political.

As widely reported, businessman Marcus Ball crowdfunded a private prosecution against Boris Johnson for misconduct in public office, over the infamous claim that the cost of EU membership for the UK was £350m per week. In particular, Ball alleged that Johnson lied to and misled the British public whilst holding public office (both as Mayor of London and a Member of Parliament).

Following a hearing at Westminster Magistrates Court on 23 May 2019, it was decided that there was enough of a prima facie case for the prosecution to proceed, so Johnson was summoned to attend a preliminary hearing on 7 June. However, he successfully challenged the summons to appear by way of judicial review.

We await the reasons for the ruling, and Mr Ball may appeal.

Was extending Article 50 unlawful? A legal challenge by the English Democrats

There has been a legal challenge to the first extension of Article 50 by the crowd-funded 'English Democrats', which filed a claim for judicial review on 17 April 2019. This claims that the first Article 50 extension was unlawful and that the UK in fact left the EU automatically at 11pm on 29 March 2019. The Administrative Court will consider whether the claim should be allowed to proceed; the timing of this decision is currently uncertain.

The EU did not act unlawfully in starting Brexit talks: the Shindler challenge

Expat Harry Shindler and 12 others took a complaint to the CJEU in July 2017, in which they challenged the decision by EU27 governments to open Brexit talks with the UK. The basis of their case was that they and other UK citizens living in other EU Member States for more than 15 years have been disenfranchised in the UK's referendum, which in turn made it unlawful for the EU to initiate negotiations with the UK on its exit.

On 26 November 2018, the EU's General Court dismissed the action as “inadmissible since the decision of the Council authorising the opening of negotiations on Brexit does not produce binding legal effects capable of affecting the interests of the applicants by bringing about a distinct change in their legal position”. Schindler's appeal was also dismissed.

Triggering Article 50 was not unlawful: Wilson and Others

Susan Wilson led a crowdfunded challenge in the High Court by the ‘UK in EU Challenge’ group, representing British nationals living in France, Italy and Spain. The claim was filed in August 2018, seeking to build on the findings of the Electoral Commission against Vote Leave and BeLeave, including that:

Wilson's arguments were that the referendum result is invalid given the illegal practice of the Leave campaign, and as a result, that the decision to trigger Article 50 was also unlawful.

However, the Court of Appeal held on 4 March 2019 that her case was unarguable. Importantly, the referendum was advisory only (not binding) and was not subject to the same right of challenge based on alleged corrupt or illegal politics as, for example, the election of MPs to Parliament. In addition, Parliament had asserted its control over the withdrawal process (and approved the triggering of Article 50).

This case started well before the EU referendum, but may have significant implications for Brexit. Achmea (a Dutch financial services company) took a claim to arbitration under the Slovakia-Netherlands bilateral investment treaty (BIT) inherited from the former Czechoslovakia, and was awarded compensation in 2012.

After a number of appeals and referrals, the CJEU found on 6 March 2018 that the award of damages to Achmea violated EU law. The CJEU said that all courts and tribunals applying EU law must be able to request a ruling on points of EU law. However, the investment arbitration tribunals under the BIT could not be viewed as courts or tribunals of an EU Member State, so a request could not be received from such bodies.

Some commentators suggest that this decision could benefit the UK, as businesses looking to invest in Europe could seek to structure their investments through UK vehicles so they can rely on a BIT to which the UK is a party (which, after Brexit, will not be an intra-EU BIT, so that the dispute resolution provisions may be less open to challenge under EU law). On the other hand, the decision highlights the limits which the CJEU imposes on dispute resolution mechanisms in trade/investment agreements generally, based on its concern to preserve the autonomy of the EU's legal order. This concern is likely to limit the options available for dispute resolution mechanisms in any future UK-EU trade/investment agreement.

Brexit does not mean Brexit until we leave

There have been two recent decisions which essentially underline that, for most purposes, the decision to leave the EU makes no difference to our legal position until we actually leave. 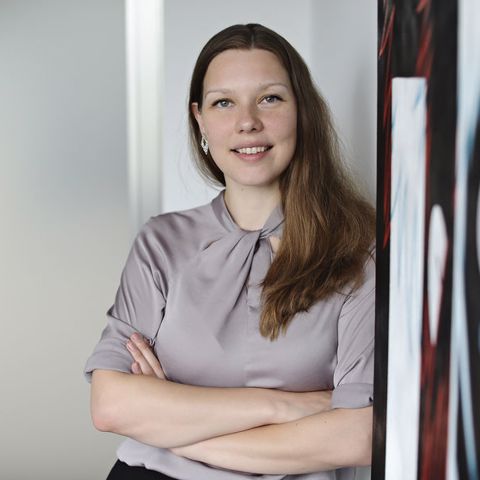