Recent weeks have seen court rulings in a number of Brexit-related cases, several of which were crowd-funded by the Good Law Project, a pro-bono organisation which aims to hold the government to account through legal challenges.

So far, most have not achieved their objectives. In this article, we summarise the outcome of three different claims and look at why – despite an early success in the Miller case on Article 50 – it has proved difficult to use the courts to challenge or clarify key aspects of Brexit.

1. Can the UK's Article 50 notice to leave the EU be revoked?

A cross-party group of Scottish politicians, supported by the Good Law Project, sought a definitive ruling on whether it is legally possible to revoke the withdrawal process begun by triggering Article 50 without the consent of the other EU member states. They hoped that the court would refer the matter to the Court of Justice of the European Union ("CJEU") for an opinion. This question is significant for campaigners who argue that Parliament should have a vote on the final Brexit deal, and that such a vote should include the option to reject the deal entirely and remain in the EU.

At first instance, Lord Doherty had dismissed the claim on the grounds that it had no real prospect of success. However, following an appeal to the Inner House of the Court of Session, the matter was allowed to proceed to a full hearing. The Outer House of the Court of Session issued its judgment on 8 June. Lord Boyd of Duncansby agreed with the government that, because it has no intention of withdrawing its Article 50 notification at present, the applicants' claim was not a live practical question; rather, it was hypothetical and academic and did not need to be adjudicated by him or the CJEU.

The Good Law Project has confirmed that it is likely to appeal this judgment, although only if there is an order limiting its liability to the government on costs. An attempt was made to secure a reference to the CJEU on the same issue through the Irish courts in 2017, but these proceedings were ultimately withdrawn in the face of difficulties over timing and costs, due in part to opposition from the Irish government.

2. The decision to leave: was it unconstitutional?

In another crowd-funded case, Elizabeth Webster made an application for judicial review on the basis that the government did not follow the correct procedure under Article 50 and that, as a result, the UK had not made a valid 'decision to withdraw' from the EU.

On 12 June, her application was rejected by the High Court for being both out of time and unarguable. Gross LJ concluded that 'put bluntly, the debate which [Elizabeth Webster] seeks to promote belongs firmly in the political arena, not the courts.'

3. Does Brexit result in loss of EU citizenship for UK nationals?

The Good Law Project was also involved in crowd-funding a case brought by a group of UK nationals living in Amsterdam relating to the establishment of citizenship of the EU under Article 20 TFEU. They argued that because Article 20 states that EU citizenship is different to member state citizenship, it follows that a member state leaving the EU would not automatically result in a loss of citizenship.

The district court in Amsterdam had ruled that the interpretation of Article 20 on this point was unclear, and referred it to the CJEU for an opinion – which was a significant victory for the claimants. However, on 19 June, the Dutch Court of Appeal overturned this decision, stating that although it agreed with the lower court's view that the interpretation of Article 20 was unclear and that there should be a referral to the CJEU, it was necessary to wait until the Brexit negotiations have concluded before making the referral.

Is there any point in going to court over Brexit?

The outcomes in these cases suggest that legal challenges relating to Brexit face significant hurdles. In particular, courts in both the UK and elsewhere appear reluctant to rule on questions which they regard as either hypothetical (given the current inconclusive state of the Brexit negotiations) or primarily political in nature.

However, despite these difficulties, there have also been some notable successes – which suggest that the overall picture is more mixed. The most obvious example is the Miller case on Article 50, but the Good Law Project's attempts to force the government to disclose its Treasury papers on the economic impact of Brexit can also be viewed as having produced a positive outcome for the claimants. Although on the face of it, the decision to release that material was taken in response to requests from MPs, the government would also have been mindful of the fact that legal action was in the offing should it continue to refuse disclosure – and the legal action itself helped to bring the issue to the attention of MPs.

Legal action funded by the Good Law Project has also resulted in the Electoral Commission investigating Vote Leave's alleged non-compliance with electoral expenses rules. If it finds the Vote Leave broke the rules, this could have significant political consequences in the UK.

The government has also managed to side-step a number of challenges by arguing that it has yet to take a final decision on the issue in question – but as Brexit deadlines loom, this strategy has a limited shelf-life. By way of example, in 2017 campaigners Peter Wilding and Adrian Yalland brought an application to judicially review the government's position that the UK will automatically leave the EEA at the same time as it leaves the EU. The court rejected their claim on the basis that it was premature, since the government had not yet taken a final decision on EEA exit mechanisms. However, it would be open to the claimants to revive their claim once that decision has been taken. Although it remains to be seen whether they will do so (their website has not been updated since February 2017), there would be nothing to prevent others raising the same issue.

In the long run, the courts may end up being used to challenge aspects of the way Brexit is being implemented, rather than the structure of Brexit itself. Businesses (and others) may opt to judicially review decisions made by the executive through the statutory instrument process underpinning the Withdrawal Bill. To the extent that Parliament or the executive are unable or unwilling to engage with complexity and/or place a premium on the need for expedition, any resulting legal fallout would ultimately play out in the courts. 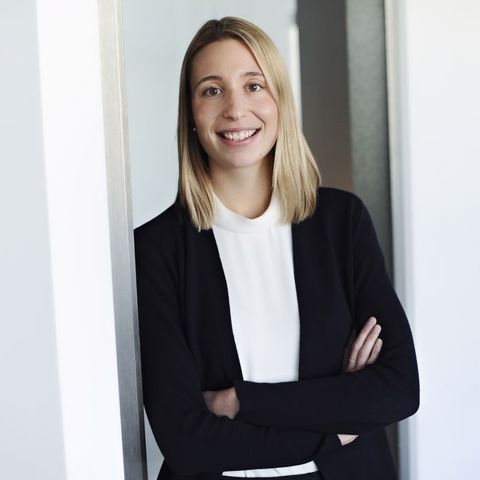