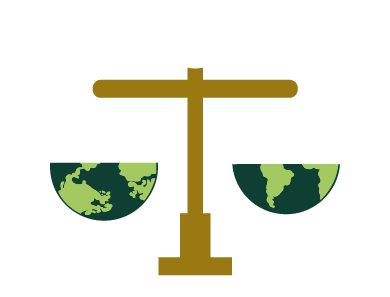 On 24 June 2021, the UK's Climate Change Committee ('CCC') delivered a report on the UK's progress in reducing emissions and adapting to climate change. This report followed the CCC's damning climate risk report (read our briefing here) just a week earlier.

The two reports were unfortunately similar in tone, with the key message of both being that the Government simply needs to do more to tackle the climate crisis. There is evident frustration in the report that the Government has neither followed the CCC's previous sectoral pathways, not set out a credible alternative.

This defining year for the UK’s climate credentials has been marred by uncertainty and delay to a host of new climate strategies. Those that have emerged have too often missed the mark. With every month of inaction, it is harder for the UK to get on track.

The main criticism from the CCC is that the Government has excelled in the setting of targets for emissions reductions but has failed to provide "a coherent plan" to achieve the targets and has delayed the development of policies and implementing measures. None of the 34 areas assessed for climate adaptation are yet showing strong progress. Of the 92 recommendations on emissions reduction made in the 2020 report, only 11 have been fully achieved. Furthermore, the 13% reduction in emissions in 2020, due largely to the lack of transport activity during the COVID-19 pandemic, is not expected to be a lasting change; emissions are expected to rebound in 2021.

Much of the progress to date has been achieved by the energy sector, with a 65% drop in emissions between 2009 and 2019. As a result, the overall emissions reduction from 1990 levels is already nearly 50%, but this does not take account of how difficult some of the remaining challenges are. The report stresses that other key sectors such as transport, buildings, industry and agriculture must also make progress in order to achieve Net Zero. It further states that the government has a backlog of "vital and long-promised plans", including strategies on hydrogen, heat and buildings, biomass and food, and critically the Treasury's Net Zero review. The impact of this lack of "credible" policies is that the UK is currently likely to miss its Sixth Carbon Budget target by a "huge margin".

The progress report makes over 200 recommendations to the Government. These include subjecting every Government policy to a "Net Zero test" to measure its compatibility with the legal Net Zero target. It recommends that the Government focus in the short term on the roll-out of EV charging infrastructure, policies for decarbonising buildings and manufacturing, capacity auctions and a hydrogen strategy.

Practical recommendations include replacing the short-lived green homes grant, phasing out gas boilers, and the use of carbon taxes to drive behavioural changes, in areas such as energy use (gas vs. electricity) and aviation.

Amongst the recommendations for HM Treasury, the report recommends that between 2021 and 2025, the Government should mandate climate disclosures for UK finance sector firms, adopt a "robust" green taxonomy with guidelines for its use, and should also consider the CCC's Finance Advisory Group recommendations on making Net Zero and adaptation plans mandatory for financial institutions and monitoring financial flows into climate action. The report welcomes steps taken by the Government to progress climate reporting, such as the consultation on reporting in the pensions sector and for some large companies (summarised in our briefing here), and work by private entities including CDP, SASB and GRI towards a global climate reporting standard. On the other hand, it notes the need for Government to better support businesses in assessing physical risk and adaptation, such as scenario analysis, and to ensure that businesses of all sizes are engaged in the Net Zero transition. A refresh of the Green Finance Strategy is expected in 2022 and should contain further details of the Government's plan to help businesses embed Net Zero and climate risk in their financial decisions.