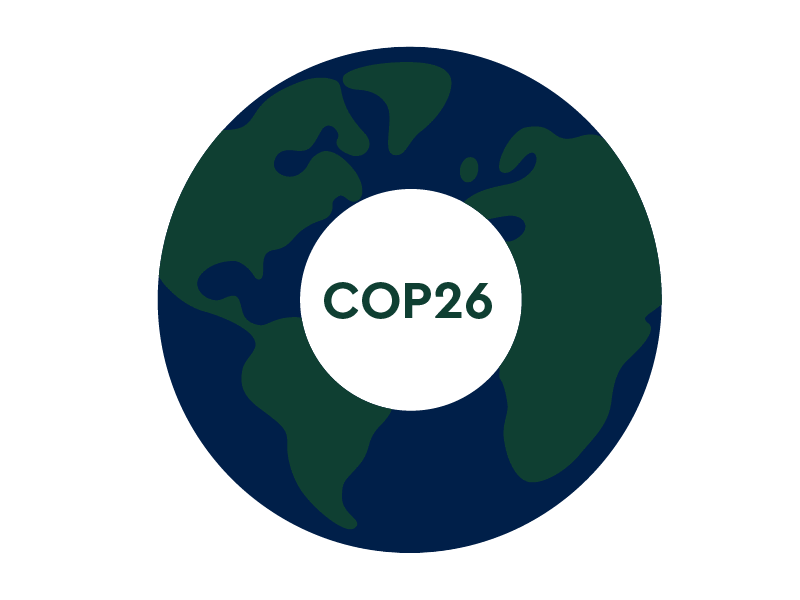 Sunday 31 October 2021 marked the official start of the 26th UN Climate Change Conference of the Parties (COP26). World leaders, climate negotiators, members of the press and media, and representatives of observer organisations descended on Glasgow to join an event which many believe to be the world’s best last chance to get runaway climate change under control.

In this article we summarise some of the week's key developments (a number of which we have commented on already) and give a brief overview of what we can expect during the second week.

More than 100 world leaders have committed to halting and reversing forest loss and land degradation by 2030.

The 'Glasgow Leaders’ Declaration on Forest and Land Use' includes Canada, Brazil, Russia, China, Indonesia, the Democratic Republic of the Congo, the US and the UK, which together cover around 85% of the world's forests. The commitment will be supported by a financial pledge to provide £8.75bn ($12bn) of finance from 12 countries, including the UK from 2021 – 2025. In addition, more than 30 of the world's biggest financial companies (including Aviva, Schroders and Axa) will also commit to end investment in activities linked to deforestation. Please see our related news alert here.

Despite clear progress in this area, there are fears that, in its current state, the pledge is more of a hopeful aim than a plan of action. Without a clear enforcement mechanism, it is yet to be seen how deforestation will be reduced. Climate campaigners have also cautioned against the risk of "greenwashing", particularly in respect of Brazil where deforestation has surged to a 12-year high.

The Global Methane Pledge was announced in September 2021 by the EU and the US jointly but formally launched at COP26, backed by over 100 countries together representing over 40% of global methane emissions. Brazil was amongst the supporters, while Australia, China, India and Russia were not. Countries signing up to it agree to collectively reduce global methane levels by at least 30% from 2020 levels by 2030, which, if achieved, should reduce warming by at least 0.2 degrees. Please see our related news alert here.

Although undoubtedly a move in the right direction, there are concerns over whether a 30% reduction in global methane emissions will be enough in the short term, particularly given that environmental campaigners have pointed out that methane emissions are often more easily prevented than other greenhouse gas emissions.

As part of the UK's Chancellors speech on Wednesday, it was announced that the Glasgow Financial Alliance for Net Zero ("GFANZ") had brought together a green commitment from major financial institutions managing $130 trillion (£95 trillion) of combined assets. The Chancellor stated that the intention is to "completely re-wire the entire global financial system for net zero".

The commitment, made by 450 firms from around the world, is to achieve net zero emissions by 2050 at the latest, deliver their fair share of 50% emission reductions this decade, and review their targets towards such goals every five years. All firms are expected to report their progress and financed emissions annually.

However, it has been argued that the $130 trillion figure stated in the Chancellor's speech may be misleading. Instead of a pool of capital waiting to be deployed specifically into green initiatives, it represents the total value of the combined assets of the 450 GFANZ members who have in place a net zero commitment. The degree to which the $130 trillion is deployed into green initiatives remains to be seen.

The UK is already set to become the first G20 country to enshrine in law a requirement to report on climate-related risks and opportunities, in line with recommendations from the Task Force on Climate-Related Financial Disclosures ("TCFD"). From 6 April 2022 c.1,300 of the largest UK-registered companies and financial institutions will have to disclose climate-related financial information on a mandatory basis, which includes many of the UK’s largest traded companies, banks and insurers, as well as private companies with over 500 employees and £500 million in turnover.

The Prime Minister of India, Narendra Modhi, became the first world leader to make an individual national pledge at COP26, when he committed India to meeting Net Zero emissions by 2070.

Euphemistically coined by Modhi as the "panchamrita" (a 5-ingredient offering used in Hindu religious worship), India's five points to achieving net zero are as follows:

In 2020, India's Central Electricity Authority (CEA) produced a report, which gave certain projections on the country's energy mix in 2029-30. The report revealed that India's current installed non-fossil energy capacity – made up of hydro (45.4GW), renewables (82.6GW), and nuclear (6.8GW) – was 134.8 GW and is projected to be 535 GW (out of a total installed capacity of 817 GW 2030). Under this scenario India will be able to achieve its first aim of increasing its non-fossil energy capacity to 500GW by 2030.

India's remaining targets are certainly more ambitious. According to the CEA report, India's second aim is based on the projection that by 2030, Coal (+ lignite) will constitute 266 GW of the country's energy mix – an increase of just 63 GW from 2019. However, while India must abruptly end its investment in coal if it is to achieve these goals, with over 35 GW of coal plants under construction and an energy system that continues to be heavily reliant on thermal power, this is easier said than done.

India's five-point plan to achieving Net Zero by 2070 is nevertheless a determined and ambitious target. It has been reported that, taken with other recent pledges on emissions made in Glasgow, India's new targets could be enough to bring the world's emissions trajectory on a pathway below 2oc for the first time (subject to corresponding commitments materialising). However, this figure has been disputed by some and still remains greater than the preferable 1.5oc target outlined in the Paris Agreement.

The Future of Coal

On Thursday, when the conference focussed on the green energy transition, more than 40 countries agreed to move away from coal-fired energy over the next two decades. In the Global Coal to Clean Power Transition Statement, countries from all corners of the world committed to achieve a transition away from unabated coal power generation, in the 2030s for major economies and in the 2040s for others. This includes not issuing any new permits, not beginning construction and ending direct government support for unabated coal-fired power generation. It is expected that developed countries will need to deliver significant financial resources for developing countries to ensure "a just transition" away from coal.

Supporters of the statement include some countries which continue to rely heavily on coal, including Canada, Poland and Ukraine. Conspicuous by their absence were Australia, China, India and Russia. Similarly, the US declined to support the statement, though media reports suggest that US officials had engaged with the draft text and negotiated intensely for it to exclude certain advanced coal facilities which can capture CO2.

Without the support of some of the world's most coal-dependent nations, the statement must be viewed as a first rather than the final nail in the coal-filled coffin.

What to Expect Next Week

Next week will begin with a discussion on adaptation to climate change and climate resilience, which is a key area that has been historically overlooked and underfunded. On Tuesday we will see leaders explore how women are disproportionately impacted by climate change and how their leadership is critical to limiting temperature rise. Discussions on Wednesday will focus on certain hard to decarbonise transport sectors such as shipping and aviation. Thursday will be the last dedicated day of the programme, and will be devoted to urban living, planning and the built environment. The conference will then draw to a close on Friday, pending any final negotiations and last minute commitments being made. 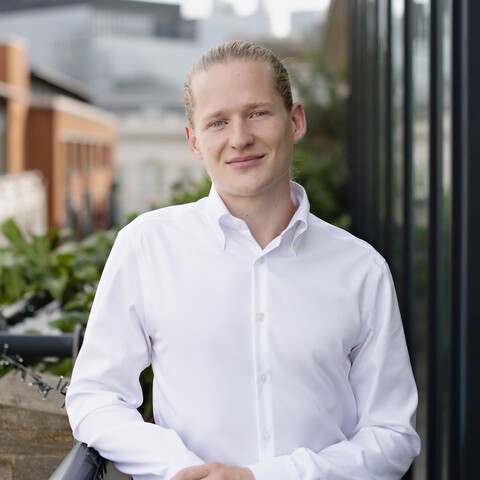