Now over three quarters of the way through its probationary lifespan, the Disclosure Pilot Scheme (DPS), is bedding down and elements of Practice Direction 51U which were always going to need further guidance have recently been given their first consideration under the judicial spotlight.

Rather neatly, three recent remote hearings in different cases subject to the DPS have illuminated three distinct aspects of the scheme which not only help to clarify the approach we can expect from judges, but also offer some practical guidance for users of the DPS.

In broad summary, in keeping with the spirit and purpose of the Practice Direction, these three judgments similarly aim to rein in and hold the burden of disclosure to the "reasonable and proportionate" litmus test. Each is looked at below in turn.

In this judgment, from the first CMC in a case springing from the use of allegedly questionable cladding in the wake of the Grenfell Tower fire, a light was shone on the issue of "Narrative Documents".

Narrative Documents are defined at paragraph 1.11 of Appendix 1 to Practice Direction 51U as documents which are "relevant only to the background or context of material facts or events, and not directly to the Issues for Disclosure".  Orders for Model D disclosure under the DPS – which are broadly akin to old-style orders for standard disclosure – must specify whether or not Narrative Documents are included within their scope; if an order is silent on the point, the default position is that they are not.

Here, the first defendant had sought disclosure from a third party and had requested that Narrative Documents be included in that disclosure, although it had also purported to narrow the definition in the Appendix to PD 51U with the addition of the words: "… and which is identified from a keyword search carried out in connection with any of the Issues for Disclosure."

Rejecting the first defendant's request, the judge found strength in the third party's submissions that for disclosure of Narrative Documents to be justified there must be both:

"(1)       a real (as opposed to a fanciful) prospect that in connection with a particular issue a document exists which is relevant only to the background or context of material facts or events, and not directly to the Issue, but which would none the less be sufficiently important to the parties' cases that it merit searches, analysis and the other costs of disclosure; and

(2)         no real likelihood that such a document will emerge as a result of the disclosure exercise in respect of any other Issue."

The judge also seemingly endorsed, at least to some degree, a submission that disclosure of Narrative Documents might only be deemed appropriate in complex fraud cases in which an understanding of the facts in question demands a comprehension of the broader context.  It therefore seems that obtaining narrative disclosure in future cases will often be something of a tough ask.

In this judgment, the judge helpfully clarified the scope of the disclosure obligation that arises in respect of "adverse" and "known adverse" documents under PD51U.

A document is adverse for the purposes of the Practice Direction "if it or any information it contains contradicts or materially damages the disclosing party's contention or version of events on an issue in dispute, or supports the contention or version of events of an opposing party". "Known adverse documents" are documents of which a party is actually aware "without undertaking any further search for documents than it has already undertaken or caused to be undertaken".

Notwithstanding that PD51U makes clear that parties need not undertake additional searches for adverse documents beyond those that they have already made,  the judge considered that the obligation in PD51U to disclose such documents would be "emasculated" if this was taken to mean that no checks had to be carried out for them whatsoever.  He therefore drew a distinction between carrying out "searches" and carrying out "checks".  Echoing the language used throughout PD 51U, he held that there was a duty on parties at the outset to undertake "reasonable and proportionate checks" to ascertain whether they had any such documents.  Having done so, there was then a duty to take reasonable and proportionate steps to locate those documents.

The judge further clarified that, for cases "of any complexity at all or an organisation of any size", such checks "will require more than a generalised question that fails to identify the issues to which the question and any adverse documents may relate." Asking only the "leaders or controlling mind of an organisation" would not be enough unless the issue did not concern anyone else.

That said, in relation to the "continuing" nature of the obligation to disclose known adverse documents (derived from paragraph 3.1(2)), the judge pointed out that the Practice Direction neither states nor implies a duty continuously to carry out checks and he deemed that doing so (even periodically) would be overly onerous. Only if there should be a change in circumstance such as a material shift in the position of the parties, or if new documents came to light, would there be a need to revisit the initial checks he considered it necessary for parties to carry out.

In this decision, the court grappled with the issue of "Initial Disclosure" for the purposes of PD51U 5.1.

PD 51U 5.1 states that each party must provide to all other parties at the same time as its statement of case what is known as Initial Disclosure, in the form of a list (as well as copies) of the key documents on which it has relied and the key documents that are necessary to enable the other parties to understand the claim or defence they have to meet.

Here, the claimants had challenged the scope of the Initial Disclosure made by the defendant and sought additional documents "relating to" various issues set out in the Defence.  The court rejected their request.  It held that, while the documents sought may be "necessary to evaluate and weigh the prospects" of the Defence, and "may well be within the scope of extended disclosure", they were not necessary "to understand the defence that the claimants have to meet and answer."  They were therefore outwith the scope of Initial Disclosure.

Perhaps crucially, the court found that none of the additional documents sought were "expressly or impliedly identified in the pleaded paragraphs", and that the claimants were merely speculating over their existence. This suggests the court will not look favourably on what might appear to be speculative and probative disclosure requests at such an early stage. At a minimum, requests for additional Initial Disclosure would therefore do well to confine themselves to documents the existence of which is already confirmed, or at least whose existence is inevitable. 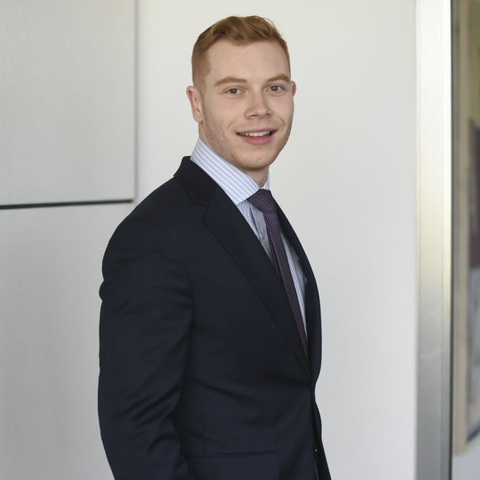 Mitigating a Data Breach: Insider Threats - Episode 1 - why insider threats must not fall under the radar