Release of the white elephant? Court of Appeal opens the door to £5bn multi-jurisdictional group litigation

On 8 July 2022, the Court of Appeal handed down its long-awaited judgment in the Municipio De Mariana group litigation claim, granting permission for some 200,000 Brazilian claimants to pursue in the UK their group action for damages caused by the collapse of the Fundão Dam in Brazil in 2015.

The Court of Appeal overturned the High Court's decision (please see our briefing) (which struck out the claim as an abuse of process) and also found for the claimants in respect of the defendants' various jurisdictional challenges. The Court of Appeal's decision is important in signalling the English courts' willingness to hear complex multi-jurisdictional group claims, even when there are parallel proceedings on foot abroad.

The Claimants: with over 200,000 claimants seeking compensation for losses, the Municipio De Mariana case will be one of the largest group litigation claims ever heard in the courts of England and Wales. The claimants are all Brazilian and comprise: (a) over 200,000 individuals; (b) 530 businesses; (c) 15 churches and faith-based institutions; (d) 25 municipalities; and (e) 5 utility companies.

In 2015, the Fundão Dam in southeast Brazil collapsed, triggering the release of a flood of mining waste that destroyed villages, killed 19 people and polluted 400 miles of waterways. This resulted in widespread socio-economic damage, with an estimated cost of remediation and compensation of at least R$155 billion (around £26 billion at today's exchange rate).

The dam was owned and operated by Samarco Mineração SA (Samarco), a joint venture between two of the world's largest mining companies, Vale and BHP.  Following the disaster, claims have been brought against these entities in the US, Australian and Brazilian courts.  The defendants have set up an entity, the Renova Foundation, to implement remedial programmes to deal with the environmental impact as well as compensate individuals and small businesses.  However, in 2018, dissatisfied with the redress available, over 200,000 Brazilian claimants initiated proceedings in England and Wales, seeking compensation of £5 billion from BHP Group PLC, a UK company (BHP UK) and BHP Group Limited, an Australian company (BHP Australia), the ultimate parent companies of the BHP entity that owned Samarco along with Vale.

At first instance, the High Court allowed four applications by the defendants to strike out or stay the claims on the basis that they were, inter alia, "a clear abuse of process". In reaching that conclusion, Turner J found that the English proceedings would give rise to an acute risk of irreconcilable decisions between the English and Brazilian courts, and that there were multiple existing routes of redress in Brazil. He noted that, if the claimants were allowed to progress their English and Brazilian claims simultaneously, it would "foist upon the English courts the largest white elephant in the history of group actions".

Applications to stay / strike out

The defendants applied to strike out or stay the claims on four bases:

The Recast Brussels Regulation is an EU instrument which determines jurisdiction where the defendant is domiciled in the EU and the proceedings in question were commenced on or after 10 January 2015. Despite Brexit, the Regulation will continue to apply in the UK to proceedings instituted on or before 31 December 2020.

The Court of Appeal judgment

The Court of Appeal allowed the claimants' appeal and dismissed each of the defendants' four applications to strike out/stay the claims detailed above, finding that the first instance judgment was "flawed in a number of respects and wrong".

In overturning the High Court's judgment, the Court of Appeal provided useful guidance on when a claim will amount to an abuse of process:

The Court of Appeal found that Turner J had erred in determining that a stay would be necessary for the proper administration of justice. Contrary to the conclusions of Turner J, it found there was relatively limited overlap between the English and Brazilian proceedings and also noted the potential for significant delay if a stay were granted.

The Court of Appeal applied the two-stage Spiliada test, namely (i) were the Brazilian proceedings clearly and distinctly a more appropriate forum for the case to be tried; and (ii) if so, the court should grant a stay unless there was cogent evidence that the claimants would not obtain justice in Brazil. The Court of Appeal held that (ii) was not met: the claimants had shown that the R$I55bn class action being brought in Brazil was the only available alternative route for the claimants (if the claim against BHP Australia was not heard in England), and that there was a real risk that they would not obtain substantial justice through this route.

Whilst the court has a discretion to order a stay to await the outcome of foreign proceedings as part of its case management powers, it will only exercise it in rare and compelling circumstances. The Court of Appeal found that, for the reasons given when addressing the abuse of process and Article 34 applications, a stay was not in the interests of justice in this case.

This is an important decision in the context of multi-jurisdictional collective actions brought in the English courts, particularly in respect of environmental disasters. A string of cases in recent years, including Vedanta and Okpabi, have already demonstrated the English courts' willingness to allow novel and ambitious claims against UK-domiciled parent companies for events involving their foreign subsidiaries to overcome early procedural hurdles in England in certain circumstances. (We discuss parent company liability claims in the 2021 edition of our DR Yearbook.) UK-domiciled companies with overseas operations should therefore continue to keep under close review group-wide policies and procedures, and consider their potential liability arising through the operations of their overseas subsidiaries.  This is particularly so because we expect high-profile claims such as Municipio de Mariana to embolden UK claimant law firms to bring more ambitious transnational litigation claims, likely with the support of litigation funders.

The Court of Appeal's decision in Municipio de Mariana is of particular interest because it shows that the English courts may be willing, in some circumstances, to accept that they have jurisdiction to hear transnational litigation cases even where there are related proceedings and remediation programmes on foot in the foreign jurisdiction where the events in question took place.  However, the question of whether parallel proceedings and/or a remediation programme in another jurisdiction should result in a stay of English proceedings is highly fact-specific, and there may well be other cases in which those alternative redress routes are sufficient to warrant a stay: the court will scrutinise closely whether the foreign proceedings/programmes do in fact provide adequate alternative routes of redress for the claimants.

It is also important to remember that, as with both Vedanta and Okpabi, the Municipia de Mariana decision was in the context of an early procedural application, rather than a substantive trial.  Accordingly, the English court has not yet fully considered, with the benefit of the extensive evidence that would be available at trial, questions of liability in relation to one of these novel parent company liability claims. Further, although some recent claims have overcome procedural hurdles, other high-profile transnational environmental claims prefaced on alleged parent company liability have struggled to overcome procedural and logistical challenges. (We wrote about two of these claims, Jalla and Okpabi, in our recent article on large-scale group litigation.)  Therefore, it should not be assumed that cases like Vedanta, Okpabi and Municipia de Mariana will necessarily herald significant changes to established English legal principles. 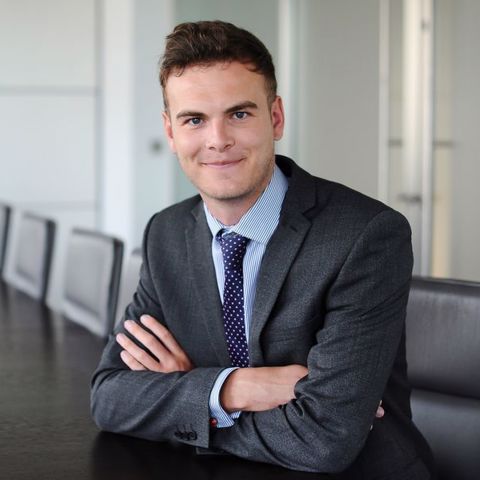