Travers Smith has announced today that Rob Fell has been appointed as the new Head of the firm's Dispute Resolution Department, with effect from 1 January 2018. 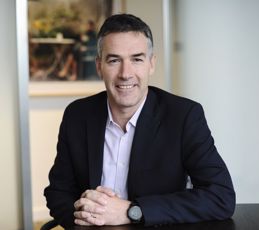 Rob has been a Partner in the Dispute Resolution Department since 2008. His  practice covers a wide range of contentious work including financial  institutions disputes, along with regulatory investigations. He recently led the teams advising the Bank of England on investigations into its own conduct  during the financial crisis.

As Head of Dispute Resolution Rob will lead a team of over sixty lawyers. He has succeeded Stephen Paget-Brown, who has led the practice for the past  six years, completing the maximum two terms in the role. Stephen will remain a Partner in the Dispute Resolution team and will continue with his other existing responsibilities at the firm.

Travers Smith's Managing Partner David Patient commented: "The Travers Smith Dispute Resolution department has grown to become one of the firm's key areas of focus over the last few years and has carved a strong and growing reputation in the market. I would like to thank Stephen for his dedication and leadership over the last six years, which have been key to the significant growth and recognised success of our practice. Many congratulations to Rob on his appointment. I have no doubt that our disputes practice will continue to go from strength to strength under his leadership."

Stephen Paget-Brown commented: "When I became the Head of Department in January 2012, I aimed to put our Dispute Resolution Department on the map, achieve excellence in every aspect of our work and operations, forcefully address diversity deficiencies, and create a working environment that was distinctly different and better than our competitors. It has been very rewarding to lead a growing and flourishing department that has achieved so much over the last six years, and to have built a team of truly excellent high calibre partners and associates. Having handled some of the most substantial cases in London over recent years we are now recognised as one of the leading litigation teams in the London market, with a depth of talent that is the envy of many firms. I would like to thank the entire team for their support, hard work and dedication to establishing our reputation for uncompromising excellence. I have every confidence that the department will continue to attract some of the most complex, challenging and significant cases in the London market over the coming years."

Rob Fell added: "Our team has taken a significant leap forward under Stephen's leadership and is in a markedly different place to where it was six years ago. I am very honoured to have been given the responsibility to build on the excellent work that has been done by Stephen and my fellow partners to put our practice on the map. Stephen will be a very hard act to follow as leader of this brilliant team. I am excited at the prospect of working alongside him and the rest of my talented colleagues as we take our practice to the next stage of its development."

Travers Smith's award-winning Dispute Resolution department has an excellent reputation offering a comprehensive service to clients covering complex commercial litigation, arbitration, contentious regulatory work, investigations and ADR. A significant amount of the work that the team carries out has an international dimension, usually acting for an overseas client litigating in England, seeking to enforce or resist enforcement of foreign judgments and arbitral awards or managing parallel proceedings in England and in jurisdictions elsewhere. In the last few years the team has acted on a string of complex and high profile disputes including advising:

Travers Smith's investment in the Dispute Resolution practice is further demonstrated by the promotion of Heather Gagen to the firm's partnership in 2017.

Travers Smith advises S4Capital plc on the agreed merger of its data and programmatic media practice, MightyHive, with Lens10